On RLTs: a worrisome future ahead

Limping along Cryfield Village, a huge ankle boot on my left foot, struggling to use my newly acquired crutches, I am stopped by a man I recognise only from a photograph pinned up in my flat. He asks if I am okay, and I respond to tell him I am on my way to the hospital because my toes have turned blue, and I cannot feel them. This was in my first term of my first year, approximately November 2020. I had broken my ankle in a drunken accident the night before, and I was feeling very alone, isolated, and angry at myself.

This was the moment I realised that no matter what happened in my first year, the Residential Life Team system was there for a good cause

After the exchange we had in person, I decided to send him an email to let him know that I was okay. What followed was a lovely exchange where he revealed that he had injured his ankle badly in his undergrad himself, and in fact had a metal left foot. Not only did the real human relatability help my mental state, but he was also able to contact disability services on my behalf so that they would be aware of my condition and provide me with a seat for my shower.

This was the moment I realised that no matter what happened in my first year, the Residential Life Team (RLT) system was there for a good cause – to look out for our wellbeing.

There were mixed opinions on RLTs in my first year, it being the Covid year, many wanted to avoid being caught hosting parties in their flats or staying the night at another person’s flat when it wasn’t allowed. They were akin to cops, or security, but I think this narrative was unfair to them.

From speaking to friends who are RLTs, it has become clear that most of them did not originally become RLTs with the knowledge that in 2020, not only would there be an outbreak of Covid-19, but it would last years. They did not go into the position with the desire to stop freshers from socialising, but instead, it became necessary to protect the wider community, knowing that there were residents in their blocks that were vulnerable to the virus.

I hope they seek to improve the training and welfare of the current system, rather than changing the system to one which seems worse

The current RLT system is not perfect. There are clear issues that have been highlighted by friends who volunteer for the position, as well as established during the Protect Warwick Women protests in my first year. There are definitely changes that are necessary: for example, better training on welfare and wellbeing, but the proposed changes only seem to make this issue worse by limiting the support on campus, putting more responsibility into the hands of already overworked community safety team members, and reducing the hours that the proposed Residential Community Assistants will be on duty.

I think back to my first year and the unique situation happening at the time, as well as all of the personal changes I went through myself, and I wonder what things would have been like if the proposed changes were in place when I was a resident in on-campus accommodation. I do not think I would’ve had the care for my wellbeing that I experienced, I think that the already hostile environment that had been established with the over-worked campus security (now community safety) would have been even more hostile, and most importantly, I do not think I would have felt as safe with the limited amount of support available in residential areas that would exist with these proposed changes.

Ultimately, my personal hope is that the University realises the grave mistake they are making with these proposed changes, and overhauls the decision to cease the RLT system. Instead, I hope they seek to improve the training and welfare of the current system, rather than changing the system to one which seems worse for student welfare. 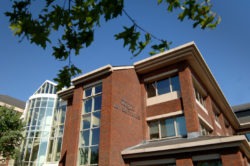