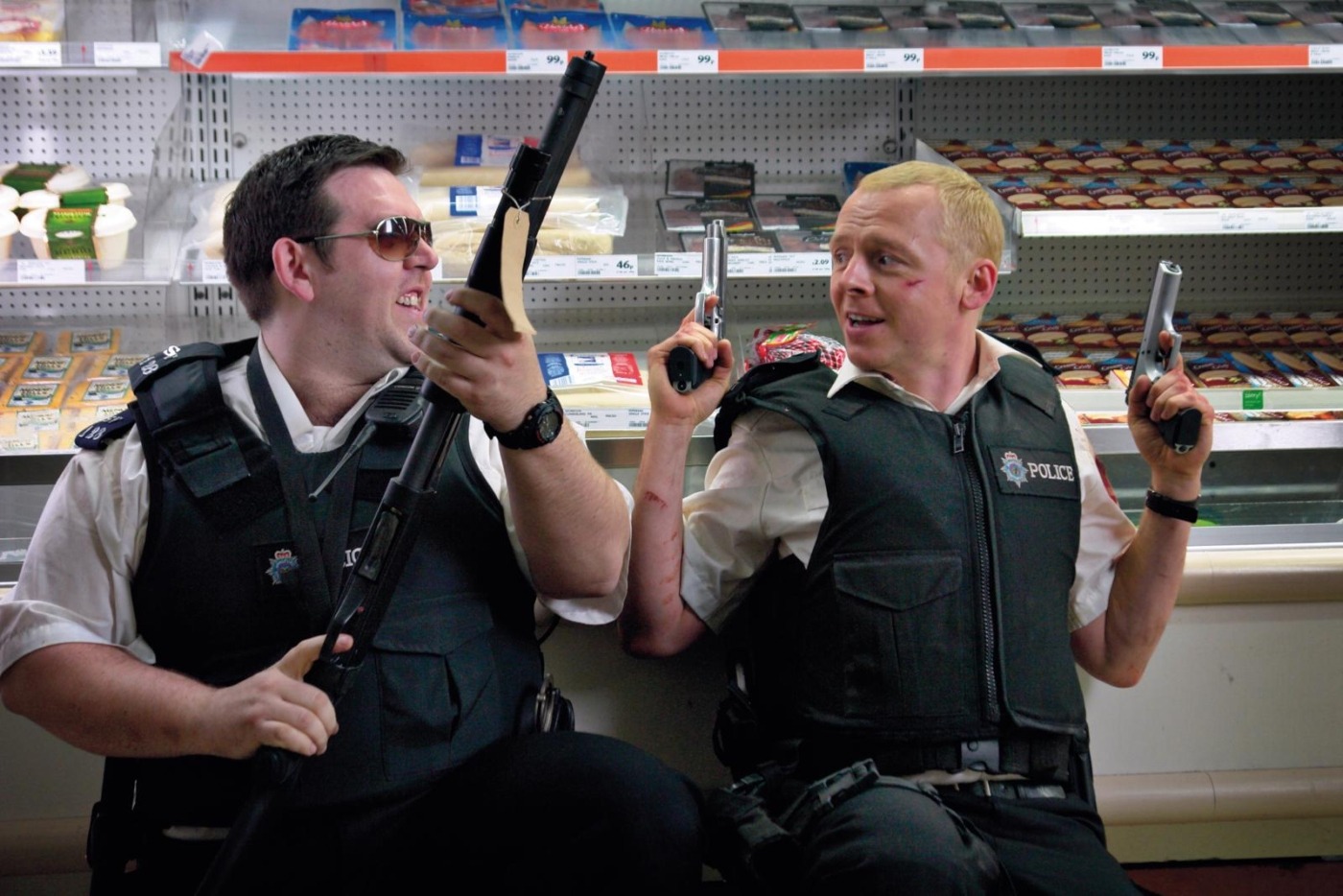 I’ve seen a lot of films in my life- 1,720, if Letterboxd is to be believed. So how do you whittle it down to just ten? Some choices leapt out at me, but I also considered the films I’d love to revisit or that stuck with me long after watching them. Many films that I enjoy didn’t make the cut, including the works of my favourite actor James Stewart, but I think these are a good bunch that reflects my preferences.

Well, if you know me, this won’t come as a surprise – the Toy Story films are my absolute favourites, though I won’t bore you by taking up four spots. Pixar’s first animated film is an absolute classic, seeing Woody try and cope with the arrival of new toy Buzz Lightyear. Everything lands – it’s funny and full of great lines, it’s packed with heart, it’s inventive, it never slacks, the music is great, the toys are full of character, and I could go on. If ever the Toy Story films are playing, I’ll never turn down the chance to rewatch them.

This is another perfect franchise – I discovered this second film by accident and it’s one of the funniest I’ve ever seen. Leslie Nielsen is perfect as Frank Drebin, remaining deadpan as he investigates a plot to kidnap a scientist advocating green energy as silliness ensues all around him. There are so many brilliant sequences and perfectly delivered lines, I could fill an article with them. From the opening White House dinner to a bathroom fight with an assassin, it’s as surreal as it is hilarious. Definitely give it a watch, and then another to find all the jokes you missed the first time round!

Sometimes, you need big, goofy blockbusters, and The Mummy Returns delivers on that front in spades. The ever-charming Brendan Fraser must fight against Imhotep and the threat of the Scorpion King, and the whole watch is an adventure from start to finish, bolstered by Alan Silvestri’s bombastic score. There are lots of great set-pieces, including those in the two final fights, and a great cast – John Hannah is brilliantly funny as Jonathan, and the younger me had such a crush on Rachel Weisz, particularly after watching the Egyptian knife fight.

M. Night Shyamalan either delivers or flops – and he really delivers in Unbreakable, his best and one of the greatest superhero films ever made. The film sees David Dunn (Bruce Willis) survive a train crash without a scratch, bringing him into contact with Elijah Price (Samuel L. Jackson), a man with a rare medical condition meaning his bones break easily. Price encourages David to use his powers for good, but get the typical superhero formula out of your head – this film is quiet, understated, and driven by a phenomenal James Newton Howard score.

I’ve never been quite as excited watching a film in the cinema as I was with this one. I laughed, I cried, I cheered – all at a film that was exciting, yes, but felt like a love letter to a character I’ve loved since I watched the first Spider-Man in cinemas in 2002, as an impressionable seven year old. The film holds up in its own right, but there’s a special thrill that comes with seeing the return of Willem Dafoe’s monstrous Green Goblin, who’s scarier than ever. And the shot of all three Spider-Men swing together around the Statue of Liberty, silhouetted against the Moon – truly magical.

I’m a big horror fan, so it’s only right that some horror appears on the list. This film sees the incomparable Vincent Price appear as a vengeful actor, taking revenge on critic in murders themed around Shakespeare’s plays. It’s a film of its era – it’s unashamed campy fun mixed with some brutal deaths works so well, because it’s clear how much fun Price is having as the baddie.

A film that crosses Midsomer Murders with Lethal Weapon really shouldn’t have worked – but Hot Fuzz does, and then some. Simon Pegg stars as an ambitious policeman transferred to the West Country, where he starts investigating a series of gruesome ‘accidents’. There are shifts in focus and yet the film feels like a cohesive whole, and one that rewards lots of rewatches (I can attest to that). I particularly loved Timothy Dalton’s character, channelling so much sleaze as the sinister supermarket manager Simon Skinner – he’s a slasher… of prices!

I love Westerns, and Clint Eastwood’s brutal revisionist Western is one of the best. He stars as William Munny, a former outlaw reluctantly enlisted on a revenge mission that showcases how awful and meaningless violence can be. This is a compelling story about right and wrong, and stories themselves, and sees Gene Hackman turn in a terrifying performance as the sadistic sheriff Little Bill Daggett. It culminates in an unforgettable final sequence that I won’t spoil, but that I still think about from time to time. The best films stay with you – Unforgiven stays with me.

I happened to catch The Thing late one night as a kid, and it made a definite impression! Set in a cold and claustrophobic Antarctic research base, a research team is hunted by a shape-shifting alien that can assume the appearance of its victims. It boasts a lot of great special effects, but this film shines because of the sense of fear and paranoia that only grows throughout the runtime. The men (led by an impressive Kurt Russell) are driven to meltdown, and even the climax may not offer any relief…

Let’s end with another spot of comedy, and the spoof that opened cinema doors to spoofs. The film sees a man try to land a plane safely after the pilots fall ill, but that’s not why we watch – no, it’s all the gags, which still work effectively. From Ted Striker and his drinking problem to an unhinged Lloyd Bridges as the tower supervisor McCroskey, this is a comedy film packed with great characters, where the actors clearly have fun playing the silly lines straight.

Five Films which shaped my first year at Warwick