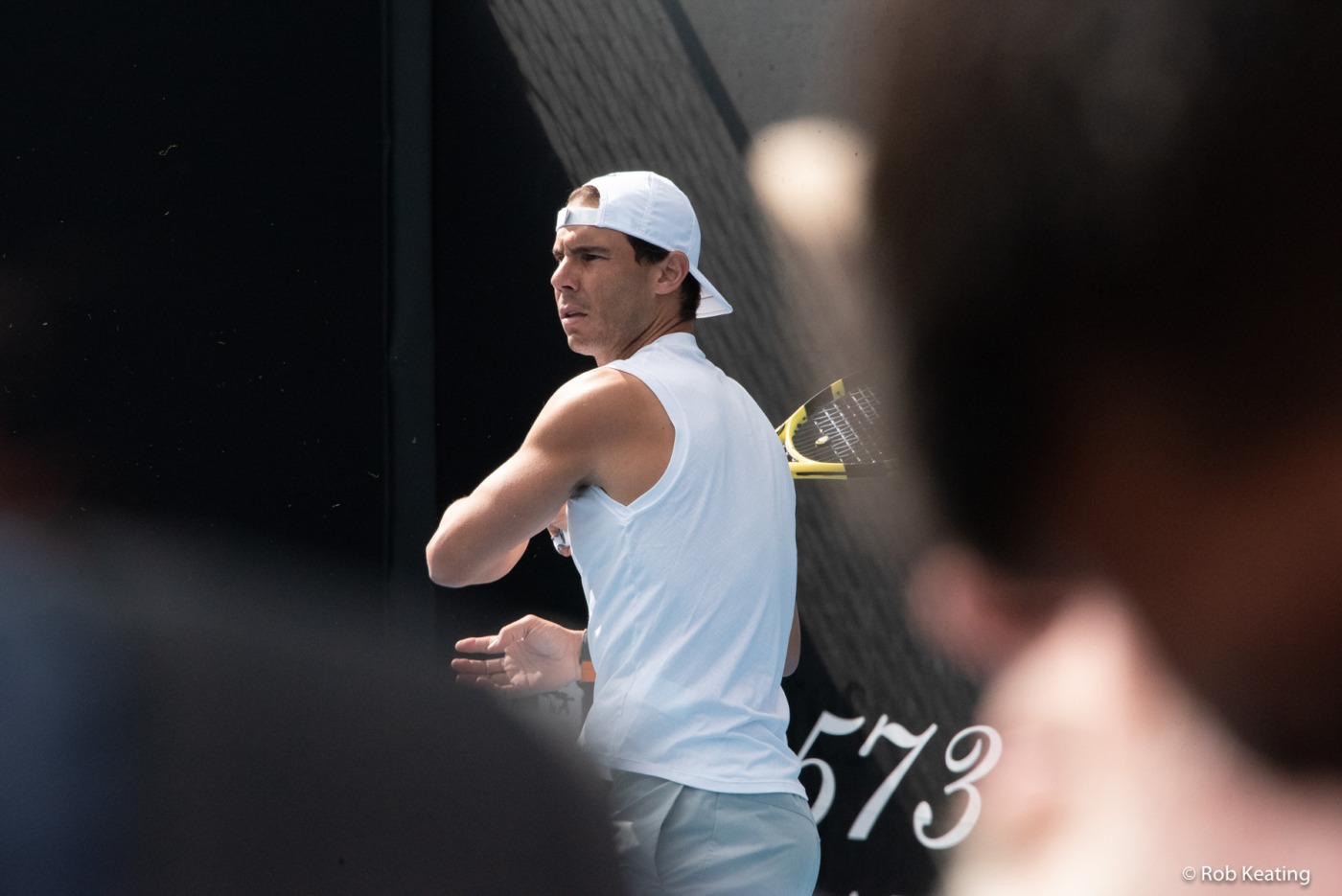 It was a superb and ruthless display that picked apart the Norwegian player, delivering a 6-3 6-3 6-0 straight set victory. Nadal, who arrived in the tournament with injury and retirement questions over his head, defied the years, winning in just two hours and 18 minutes.

He now moves two ahead of his great rivals Roger Federer and Novak Djokovic in the all-time rankings, and extends his phenomenal record of winning 112 of his 115 matches played at Roland Garros.

Nadal set the stage early, breaking his Norwegian apprentice’s serve in the second game of the match with a beautiful forehand winner. He then inexplicably faltered, producing a series of unforced errors that put Ruud on the scoreboard, but his opponent did much the same in the next game. Nadal had a 3-1 lead, and Ruud fought back valiantly, but the Spanish player punished him for his struggling groundstrokes. 48 minutes later, after holding his remaining three service games, Nadal took the first set 6-3.

Ruud needed to fight back, and he began strong in the second set. Nadal missed break points in the opening game, and then he double-faulted himself on break point to trail 3-1. This double-fault would, it later transpired, was Ruud last mark on the scoreboard – Nadal started to roar back, the momentum building with each win. After a tense rally, Ruud sent a forehand wide, and then Nadal consolidated his service game to bring the pair level. He broke Ruud’s serve to go in front for the first time, and was soon 5-3 up. He earned double set point with a brilliant cross-court winner – Ruud saved three set points, but double-faulted on the fourth.

It was all Nadal now – Ruud would have needed a miracle to come back, but his confidence levels appeared to drop in set three. He punished his opponent, consolidating his hold to move swiftly into a 3-0 lead, and then won his ninth game in a row when Ruud volleyed into the net. The Spanish player breezed through the fifth game, and a fierce cross-court shot handed him two championship points. A backhand on the second delivered him the win, taking the set in under 30 minutes and sealing his historic achievement in the process.

The King of Clay re-established his dominance on the surface, and now he’s in prime position to hunt down Serena Williams for the overall record of the most Grand Slam wins ever

After the match, Ruud said: “This is a first time for me so let’s see how I do. The first and most important thing is to congratulate Rafa. It’s your 14th time, 22nd all around in Grand Slams. We all know what a champion you are.

“Today I got to feel how it is to play against you in a final. It’s not easy and I’m not the first victim. I know there have been many before!

“To you Rafa, your team, your family, you have taken me into your Academy with open arms, also my family. You are a true inspiration for me. We all hope you will continue for some more time.”

Then, it was Nadal’s turn. He said: “Merci, merci beaucoup. First of all, Casper, it’s a real pleasure to play with you a final here in Roland Garros. You are great. I want to congratulate you for an amazing career you are having. Especially these two weeks, I think it is a very important step forward. I am very very happy for you and your family and your team. I wish you all the very best for the future.

“I have to follow with my team, my family, everybody. It is completely amazing, the things that are happening this year. I can thank you very very much for all the things you are doing with me and did over all of the years. Without you none of this would be possible.”

There were fears that Nadal would take this opportunity to announce his retirement, especially with recent tournament withdrawals linked to his foot injury. But nope, he said that he was going to keep going: “I want to continue saying thank you to everybody who make possible this event. For me and I think for a lot of people who love the history of this sport it is the best tournament of the world so thank you everybody who make possible this great event. You make me feel like home.

“For me personally, it is very difficult to describe the feelings that I have. It’s something that I never believed; I would be here at 36, being competitive again, playing in the most important court of my career one more time in a final. It means everything to me. It means a lot of energy to try to keep going. I just want to say merci, merci beaucoup.”

The King of Clay re-established his dominance on the surface, and now he’s in prime position to hunt down Serena Williams for the overall record of the most Grand Slam wins ever. There was a time when Pete Sampras retired with 14 Grand Slams to this name, and it was unimaginable that anyone could pass that. Now, Nadal has equalled that record in one tournament alone. He is the greatest player ever at the French Open, and further staking his claim at the greatest of all time.