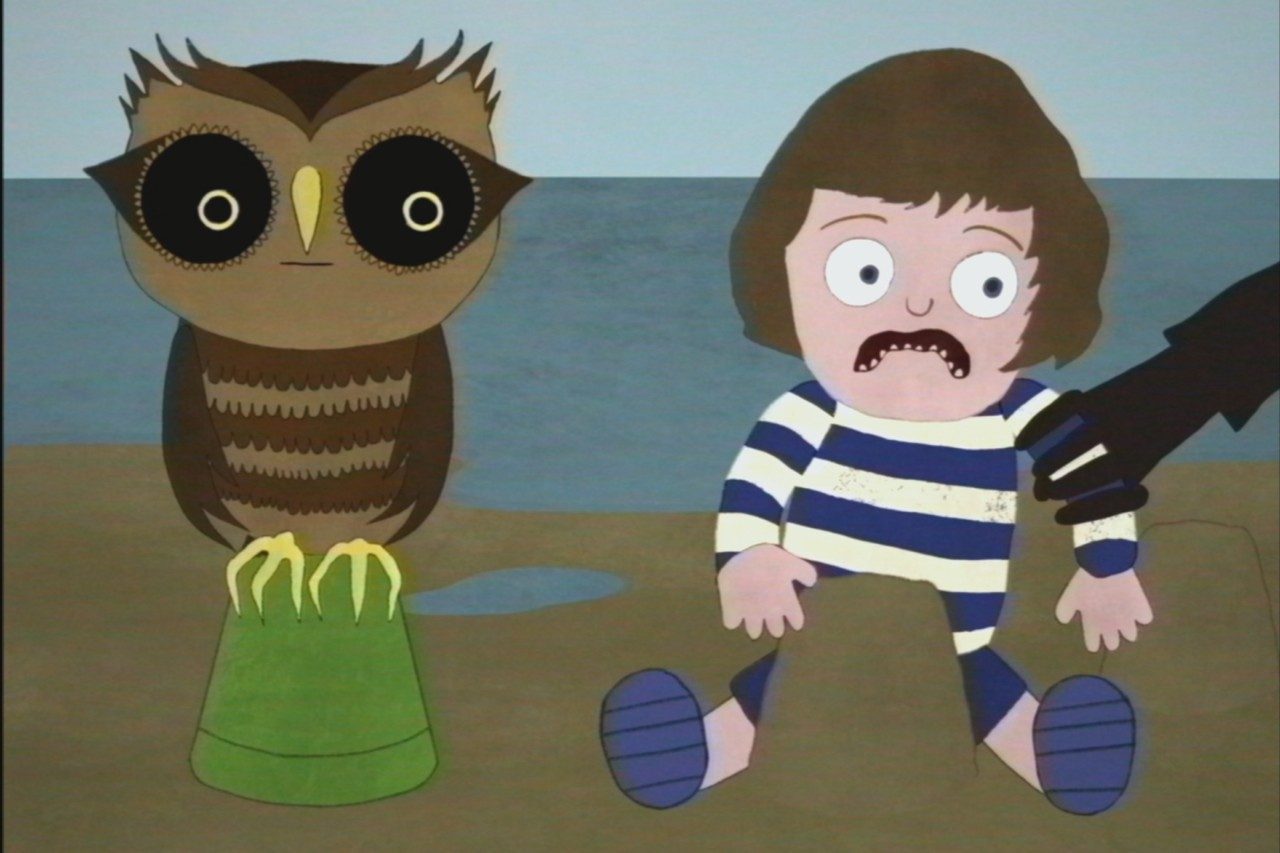 Inside No.9: ‘Wise Owl’ is brutally dark

If you were a child of a certain age, you’d have grown up watching public information films. They did what they promised, providing information about some kind of hazard or danger, but often in what (in retrospect) were horrific ways. Check out this brutal monstrosity, warning children about the dangers of electricity, for a very vivid sample of how people in the 1970s and 80s were educated through fear. Yet, for a certain era, there’s also a dark nostalgia for these films. And this is the nostalgia that Steve Pemberton and Reece Shearsmith have evoked in their final Inside No. 9 of the series, producing a really dark episode in the process.

In the 1970s, there was a public information character called the Wise Owl (Ron Cook), whose helpful advice kept children safe from all forms of harm. The character had a lasting impact on many people, especially Ronnie (Shearsmith), who has spent his life trying to do the right thing. But now, as a miserable and disturbed adult in a house full of taxidermy animals, Ronnie is reckoning with the legacy of the Wise Owl, and his relationship with the character may lead to the unearthing of a series of untold horrors.

In another Inside No. 9 first, ‘Wise Owl’ is partially animated, with the episode cutting between Ronnie’s story and what initially appear to be Wise Owl films, but which soon take on a much darker overtone. We begin with the owl teaching viewers about the dangers of electricity and fire, but subsequent appearances go dark – there’s a film about taxidermy in the middle of the episode that is macabre in how upbeat it is. It’s hilarious yet disturbing, and this is a balance that Inside No. 9 can hit perfectly – that it leads to a grimly comic visual is a bonus treat in itself.

…she mixes in the animation and a terrifying dream sequence seamlessly

Usually, each run of Inside No. 9 ends with a horror episode – I don’t know if it would strictly be right to call ‘Wise Owl’ horror, but it is dark, and at some points painfully so. We begin with the dark sight of Ronnie trying to commit suicide in the bath, and incredibly, things get darker from there. Director Louise Hooper adroitly moves things from sunlight to dark blues as secrets spill out (drip-fed to perfection through Pemberton and Shearsmith’s script), and she mixes in the animation and a terrifying dream sequence seamlessly. I’m really impressed that the episode shifts from really quite harrowing to an almost positive ending, and that it works – unlike last week, I think the tonal shift is both earned and effective.

…it’s also an incredible and inventive capper to a phenomenal run of Inside No. 9

Kudos must go to Shearsmith here, as the episode is largely on his shoulders – he plays misery well, and he gets a lot to do here, particularly opposite Cook as the Owl. The shift in how we react to these characters, occurring in just 28 minutes of runtime, is unbelievable, and a testament to the quality of the writing and the act. Pemberton ejects a touch of humour into proceedings as a neighbour with a taxidermy job for Ronnie, while Georgie Glen crops up very briefly as Ronnie’s mother, telling us a lot in very little time.

Be warned, ‘Wise Owl’ is a brutally dark episode, but it’s also an incredible and inventive capper to a phenomenal run of Inside No. 9. Pemberton and Shearsmith have a talent for crafting whole worlds, and for entertaining and horrifying their viewers in equal measure, and ‘Wise Owl’ is proof of that. To quote the Wise Owl, “don’t be a twit-you” – go and check it out, but prepare to be chilled in the process.