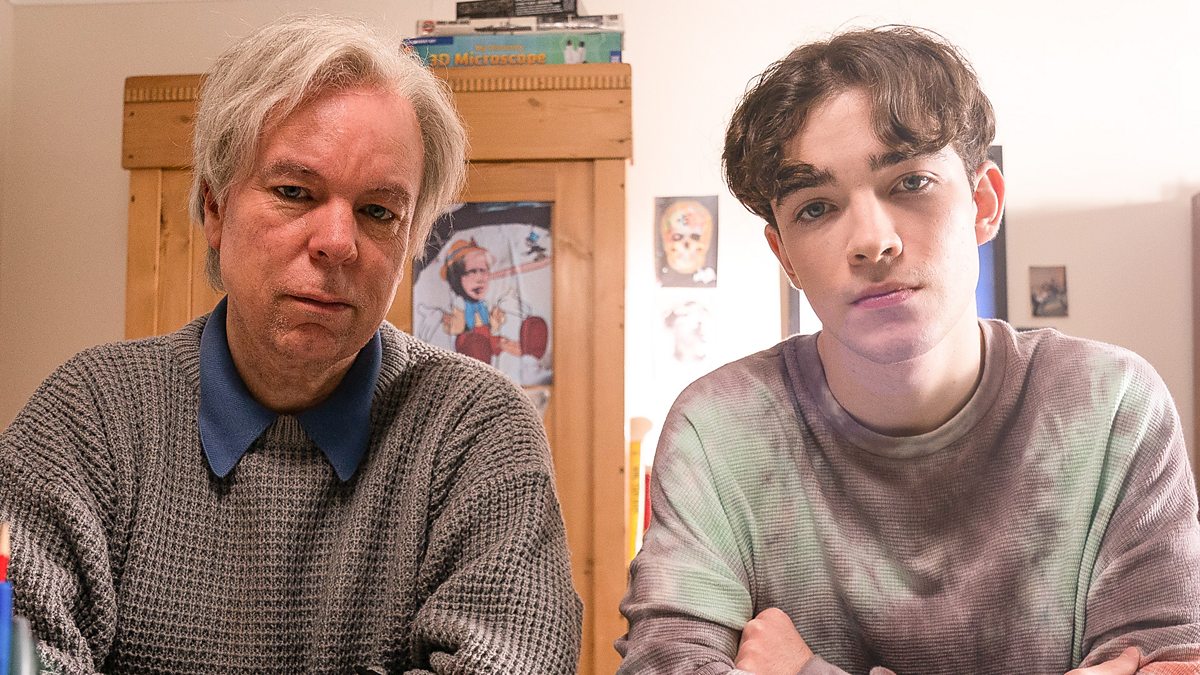 Inside No.9: ‘A Random Act of Kindness’ has some of the cleverest foreshadowing

Seven series in, and Inside No. 9 is still able to pull episodes out of the bag unlike any they’ve produced before – I’m endlessly impressed by Steve Pemberton and Reece Shearsmith’s ability to turn out original, inventive stories that push the envelope of what a half-hour of TV can be. ‘A Random Act of Kindness’ is a fantastic example of this for the most part, although it boasts an ending that is both a little too clever and (very unusually for this show) unnecessarily dark.

Zach (Noah Valentine) and his mum Helen (Jessica Hynes) are struggling to get along. Zach is becoming a teenager and is resentful of what he believes is his mother’s interference in his life, as well as the fact that his father has left the family. Helen, meanwhile, has issues looking after him and is aware that her health is worsening. One day, a bird crashes against their window, and friendly stranger Bob (Steve Pemberton) knocks on the door and helps get it back to good health. He soon ingratiates himself into the family, acting as a tutor to Zach and a friend to Helen, but will he remain part of their lives when they learn his secret?

Inside No. 9 has had success with domestic drama before (I’m thinking ‘Love’s Great Adventure’), and ‘A Random Act of Kindness’ sets out in that genre, hinging a lot on the relationship between Zach and Helen. And a lot of the strength of the instalment comes from the fact that they’re both so ably played – Jessica Hynes is always brilliant, hitting notes here of the suburban mum as well as the tragic, and Noah Valentine shines as a teenager figuring things out. In very little time, you have more of a sense of the inner life of this family than some series provide, and that’s down to domestic scenes judged to perfection by both the actors and director Kieron J. Walsh.

We actually open with reference to one of Newton’s three laws of motion, a clever device to structure a story around (as well as referencing Bob’s science background), and the duo employ it well. It’s hard to get an initial read on how Pemberton is playing Bob – he seems to be quite innocent and yet sketchy at the same time, but I like how things panned out. It’s not the hardest ending to gauge (it can’t have been – I got it), but I don’t think it matters too much here. What I will say is that Bob’s unique manner of speaking, emphasising the double letters in words, is responsible for some of the cleverest foreshadowing the writers have ever put out.

Inside No. 9 doesn’t shy away from bleakness, but I found myself really wishing it had here

But then, I need (in a spoiler-free way) to discuss the ending or rather endings. The main narrative closes in a beautiful place, and one that left tears in my eyes – for the second time this series, after ‘Merrily, Merrily’, Pemberton and Shearsmith successfully tug on the heartstrings. But that’s not where we wrap up – the episode still has another few minutes, and it’s here that I think things go a little downhill. A lot of plot is thrown at the viewer, and although it feels mostly logically right (I still have a number of questions), I felt like it cut against the spirit of the preceding 25 minutes (and like an excuse to get Shearsmith in, honestly). Sure, Inside No. 9 doesn’t shy away from bleakness, but I found myself really wishing it had here.

My disappointment with the ending notwithstanding, I can’t sing the praises of ‘A Random Act of Kindness’ enough. This lovely and well-acted story manages to be intimate and unexpectedly grand in equal measure, and it still comes highly recommended.