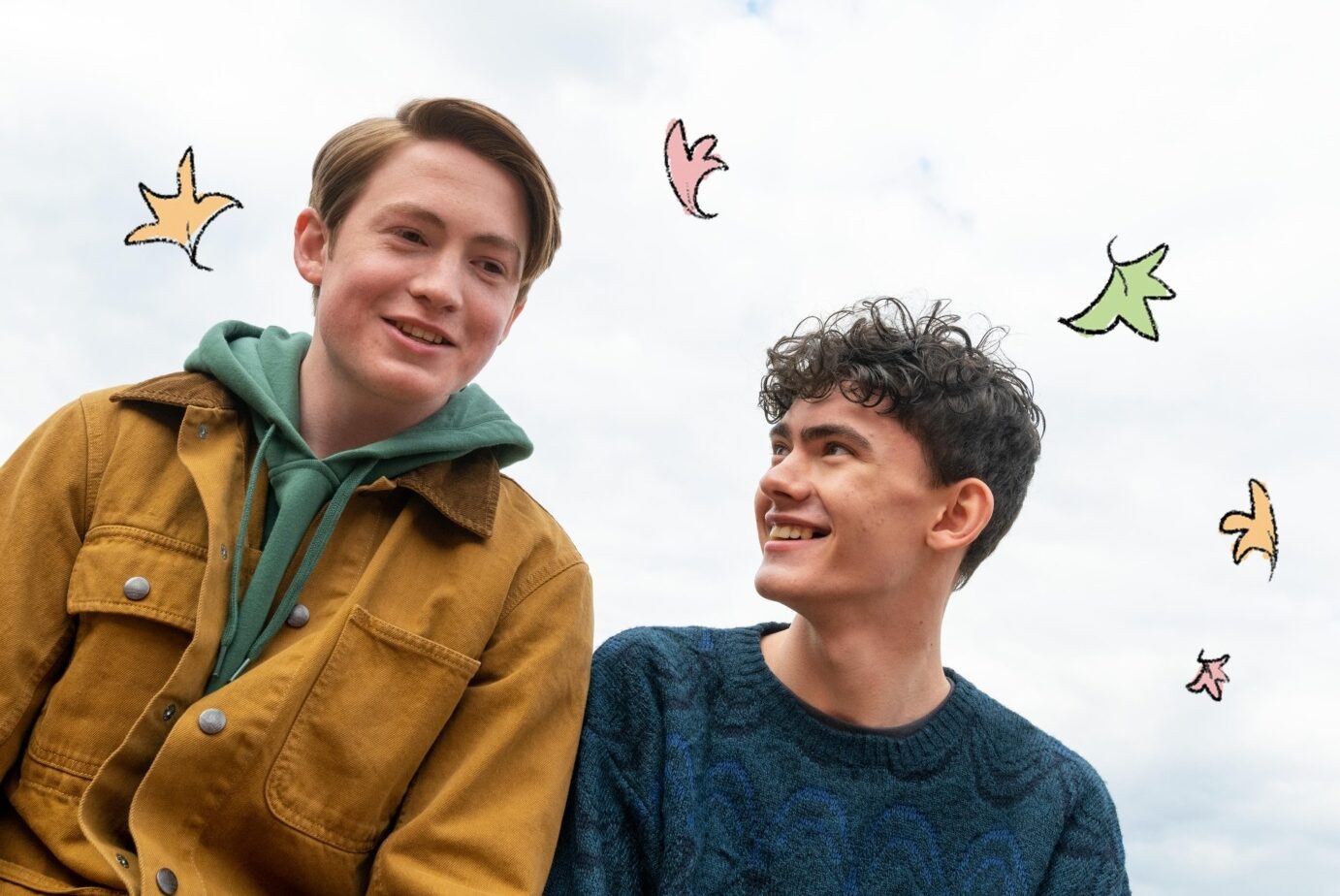 ‘Heartstopper’ is wholesome without being performative

Who would have thought great on-screen love stories could begin so simply? “Hi.” – “Hi.” A simple greeting in Netflix’s new series Heartstopper shows it’s possible. Set in a grammar school in southeastern England, it follows the story of Charlie (Joe Locke), a gentle, nerdy 15-year-old who is openly gay, and charming Nick (Kit Connor), the popular captain of the rugby team in the year above. After they are sat together in their form group, an unlikely friendship blossoms between the two that slowly turns into a tender coming-of-age romance. Heartstopper is a classic ‘opposites attract’ story. Nick seems to be the kind of boy that some (including Charlie) would refer to as a carefree ‘golden retriever’, in contrast to the sensitive overthinker Charlie is – but there’s much more to it than that.

A vast contrast to sex, drugs, and whatever the modern-day equivalent of rock’n’roll is

It has been praised as ‘the anti-Euphoria’ for spreading wholesomeness and providing a more realistic view of what life involves for most younger teenagers. The show consists of sharing milkshakes, getting into snowball fights, and playing Mario Kart; a vast contrast to sex, drugs, and whatever the modern-day equivalent of rock’n’roll is. The love story is pleasantly slow-placed as it takes place over several months, giving the relationship time to develop and the characters space to breathe and come to terms with their sexuality.

Not only is the cast very diverse, but there is also one aspect in particular that makes Heartstopper stand out from other Netflix shows about teenagers – the actors are not in their mid-twenties but actual teenagers, many of whom were still in school during filming. The only caveat is that this was the first TV acting experience for some of the cast, meaning that there is the occasional awkwardly delivered line (“It always pays to be prepared with anti-homophobia cheese”, anyone?).

Yet at no point are any of the characters reduced to being queer, they are all clearly multifaceted individuals

Heartstopper explores other queer stories besides Nick and Charlie’s, some of which could benefit from being expanded in a potential season two. This makes it a true ensemble series and a gloriously diverse mosaic of stories and characters that has rightly been heralded as a milestone for LGBT+ representation on the small screen. Yet at no point are any of the characters reduced to being queer, they are all clearly multifaceted individuals.

Many viewers who identify as LGBT+ have described the experience of watching Heartstopper as bittersweet, making them feel both excited about such positive representation, and melancholic that they did not get to watch such a show or experience such a love story when they were younger. The show has taken the world by storm, as it was released to critical acclaim and received immaculate ratings. Two weeks after its release, Heartstopper was in Netflix’s Top 10 in over 50 countries, including Saudi Arabia, which has one of the worst records for LGBT+ rights. While it is unlikely that TV shows are going to change the world, normalising queer love among teenagers could have a profound cultural impact.

Unlike so many productions aimed at teenagers, the show does not give in to the temptation of going after drama for the sake of it, which is not to say that it portrays the realities of being young and queer through a rose-tinted camera lens. While Charlie struggles with the effects of being outed against his will, bullying, and an abusive relationship detrimental to his sense of self-worth, Nick feels pressured by the expectations of those around him who perceive him as stereotypically straight and alienated by the homophobic attitudes of his laddish friendship group.

What makes Heartstopper remarkable is its overall positive atmosphere. It strikes a delicate balance between exploring serious issues and maintaining an optimistic outlook, as both Nick and Charlie can count on a support system of friends, family, and teachers. This is a world of magical realism where there’s a rainbow in the sky more often than not, and as a tribute to its graphic novel origins, animated sparks fly when hands touch. Brace yourself for some truly heart-stopping moments.