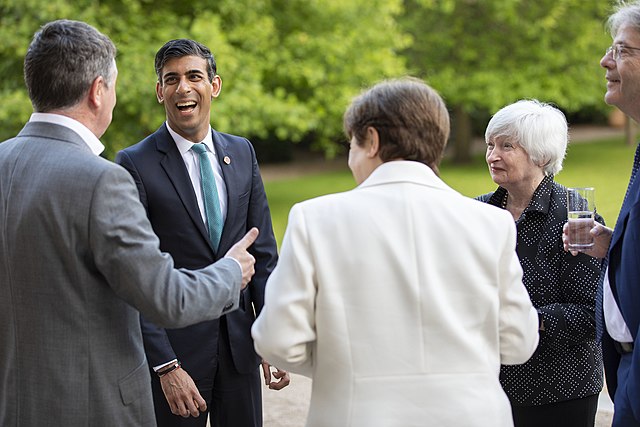 With inflation nearing double digits, there is naturally a widely discussed and debated question of what ought to be done next. It was never going to be an easy ride, coming out of the pandemic. While government interventions, including the furlough scheme, may well have benefitted many businesses and households, it is clear that the pandemic’s effects are far from over. In fact, it’ll likely take years for us to recover from this. However, with Russia’s invasion of Ukraine, global economics has been thrust into an even more wild ride of shocks and falls.

I remember when Richard Walker, the boss of Iceland, appeared on BBC’s Question Time in September 2021 and discussed how people were having to choose between heating and eating. This is nothing new for some of the poorest families and has been painfully exacerbated by the additional inflationary impact of the war in Ukraine. Something has to be done to alleviate the effects on some of the poorest of families in Britain.

At a time of inflation, and with feeble growth, investment in the economy is just what we want but I don’t think we need to sit at the mercy of energy companies to make that happen

At times when money is short, naturally we look at where it has all gone, and that is to the oil and gas companies such as BP and Shell. BP reported a quarterly profit of £4.9bn, double of the £2.1bn made in profit during the same time last year. Shell reported a record quarterly profit of £7.3bn this year, up from £5.1bn same time last year. These profits reflect a sharp rise in fuel prices leading to the household energy bills skyrocketing. Amidst all this, the windfall tax has become a serious policy being considered to help families in Britain with their energy bills. Spain and Italy have already announced a windfall tax on energy companies.

A windfall tax is an extra tax the government charges a company when it makes a large, unexpected profit, especially if they have been helped by economic conditions. Labour is calling for a windfall tax to be introduced to help some of the poorest families in Britain with their energy bills. So, what is the problem? Interestingly, the issue of a windfall tax is not one divided along party lines. While Labour seemingly unequivocally supports the introduction of such a levy, there are varied opinions with the Conservatives over the matter. Some MPs strongly oppose such a move, while others would welcome one. The Chancellor of the Exchequer has recently mentioned that no options are off the table, which means the government might be considering a windfall tax after all.

It is feared that such a levy might dampen investment by the oil companies when they are announcing plans to invest billions in renewables and fossil fuels by 2030. At a time of inflation, and with feeble growth, investment in the economy is just what we want but I don’t think we need to sit at the mercy of energy companies to make that happen. Considering the lessons Europe has learnt about reliance on Russian gas and oil, and the climate disaster that we are heading towards, the sensible thing to do for us is to enforce investment in renewables, without needing miraculous record profits to incentivise it. It saddens me to recall how ‘Insulate Britain’ protesters were vilified by the government when they were only calling for policies that have been a long time coming.

Provided the Chancellor introduces targeted support for some of the poorest families in Britain, it could mean a lot for those families

The other problem with windfall taxes often quoted is that many pension funds benefit from the profits of big oil companies. Some private pension funds own shares in big oil companies, and therefore receive some of the profits through dividends. As an environmentalist, I can tell you that voting with one’s money makes it towards the top of the list when it comes to doing something for the environment. This includes looking at the sort of business your personal bank invests in, or who your pension funds benefit from. Given the climate emergency we are in, we need to radically revise our relations with companies and whilst I welcome Shell and BP’s commitment to invest more in renewables by 2030, in general it does not sit right with me that they should get to pocket the billions in profit while children go to bed hungry in Britain. Besides, the fuel poverty has landed pensioners travelling in buses all day to limit the use of energy in their homes so perhaps it would not be too radical to say that allowing BP and Shell to keep their excess profits benefits them more than anyone else.

Of course, a windfall tax will be no panacea for all our ails. Yet, provided the Chancellor introduces targeted support for some of the poorest families in Britain, it could mean a lot for those families. They don’t require any tips from ministers with their ever-increasing salaries on saving money. Nobody knows how to save money quite like the working-class people. They do it because their households depend upon it. Nobody understands the value of an additional £20 quite like the working-class households. Which is why, the support from the Chancellor has to be genuine and sustained. We are going to be in this for the long haul and so the government cannot keep having mood swings. There needs to be a strategic plan with everything possible done to help people in the short run.

Speaking of strategic plans, it has not gone unnoticed, and I bet many other people can see too, that where the Tories cannot seem to find consensus on a windfall tax, Labour seem to have nothing to say on the matter but the windfall tax. Of course, long term planning is necessary and a lot of the problems today are elevated due to decisions made by governments 10-20 years ago. Labour may present wishy-washy ideas on their long-term strategy but appears blank beyond the point of arguing for a windfall tax. It gives me shivers to feel like we seem to be in a very rigid situation where few people seem to have any robust policies to propose.

Ultimately, it is the Conservatives in power and they must find the answers. When problems become complex, we should perhaps go back to basics. I recently watched Frozen II with my sister and it said that when things become too difficult, we should seek to do the next right thing. A windfall tax is not a levy inspired by envy. Many families across Britain are going through some very dark times and they need help urgently. It feels morally wrong, cruel, to allow these big oil companies to pocket billions of pounds of money in these circumstances. Decision making is a difficult business right now but arguably the next right thing we should do is nonetheless to introduce the windfall tax to help those desperately in need.