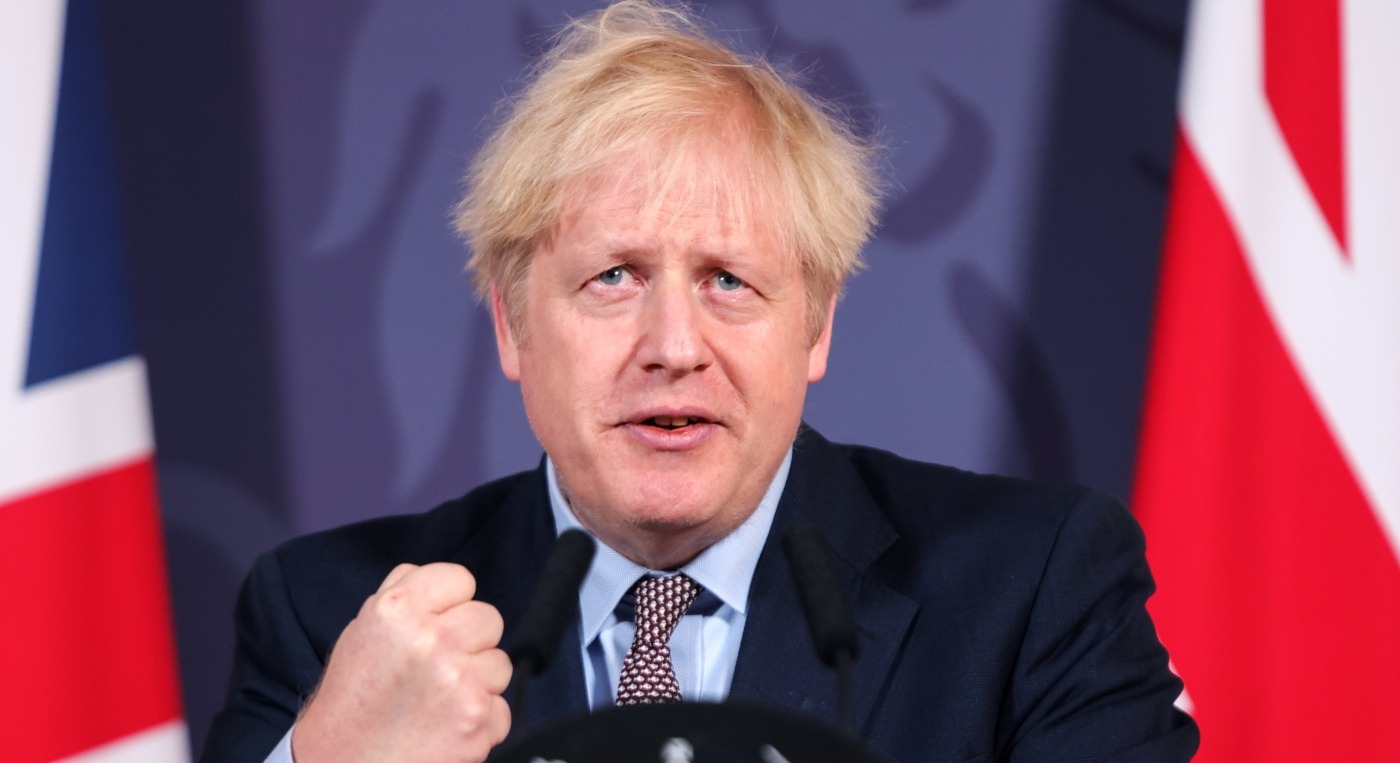 What is keeping Boris Johnson in power?

Boris Johnson is almost halfway through his prospective five-year term, and it has been a busy one. The Prime Minister has faced Brexit, Covid-19, war – and now, in another historical moment, he has become the first sitting leader to have been found breaking the law. There are widespread doubts about his competency: he’s sunk in the polls, he broke the law, and indeed, his recent actions have been described as the “most severe constitutional crisis involving a prime minister.” But he still remains with a surprisingly firm grip at Number 10. So, what is keeping Boris Johnson in power?

Despite some brushes with trouble, it was Partygate that threatened to be the actual nail in his coffin. In November 2021, it was revealed that several gatherings and parties took place at 10 Downing Street and other government buildings while the country was under lockdown restrictions. Johnson denied that the parties had taken place, then that he was at the parties, and then that he knew they were parties at all. The public reacted with fury, and the Metropolitan Police got involved in January 2022. It was confirmed on 12 April that Johnson, his wife Carrie, and Chancellor Rishi Sunak had all received fixed penalty notices (FPNs).

There was speculation that the scandal would finish Johnson, but it hasn’t played out that way for several reasons. In December 2020, the civil servant Sue Gray was appointed to conduct an internal investigation of potential Covid-19 breaches – consequently, this gave the government cover and time, as every question could be answered with “wait for the Gray report.” An update was published at the end of January 2022, by which time the PM was able to brazen it out. Then, the FPNs came when Parliament was on recess, meaning Johnson avoided MPs’ immediate anger and plots against him. There will still be fury, but the breathing room will have prepared Downing Street for it, particularly as the onslaught will be led by Sir Keir Starmer, who has struggled to land any major blows on the government.

Strong leadership in the face of Russian aggression may, in a polling sense, help Johnson further.

Global events have also intervened – on 24 February, Russia launched an unprovoked invasion of Ukraine. Under Joe Biden, the U.S. global leadership is weak – meaning Johnson has stepped forward, becoming, perhaps, the key Western ally to Ukraine president Zelenskyy. The UK has provided major financial and military aid to Ukraine, as well as public support. Both sides of the conflict acknowledge Johnson’s leadership – Zelenskyy praised the PM for his support, and actually hosted the leader on a surprise visit to Kyiv,[1] while Vladimir Putin banned Johnson from Russia due to his “unprecedented hostile actions.”[2] For the first time in quite a while, Johnson’s approval ratings began to climb. Strong leadership in the face of Russian aggression may, in a polling sense, help Johnson further.

These factors have contributed to securing his position (to an extent). So, what could be the straw to break the camel’s back? The Met Police’s investigations continue, and there is speculation that Johnson could be hit with FPNs for six separate events – the decision to slowly trickle them out means the story will be with us for a while. Then, the final Gray report will be released. The worst-case scenario for the PM would be that it produces evidence of personal lockdown breaches or irrefutable proof that he lied about the parties. That may force the resignation of senior officials, and pile on the expectation that Johnson leaves his post. Although, if it doesn’t reveal much more than we already know, it may not harm his position.

Johnson will return to Parliament at the time of writing and encourage MPs to focus on bigger things, but it’s likely that the Speaker, Sir Lindsay Hoyle, will allow a vote on an official investigation into whether the PM misled the House of Commons. A significant rebellion by Conservative MPs could be hugely damaging, even before the results of the investigation are revealed.

Then, on 5 May, we’ll see the local elections – it’s expected that the Conservatives will lose seats and councils, but the scale of the losses may be so large that the pressure on the PM substantially increases. There will be a close focus on the Wakefield constituency, after the resignation of Imran Ahmad Khan – if Labour take it, other ‘red wall’ MPs could be unnerved. When Johnson was elected as leader, many Conservatives overlooked his flaws because he was seen as the vote-winner. If he fails to deliver on this, many Tories could turn on him.

If MPs wanted to get rid of Johnson, what would they have to do? Outside of his resignation, there are a few options.

Although his position looks precarious now, it’s feasible that he could survive this latest storm.

Getting rid of the Prime Minister as leader would likely require a no-confidence vote, initiated by 15% of Conservative MPs sending in a letter of no-confidence to the chair of the 1922 Committee. If this number is hit, a no-confidence vote is scheduled, and MPs vote in support or against the leader, where whichever side has the majority would win. There are two outcomes. Johnson could win – in this case, he’d remain in charge, and no new vote could be triggered for 12 months. His authority would be almost certainly fatally undermined, generally leading to resignation or a radical shakeup of the cabinet. Or he could lose. This would lead to a Conservative leadership election in which he could not stand. It would go to MPs to shortlist two candidates, and then party members would vote on the new leader.

For Conservative MPs, the only group that could realistically remove Johnson from office, there is a major issue stopping them – who would take over? For a long time, that answer seemed obvious – Sunak. The Chancellor’s actions during the pandemic, funding the furlough scheme and supporting the nation financially, attracted support both in the party and across the nation. But that goodwill is draining fast. His spring statement received a poor response, with claims it failed to help the poorest from the growing cost-of-living crisis. He was embroiled in a political row about whether his wife used a non-dom status to avoid paying tax, and then he too was fined by the police. He’s gone from the future of the party to damaged goods, and there were rumours that he was thinking about resigning, which would make the pressure on Johnson incredible.

But, without Sunak, who else could the Conservatives appoint? Foreign Secretary Liz Truss is extremely popular with Conservative members, but MPs have expressed scepticism about her ability to lead and appeal to voters. Jeremy Hunt is clearly angling for the job, assuming the significant role of chair of the health committee and toeing the fine line between critical and loyal – but he’s already been rejected once by the members, and he’s seen as a little too liberal. Ben Wallace, Nadhim Zahawi and Tom Tugendhat are also names that are bandied about – they’re popular MPs and, in the case of the first two, cabinet ministers on top of their briefs. But none of them seem likely candidates. Deposing Johnson results in an unknown successor, and many MPs aren’t willing to take the chance.

politics needs a mixture of brains and luck, and the latter may be running out for Boris Johnson.

For a long time, Boris Johnson has been seen as a charming, Teflon politician – with his bumbling demeanour and turn of phrase, he has survived scandals that would have brought down other political figures. Although his position looks precarious now, it’s feasible that he could survive this latest storm – better-than-expected election results, no more Partygate surprises, a lack of a serious rival, attacking Labour on cultural issues, or some combination of these factors could secure the ground beneath his feet. But it’s possible that this may also be the end for the PM – politics needs a mixture of brains and luck, and the latter may be running out for Boris Johnson.

What did the December election mean for democracy?