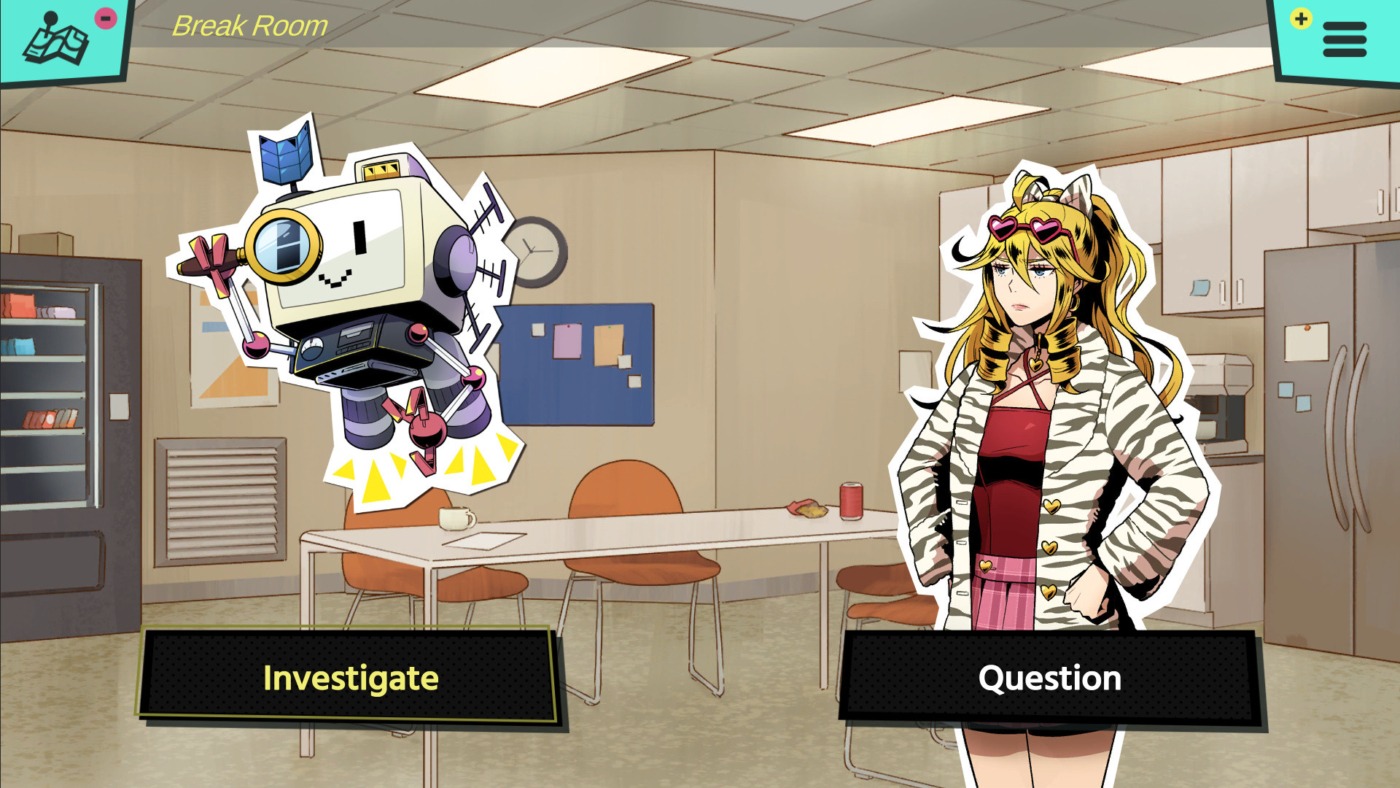 The Nintendo DS had a lot of classic games, and one of the most unique series was Ace Attorney. A point-and-click game of sorts casting you as lawyer Phoenix Wright, solving cases full of intriguing characters – it’s hard to find the early instalments, but check them out if you can. Since the last game came out in 2016, fans like me are starving for a fix of interactive crime. Step forward Murder by Numbers, a charming and inventive game that combines picross puzzles with the feeling of reading a crime novel, and it lands beautifully.

The game takes place in Hollywood in the mid-90s. You play as Honor Mizrahi, a detective on a TV show who winds up investigating a real-life case when her boss, who has just fired her, winds up dead at his desk. She teams up with Scout, a floating amnesiac robot who needs help to unlock his memories and understand humans. Together, the team solve a number of dark and grisly murders, unravel the mysteries of Scout’s past and help Honor deal with the lives and problems of her friends and family.

The actual detective work in the game sees the player move around a number of locations, questioning people and scanning the environment to find clues. When you find pieces of evidence, you then have to solve a picross puzzle in order to appreciate its full significance. In case you don’t know the basic concept, you’re given a grid and a selection of numbers listed on each row and column – the puzzle is to figure out how to correctly fill in the required number of squares. The game starts off quite easy, giving you small grids and tutorials, and it works its way up to monster 15×15 grids that take a while to solve.

Much of the game is solving these puzzles – Scout occasionally has to solve basic puzzles against a time limit, but picross is the name of the game. So if you’re not a fan, Murder by Numbers is not the game for you. You can opt for the easy mode, which really dials down how tough the picross is, but you can’t escape it entirely. I’m a fan, and I enjoy this form of puzzle, particularly with how intuitive it is to play on the Switch, but I also acknowledge that sometimes the puzzle-to-story ratio is a bit off. There were points where I felt that the tension dipped a little because of the sudden insertion of yet more picross – this wasn’t frequent, but it weighed down the end of the game, and a little change in pace would have been welcome.

It works so well in part because the art style is beautiful – it has a comic-book aesthetic, with characters superimposed over static backgrounds, yet it really comes to life.

This is a slight shame, because I thought that the stories were really good. There are a lot of great lines, firing off cultural references to things like Misery and Cagney and Lacey – Honor’s gay best friend K.C., in particular, gets a lot of cracking jokes to deliver. Murder by Numbers bounces between the outright cartoonish and the surprisingly serious, balancing conversations about things like gender identity with slapstick, and doing it effectively and thoughtfully. Much of the game is fun and madcap, but some of those smaller moments really land.

It works so well in part because the art style is beautiful – it has a comic-book aesthetic, with characters superimposed over static backgrounds, yet it really comes to life. There are small animations and sound effects at key moments – when a character is caught out lying, for instance – and it works very effectively. It’s worth stressing the sound design, and a great upbeat score by Masakazu Sugimori (also of Ace Attorney fame) that really catches the mood of the game. I was having such fun with the characters, it helped paper over one of the game’s cracks – you essentially get to keep choosing the solution to the case until you hit upon the correct one, stripping you of agency at the end of the case, which is a shame.

I would definitely recommend Murder by Numbers, but it’s not without its flaws – the picross is great, but a little more focus and less linearity in the detective aspects could have made the experience on par with even Phoenix Wright. Still, I got a lot of fun out of it during my 16-hour playtime, and at £11.99, I’m certainly not grumbling. If you like puzzles and quirky narratives, give it a go!