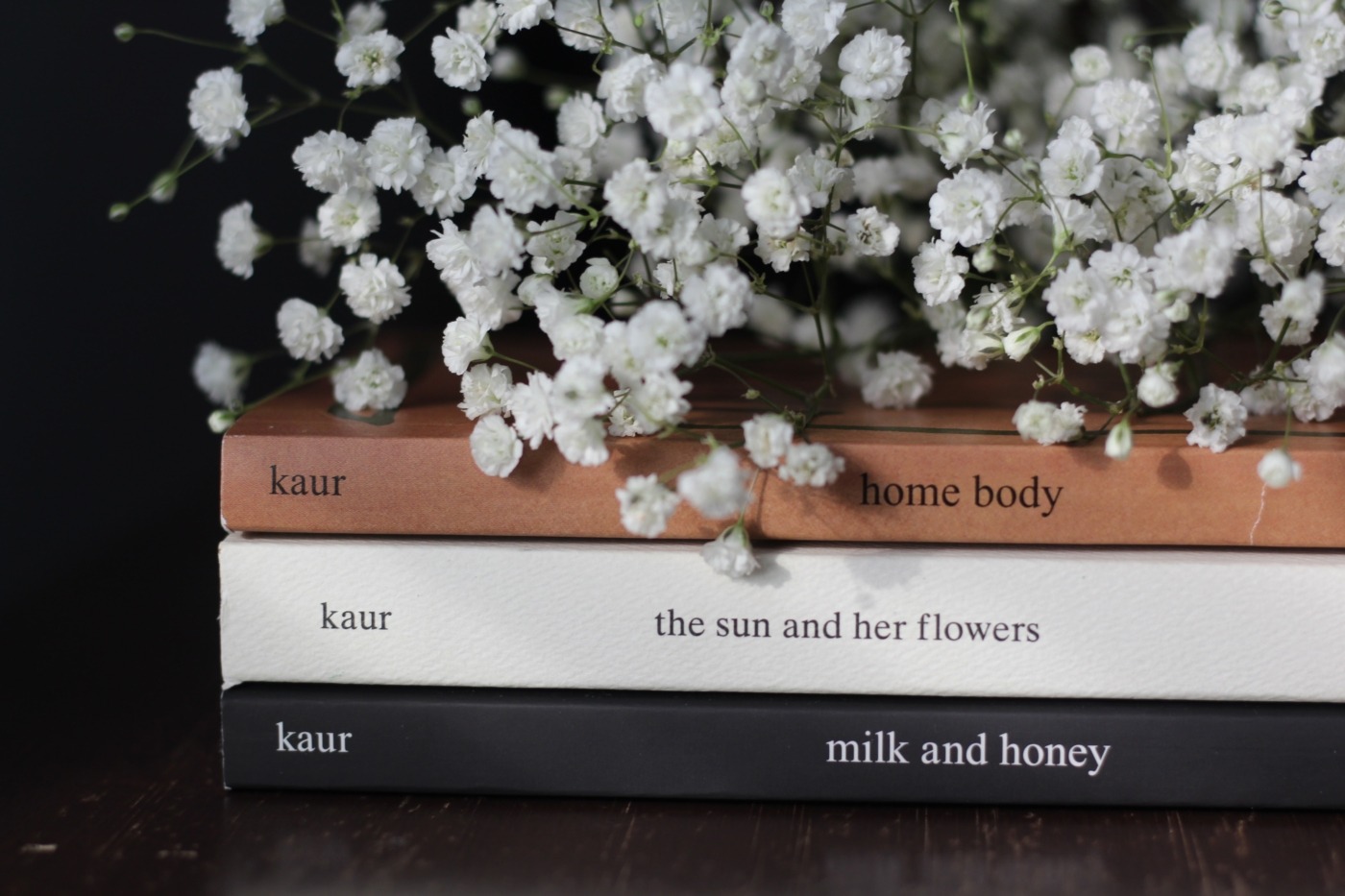 Claiming that Rupi Kaur is a bit of a celebrity would be an understatement. The 28-year-old Indian-Canadian poet has 4.5 million followers on Instagram, her poetry collections have sold over 10 million copies, and she is scheduled to go on a world tour (which is a somewhat ambitious name for something that mainly covers the US and Canada), starting this spring. She is widely successful and hugely popular, especially among young women. Is this just because of her appealing presence on social media, or is there more to the story?

It is certainly true that the content on Kaur’s Instagram account is nothing short of aesthetically pleasing. Her posts alternate between pictures and poems, which are more often than not accompanied by her own line-art illustrations. These can be as simple as two lightbulbs, a pair of hands opened in prayer, or a nutshell of a boat on stormy waves, or as intricate and multi-layered as two figures embracing in a clever use of negative space, a mind populated with tiny people, or a woman growing from the ground like a plant. Another part of her poetry’s aesthetic is the exclusive use of lower-case letters, which might seem overly edgy at first, but is actually an homage to Kaur’s first language Punjabi as well as a reflection of her way of seeing the world, treating all letters as equal.

As she opens doors and transcends barriers between private and political, her poetry is at the same time deeply personal and extremely relatable

Nevertheless, Kaur’s poetry has so much more to offer than just a pretty typeface, and arguably looks aren’t the only quality that makes her poems so attractive. She stylistically distances herself from more traditional forms of poetic writing and instead opts for a style closer to spoken word poetry. Her verses are devoid of rhyme or metre, effortlessly blurring the lines between poetry and prose. This becomes even more palpable when removing the line breaks, for example in her piece women of color: “our backs tell stories no books have the spine to carry”.

Kaur covers a diverse range of themes including mental health and depression, trauma and healing, womanhood and sexuality – and more than anything else, relationships (romantic, platonic, familial, and everything in between). She also discusses migration and belonging, which is linked to her own experience of immigrating to Toronto with her family when she was a toddler, and poignantly addresses pressing political issues of our time, most notably climate change and feminism. As she opens doors and transcends barriers between private and political, her poetry is at the same time deeply personal and extremely relatable, especially for other young women of colour.

She is part of a movement that has been democratising poetry and making it a mainstream phenomenon, no longer confined to stuffy classrooms or upper-class salons.

Meanwhile, Kaur’s work has been criticised as not being artful enough, as commercialising poetry, reducing it to easily digestible, instagramable sound bites tailored to the minuscule attention spans of today’s youth. Very few readers would want to give up the unexpected insights and eureka moments of reading Shakespearean sonnets. Deciphering works that reveal layer after layer after layer is such a joy, almost like solving a riddle or an equation or indeed peeling an onion. But does this necessarily mean that there is something wrong with poetry that can be understood, at least on some level, the first time you read it?

Arguably, the readability of Kaur’s poetry is its greatest strength. As the most prominent of the so-called instapoets, she is part of a movement that has been democratising poetry and making it a mainstream phenomenon, no longer confined to stuffy classrooms or upper-class salons. This is not to say that Kaur’s poetry does not have its fair share of layering and multifaceted metaphors, it is quite simply more accessible than that of her historical predecessors. This is linked to her publication of large parts of her work on social media and to her use of easily understandable everyday language.

In this sense, Kaur’s poetry might even be considered superior to that of some earlier writers: she has traction, and an impact on the masses, since with her, poetry is not an elite phenomenon. And she is reliably political in her writing, going beyond the confines of her own personal experiences, whether that is in relationships or in dialogue with nature, thus creating something of real relevance and of lasting value.