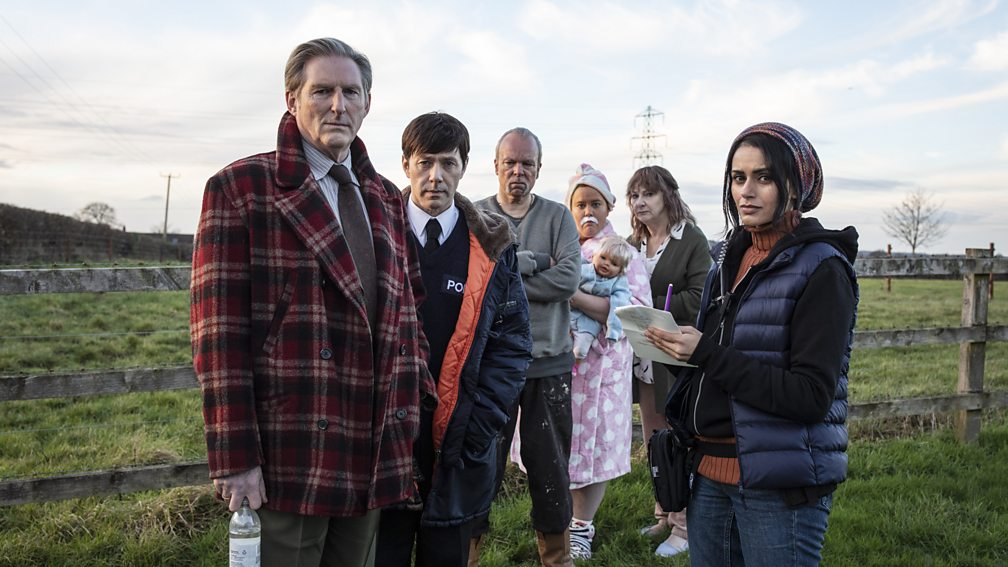 Inside No.9: ‘Mr King’ delivers one of the show’s most disturbing entries.

By Reece Goodall
May 3, 2022
Posted in Points of View, TV, TV Series Blogs

Talk about tonal whiplash. After ‘Merrily, Merrily’, a story that seemed dark at the opening but demonstrated unexpected emotional depths, we have ‘Mr. King’, which takes a very different route to storytelling. This is a beautifully constructed story, and it delivers one of the show’s most disturbing entries in the process.

In this instalment, Reece Shearsmith stars as Mr Curtis, a big-city teacher who has relocated to a small village primary school in rural Wales after a recent personal crisis. He’s passionate about teaching and supported by the headmaster Mr Edwards (Steve Pemberton) but, despite throwing himself into the work, he finds his classes overshadowed by the legacy of his charismatic and much-loved predecessor Mr King, about whom he can learn very little. Curtis throws himself into educating the children, but things start to go wrong for the teacher, and the legacy of Mr King hangs over his head.

a disturbing tone that is in equal parts amusing and unhinged.

Inside No. 9 has a fantastic ability to find the disturbing in situations and then push it into the realm of the surreally funny, and it does so here to masterful effect. There’s a particular scene that comes in the middle of the episode that goes to a really dark place, making me laugh very uncomfortably indeed, and then they introduced a new character that suddenly made everything darkly hilarious. I can’t give too many details – you’ll know the scene when you see it – but expect to watch it through your fingers, chuckling nervously. Things only build from there, nailing a disturbing tone that is in equal parts amusing and unhinged.

And the plot – well, what can I say? I suspected quite early on that I knew where things were going to go in ‘Mr. King’ – suffice to say, you should never try to second-guess Pemberton and Shearsmith. This episode is one of the darker instalments of Inside No. 9, and I was completely wrong-footed by the denouement – the duo prove themselves masters of misdirection once again. But, importantly, it was the kind of ending that felt right – one that catches you off-guard, but feels entirely appropriate and befitting what has come before. If you’re wondering why I’m always singing the praises of Inside No. 9 as unlike anything else on TV, check out ‘Mr. King’ and let all your questions be answered. Just expect to be disturbed in the process.

Pemberton and Shearsmith have a unique skill to surprise, putting an uneasy smile on your face as they entertain and horrify.

Our two lead actors are on fine form, with Pemberton clearly having fun as the friendly, bumbling headmaster who is completely out of touch with technology. Shearsmith plays it abrasively as the outsider, who has flashes of anger and takes pills secretly in class. I liked the relationship between these two characters, which shifts quite significantly and in a number of ways as the episode goes on. They’re ably supported by Annette Badland (as a blind-as-a-bat cleaner) and a cast of genuinely believable child actors. The scene in which Curtis confronts his student Ceri (Elin Owen) about potential issues at home is so well-done, and will probably hit home with some viewers. The school setting is one completely unexplored by the show, and the writers get a lot of mileage out of the minutiae of school life even before things get too unsettling.

If ‘Merrily, Merrily’ subverted our expectations of the show, ‘Mr. King’ demonstrated Inside No. 9 at its boldest and most terrifying. Pemberton and Shearsmith have a unique skill to surprise, putting an uneasy smile on your face as they entertain and horrify. The duo have delivered another top-drawer piece of TV, and you can expect this one to stay with you long after the credits roll.