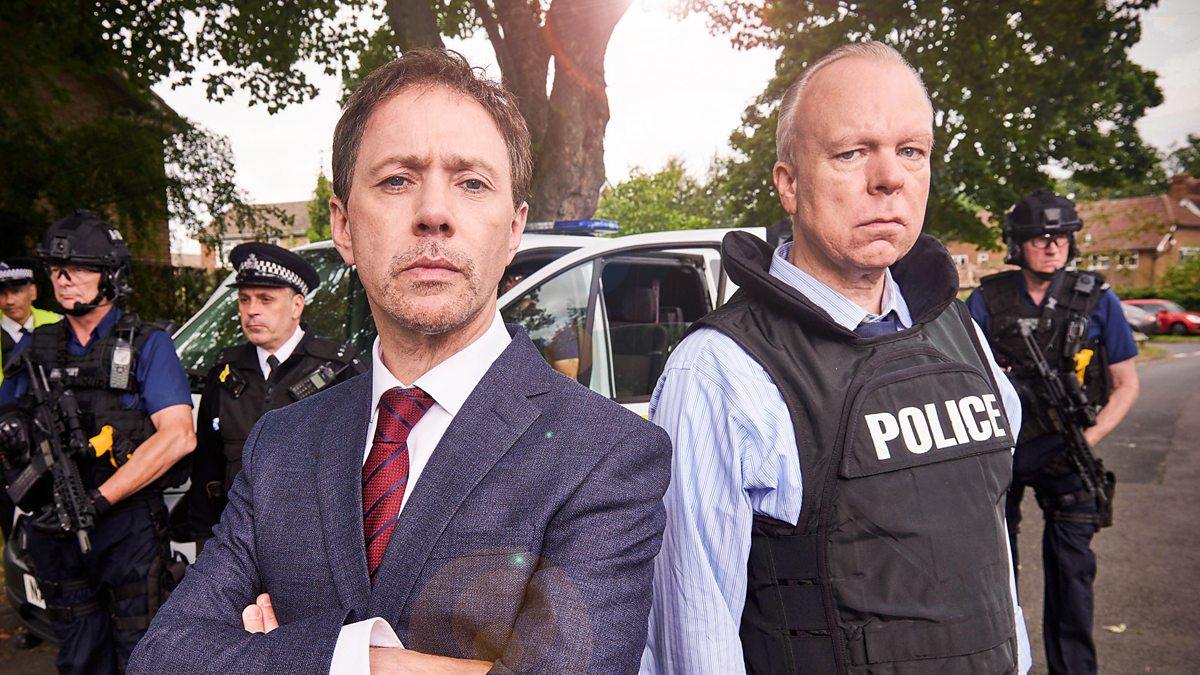 After an Inside No. 9 last week that played with the conventions of the crime drama, writers Steve Pemberton and Reece Shearsmith play it straight this time around. Their efforts this week are fantastic – ‘Kid/Nap’ is a superb Inside No. 9, and a really engaging piece of crime drama in its own right that makes the most of its half-hour runtime.

There’s a novelty in this instalment – for the first time in Inside No. 9, a decent chunk of the episode actually takes place outside number 9 (Shane’s house)

Lara (Daisy Haggard) and Shane (Daniel Mays) live very different lives – Lara is the wife of rich hedge-fund manager Dominic (Shearsmith), used to a high standard of living, while Shane is currently in an abandoned property in a rundown neighbourhood. They come together one day as Shane abducts Lara, demanding a large sum of money from her husband in exchange for her safe return. But complications ensue, especially as Clifford (Jason Isaacs) appears a little fed-up with his bumbling partner-in-crime, and DI Ellis (Pemberton) struggles to coax Dominic through the ordeal. As events come to a head, how will the kidnapping play out?

There’s a novelty in this instalment – for the first time in Inside No. 9, a decent chunk of the episode actually takes place outside number 9 (Shane’s house). The conceit this week is a clever editing choice, a series of split-screens that let us into Lara and Dominic’s home and Dominic’s office at the same time as the action unfolds in the bungalow. It seemed like the device would be used for comedic effect (in the opening, as Lara and Shane get ready, a toilet trip is juxtaposed with the pouring of a drink, etc.), but director Al Campbell also found a lot of tension. One sequence, in which Lara desperately tries to make a phone call while Shane is in another room, is genuinely tense stuff. Christian Henson’s score, percussive and driving throughout, just adds to the thrilling nature.

Not a moment is wasted

I struggled to get onboard with ‘Nine Lives Kat’ last week, but there was no such difficulty here. Much like last week, there’s a big event at the mid-point that massively recontextualises everything we’ve already seen, but it also sets up a lot more tension moving forward. Not a moment is wasted (although there was one scene that felt more like it was for the audience than the characters), and the use of the split-screen allows the writers to pack a lot into the frame. It’s not understating to say that Pemberton and Shearsmith do more with half an hour than some crime dramas manage with a full series.

When people like me sing the praises of Inside No. 9 and its inventiveness, we’re thinking of episodes like this one

It also works so well because the cast are on their A-game. Haggard, who previously worked with the duo in Psychoville, shines in the central role. At the same time, Mays can always be relied upon to be brilliant – he manages to be both menacing and sympathetic in equal measures, a surprising combination but one he sells. Isaacs makes a perfect counterpoint to his partner-in-crime, charming and scary and always seemingly teetering on the edge of both. Shearsmith is also fully reprehensible as the husband, a financier that every character seems to dislike (related note – if you’ve seen Bob Mortimer’s ‘Train Guy’, the voice will seem uncannily familiar). The actors get to have a little fun, but they largely play it seriously, and the episode works effectively for it.

‘Kid/Nap’ is a true tour de force – it’s a gripping watch in its own right, and a top-drawer episode of Inside No. 9. A perfectly-paced story, a cast on form and a clever editing conceit all add up to a brilliant half-hour of TV, and one that comes highly recommended. When people like me sing the praises of Inside No. 9 and its inventiveness, we’re thinking of episodes like this one.