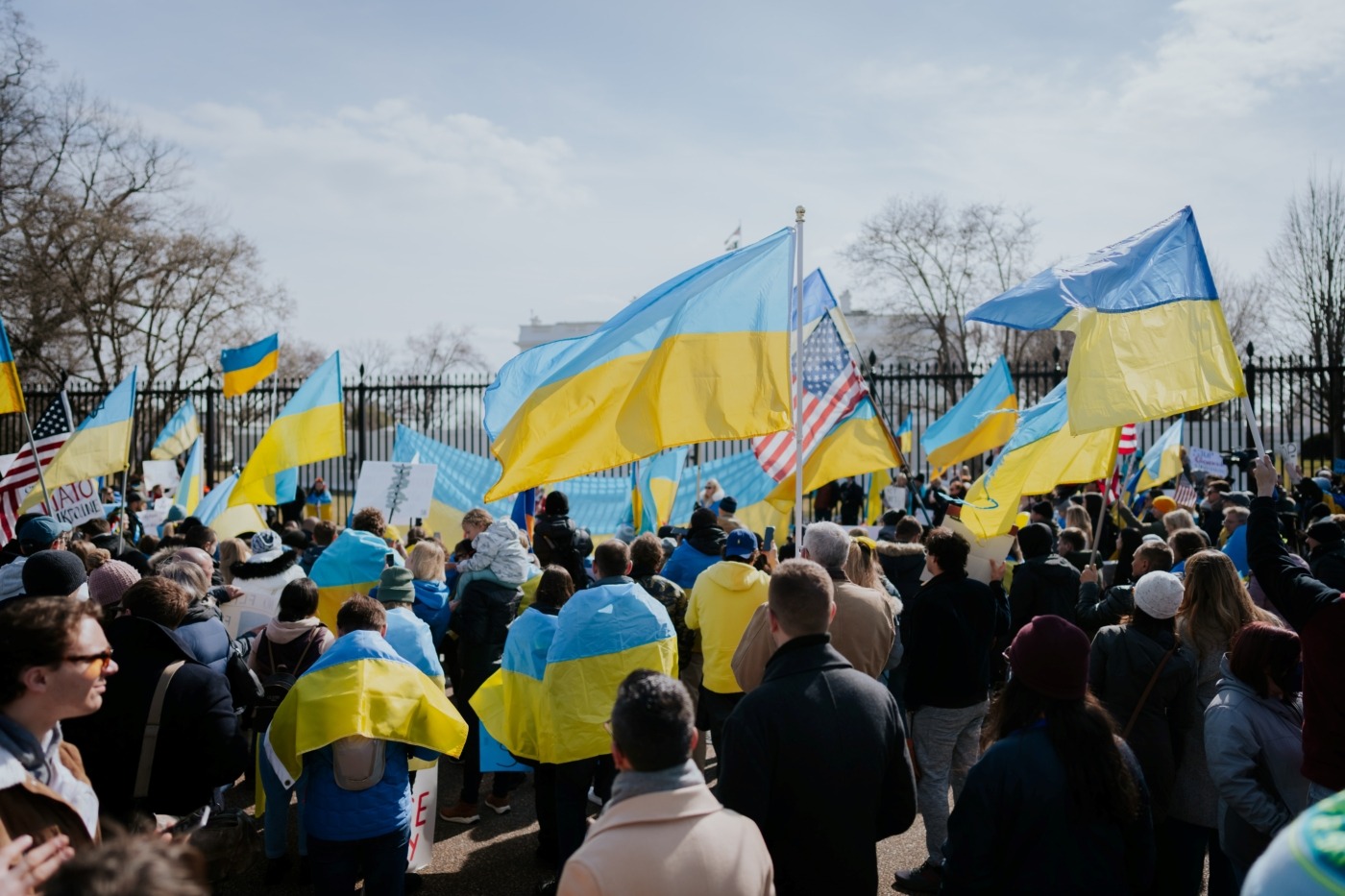 By Monika Hartmann
May 30, 2022
Posted in Science & Tech, technology

In the early hours of February 24, Vladimir Putin gave a televised speech announcing a ‘special operation’. Shortly afterwards, major Ukrainian cities were hit by missiles, and so Russia’s invasion of Ukraine began. These are well-established facts by now. What’s less known is that just as the traditional military attack on Ukraine was launched, the telecommunications satellite KA-SAT owned by American company Viasat was disabled in an apparent attempt to block Ukrainian military and government communication channels. This is just one example of the crucial role technology plays in the Russia-Ukraine War.

The increasing dependency of critical infrastructure, communication, and information on technology means that cyber attacks can be very effective and potentially have devastating consequences, and might even have been a way for Russia to prompt regime change just below the threshold of outright war. Instead, Russia opted for hybrid warfare involving both traditional military action and cyber operations, which seems to be part of a strategy of destabilisation and fearmongering in order to bring down morale among a Ukrainian population much more resistant to the invasion than apparently anticipated by the Kremlin.

This is a war that people can follow live on TikTok, and those who were awake at about 4am on February 24 might remember being astounded at how abuzz the internet was with news and footage of Russia’s invasion. Not only does being able to follow a war online in real time from the comfort of your room feel utterly perverted, but it also brings a serious risk of misinformation with it. This is especially concerning as Ukrainian president Zelensky makes extensive use of social media including Instagram, Telegram, and Twitter to communicate with the world and with Ukrainian citizens, and even more so since the beginning of the war.

In early March, a deepfake video seemingly showing Zelensky talking of surrendering to Russia circulated on social media. The manipulation was easily recognisable and it was taken down by YouTube and Meta, but deepfakes are not the only attempt at misinformation. Other forms have not been contained as effectively, with Facebook failing to label 91% of posts containing Russian propaganda on Ukraine.

If carried out well, operations in cyberspace can be hard to trace and even harder to technically attribute to a country, let alone legally. The British Government has linked some cyber incidents, like the attack on the Ukrainian banking sector only days before the Russian invasion, to the Russian Main Intelligence Directorate (GRU). Others, like attacks on dozens of Ukrainian government websites as early as January, have been linked to Russia by Ukraine. Cyber operations also appear to be carried out by vigilantes and self-declared ‘patriotic’ Russian hacker groups that the Kremlin does not have direct ties to but is also making no effort to stop. Think of this as the cyber equivalent of the ‘little green men’ that just happened to crop up in Crimea in 2014 when it served Russia’s interests.

Government hackers are now supported by a ‘volunteer IT army’

Non-state activists also play an important role on the Ukrainian side in this information war, the most prominent one being ‘hacktivist’ collective Anonymous which declared ‘cyber war against the Russian government’ on Twitter. Their actions include attacking Russian government websites, but they are also finding creative ways of circumventing the Russian ban on Western social media platforms, such as through a hack of Russian TV networks for which Anonymous claims responsibility. In addition to this, the Ukrainian government issued a call for volunteers, meaning that its government hackers are now supported by a ‘volunteer IT army’ thought to largely be carrying out DDoS (distributed denial-of-service) attacks and defensive operations.

With Estonia, Georgia, and the US having been targeted before, this is not the first time technology has been used to spread confusion or fight a war on truth, and it won’t be the last either.