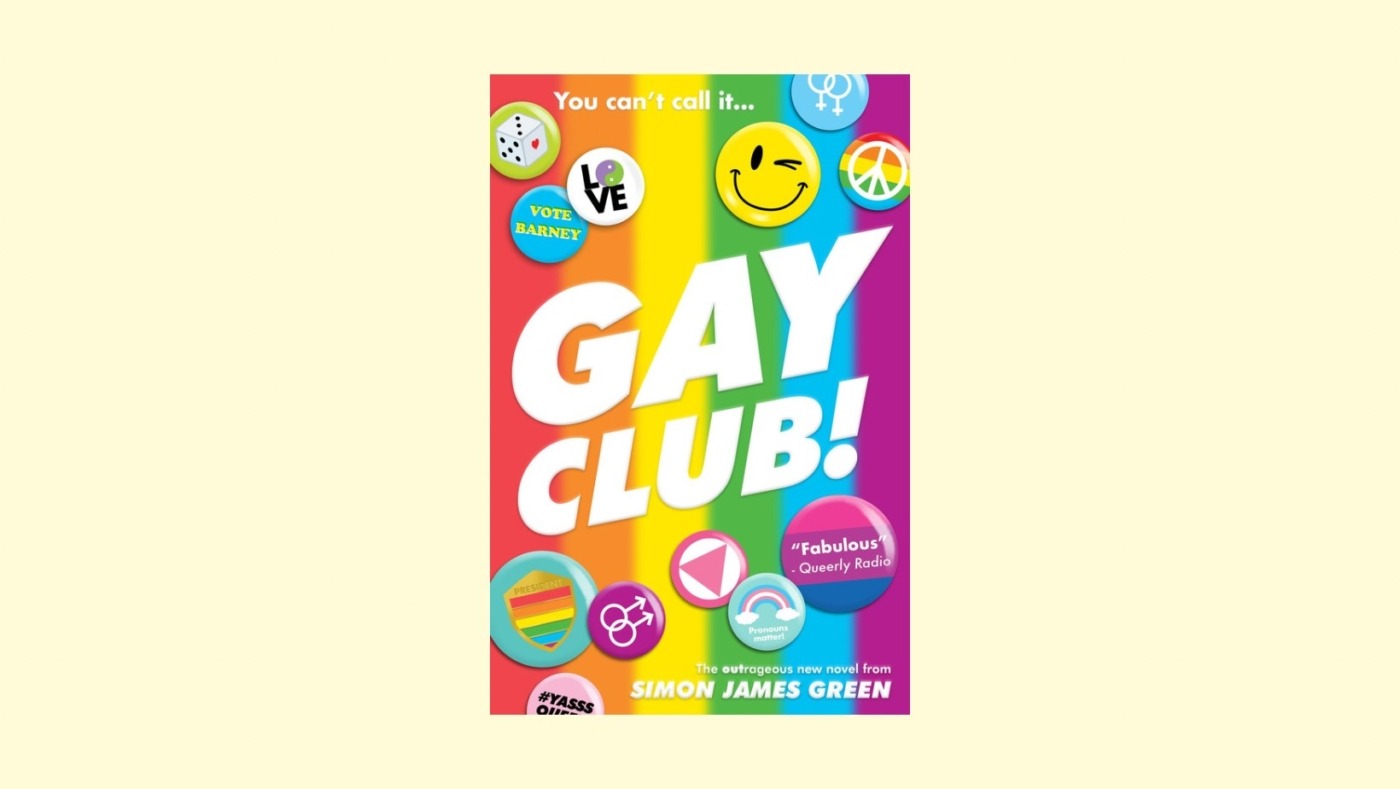 ‘Gay Club’ is an absolute triumph

With its vibrant rainbow cover, it is hard to miss Gay Club on the shelf; it is a book that demands to be seen. However, this is not a situation where the cover is deceiving and the book’s content is just as bright. Full of character, Gay Club is a charming novel that encapsulates the highs and lows of being a teenager. Packed full of representation, this is such a necessary book for teens to have access to and brought me so much joy. I cannot sing its praises enough.

Simon James Green has slowly become a household name in the UKYA community, known for his LGBT+ novels. Following the success of his first novel Noah Can’t Even, he has gone from strength to strength. Where his debut novel dealt with the conflicted feelings of exploring your sexuality, many of the characters in Gay Club are much more sure of their sexual orientation. This allows Simon James Green a lot more freedom to explore different, more complex, feelings, and really emphasises how his writing has flourished.

This lighthearted story touches upon extremely serious issues. This is what makes it such a vital read, it allows these issues to be addressed in a more accessible format.

Gay Club follows a school’s LGBT society who are in the process of selecting a new president, it seems our protagonist Barney is guaranteed the role until the vote is opened up to the whole school. Suddenly, our main character finds himself in a fierce political race full of scandals and deception, causing his fate to feel much less certain. With numerous subplots that wind together to create a rich character web, the stakes are high and the consequences are dramatic.

I remember when every inconvenience felt like the end of the world in secondary school, and Simon James Green has managed to recreate those feelings. Some of the lengths that the characters go to just to win the vote of other students, even to the detriment of their own friendships, took me right back to the unforgiving school environment. However, it never distances from the running theme of the story: the importance of representation.

Throughout the novel, there are instances of homophobia that are prevalent in schools, in particular, there is a segment where Barney is creating campaign materials and he works with the school football to show they are an inclusive club. Conversations around performative activism in the form of rainbow laces and how actually none of the team wants to speak to the camera through fear of people making assumptions about their sexuality highlight how this lighthearted story touches upon extremely serious issues. This is what makes it such a vital read, it allows these issues to be addressed in a more accessible format.

It should be front and centre for all to see. Gay Club demands attention and that is exactly what it should get.

The supporting cast of Gay Club are such a necessary component of the novel’s success. I mentioned that they do act in a self-interested manner, and there are often disagreements but what shines through is the way all these individuals care for each other. It is touchingly evident that these are flawed young people navigating a still uncertain environment where they are constantly faced with new dilemmas and emotions. It is a message prevalent throughout the story that during your adolescence mistakes are made and that is okay. One of my biggest criticisms of the recent success of the Heartstopper series was how idealistic it seemed, the adversities faced felt like they were almost flicked away like a stone in your shoe. That is not to say the representation within the Alice Oseman series is not necessary, because it absolutely is, however, I feel the way Simon James Green portrays these challenges is much less sugar-coated, and that is a major strength of his novels.

Gay Club was high stakes and high drama in a charmingly nostalgic manner. The characters weren’t perfect, but the humanistic nature of their actions made them hard to dislike. This is the sort of book that should be in every school library up and down the country, and not shoved away in the back, instead, it should be front and centre for all to see. Gay Club demands attention and that is exactly what it should get.