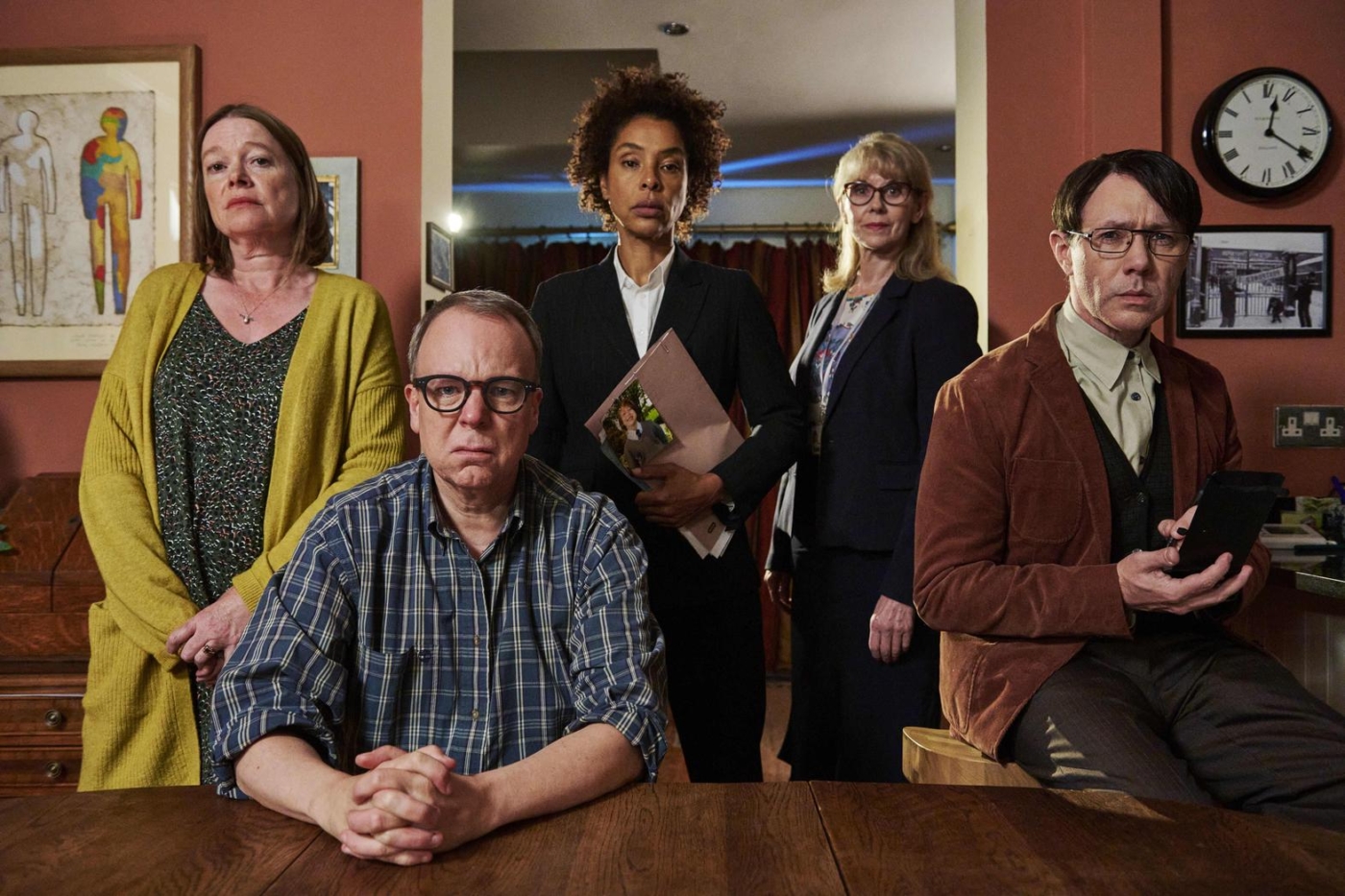 Inside No. 9: ‘Nine Lives Kat’ is hard to appreciate the first time around

I always sing the praises of Inside No. 9 for being inventive and clever, and the anthology format gives it the chance to do something different every week. Even on its very-rare off-days, the show delivers something you won’t see elsewhere. That’s certainly the case with ‘Nine Lives Kat’, which produces an outing that is incredibly smart and different, but which doesn’t quite connect as a result.

Sophie Okonedo stars as Detective Inspector Katrina, known to her colleagues as ‘Nine Lives Kat’. She’s a divorcee and a single mum, determined to crack the case of a missing boy, seemingly abducted by persons unknown. But she has her own issues to cope with – her drinking problem, her love life, the appearance in her house of both Ezra (Steve Pemberton) and DI Barnabus Bull (Reece Shearsmith), and the fact she appears to be stuck in some kind of time loop that prevents her progressing the investigation. But as she gets closer to finding out what happened, will she be able to stomach the truth?

Some of this dialogue was knowingly rubbish, and it’s a testament to the actress that she was able to sell it as convincingly as she did.

‘Nine Lives Kat’ is a strange episode, plot-wise – it’s one that I thought worked so much better on a rewatch, such is the level of cleverness. But that made it quite hard for me to appreciate the first time round, particularly because the pace feels quite off. Something happens halfway through that radically shifts what we’re watching, making a lot of sense about the first half, but that doesn’t leave enough time for where we go next. It’s particularly frustrating because, after the plot shift, there’s only really one way that the episode can end, and we’re just waiting to get there (I won’t give spoilers, but if the name Sutter Cane means anything to you, you’ll appreciate the vibe I immediately picked up).

My criticism is in no way linked to the actors, who do a customarily strong job. Okonedo was a strong lead, clearly having fun firing off cliché-laden lines about being a woman in a man’s world or needing to crack the case. Some of this dialogue was knowingly rubbish, and it’s a testament to the actress that she was able to sell it as convincingly as she did. Pemberton was a knowing presence, while Shearsmith got most of the episode’s laughs as a “spectrum-y” detective. Outside of the mains, Robin Weaver and Siobhan Redmond made the most of their limited screentime in roles I won’t ruin.

Ultimately, despite the strong direction and another perfectly-judged score by Christian Henson (who always delivers – I don’t sing his praises enough), this will be an episode I expect people either love or struggle to get on with. Many of the elements, from the horror tricks to the hackneyed dialogue, will land or they won’t, particularly as there’s not much in the way of the show’s usual humour to anchor proceedings.

This was a strange review to write, because I had to engage with ‘Nine Lives Kat’ in a different way to a normal episode of Inside No. 9. The concept worked brilliantly, and it showcased the cleverness so typical of this show – there really is nothing else on TV pulling out stories like this on a consistent basis. But the complexity meant that the story and the characters were hard to appreciate, and they necessarily lacked the heart you’d find in an episode like ‘Merrily, Merrily’. Ultimately, it comes down to what you want from an Inside No. 9 – ‘Nine Lives Kat’ is clever and inventive, but the characters struggle to land as a result. I didn’t love it, but a weaker Inside No. 9 is still better than most things you can watch.