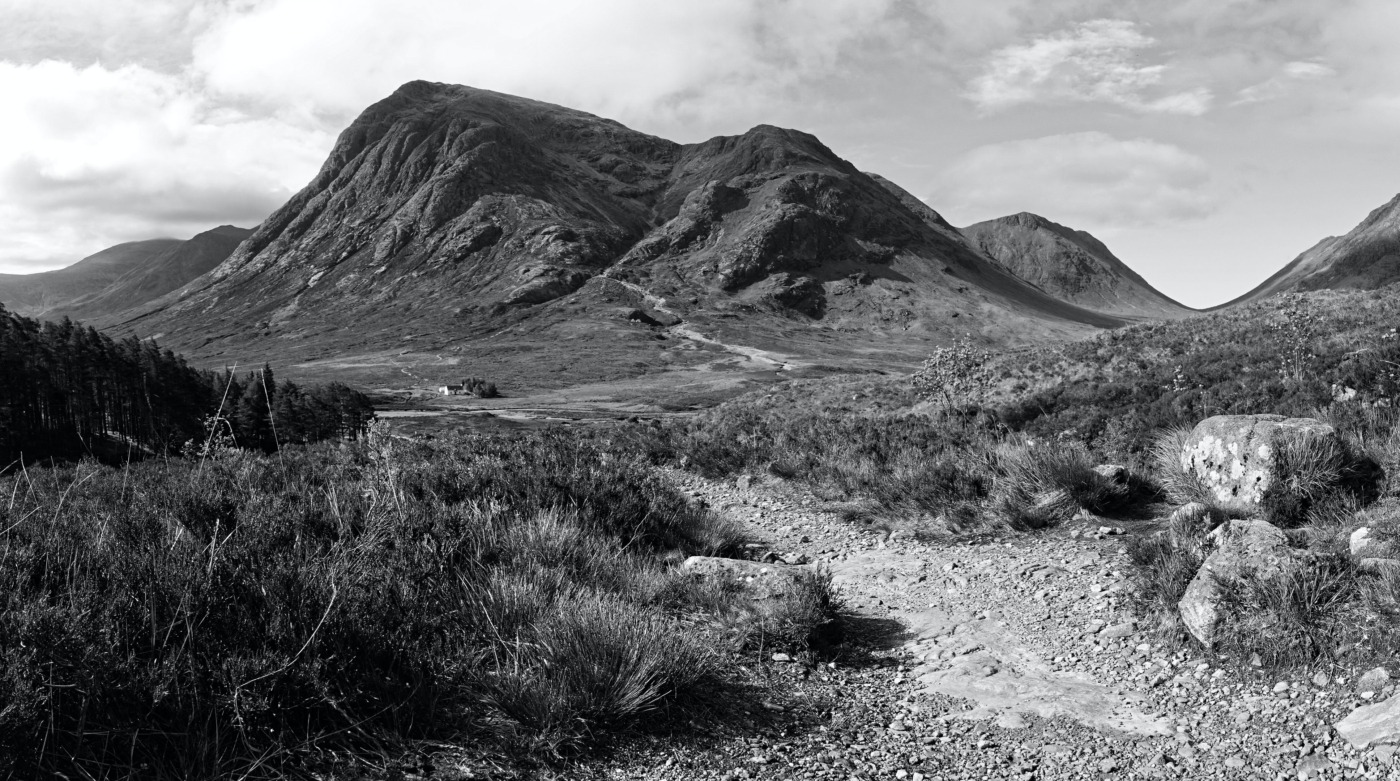 In this bleak black-and-white world of barren landscapes and misty nowherelands, there is no room for love, friendship or human connection. There is only power, violence, and death. It is against this eerie backdrop that Joel Coen’s The Tragedy of Macbeth is set. It retells the Shakespearean story of Scottish nobleman Macbeth (Denzel Washington), who goes from loyal military leader to regicidal murderer to king in less than two hours, all because of one of literature’s best-known self-fulfilling prophecies, delivered by three proverbially wicked witches (Kathryn Hunter). His meteoric rise to power already contains the seeds of his downfall, as his feelings of guilt and paranoia and subsequent despotic rule ultimately cause his demise.

Macbeth’s journey would be a very different one were it not for his wife Lady Macbeth (Frances McDormand), who is just as ambitious as he is, and a lot better at scheming and strategising. Their relationship oscillates between ruthless manipulation (both of each other and their circumstances) and rare moments of genuine tenderness and affection that go beyond a power couple’s marriage of convenience. Lady Macbeth’s suicide, a result of her ever-growing feelings of guilt, visibly affects Macbeth, as he mourns not only for his partner in crime, but for all the tomorrows she will not live to see, and laments the fleeting nature of human life in general.

The film is slow-paced at times but never boring, successfully relying on the power of the original Shakespearean text. This steady rhythm is broken up from time to time to reveal the sordid underbelly of power in all its goriness. Whether one is considering the assassination of Banquo (Bertie Carvel), the only witness to the witches’ prophecy, or the murder of Macduff’s (Corey Hawkins) son, the violence of the crimes committed by Macbeth or by others in his name is not glossed over or banished to an off-stage realm of messenger’s reports or teichoscopia, but shown in all its brutality. The very first crime on his way to power, the murder of King Duncan (Brendan Gleeson), is not a sterile, cold-blooded killing, but a man’s struggle for his life, a loudly beating heart that just stops and a lifeless hand from which blood drops to the floor. The sound of single drops of liquid hitting the ground is echoed later in the film as the dripping of the very water with which the Macbeths try cleaning their hands and clearing their conscience reminds them of their guilt.

All of this occurs against a visually striking yet minimalistic background, and quite frankly the film would be worth watching just for its gorgeous aesthetic consisting of sharp contrasts between black and white, light and shadow, the bright stars and the dark night sky. The atmospheric quality of this production is impeccable, and so it is no wonder that as the wind blew across heather moorlands on-screen, the temperature at the Warwick Student Cinema seemed to drop. While the architecture cannot quite seem to decide if it wants to be mediterranean, brutalist, gothic, or all of the above, none of that matters: The setting is out of this world, and historical accuracy is clearly not the goal of this adaptation, nor does it bend the story so it can be tied to current affairs. Instead, it is left open to interpretation and application in different contexts, and human lust for power is portrayed as timeless and potentially universal.

This adaptation of the play stays true to its theatrical origins, as it showcases the artificiality and the meticulous construction of this world. Not only does it create a visual connection between the witches and the birds that appear time and time again, reminding Macbeth of their prophecies and of the crimes he has committed. It also elevates the prophecy about Birnam Wood beyond a mere tongue-in-cheek hint at the extent of Macbeth’s arrogance and seeming invulnerability: In The Tragedy of Macbeth, it becomes an indicator for the state of his reign.

When Macbeth is at the height of his power, the English forest where Macduff hears that his family has been killed is strangely still, birds can be heard singing, but not a single leaf is moving. As the tyrant’s power begins to dwindle, the very woods where conspiracies against him are hatched and where soldiers group under the command of Malcolm (Harry Melling), the rightful heir to the throne, begin to move. As the end draws closer, Macbeth is left on his own, and when he pushes open the doors to the outside world, a flurry of leaves invades the castle: Great Birnam Wood has literally come to Dunsinane Hill as a harbinger of Macbeth’s imminent demise.

The same is true for the brilliant interpretation of Macbeth’s death scene that makes the story come full circle. He and Macduff face off in a bitter swordfight on a bridge in dizzying heights. When Macbeth’s crown falls to the ground in the heat of the moment, he frantically gropes around for it, not grasping or perhaps not caring that his life is in danger. But the unavoidable ultimately does occur, and Macbeth is killed reaching for his crown, emblematic of the way his struggle for power has ruined him.

On a theatre stage, leaves swirling and whooshing around in such a way would have looked bravely experimental at best, and an actor desperately reaching for a crown might not have had the same impact and symbolism. It is precisely through the medium of film, and through taking the best of both worlds, that The Tragedy of Macbeth manages to add extra layers to a story seemingly told one too many times already. It is a minimalist, monochromatic, magnificent interpretation of a classic tale.