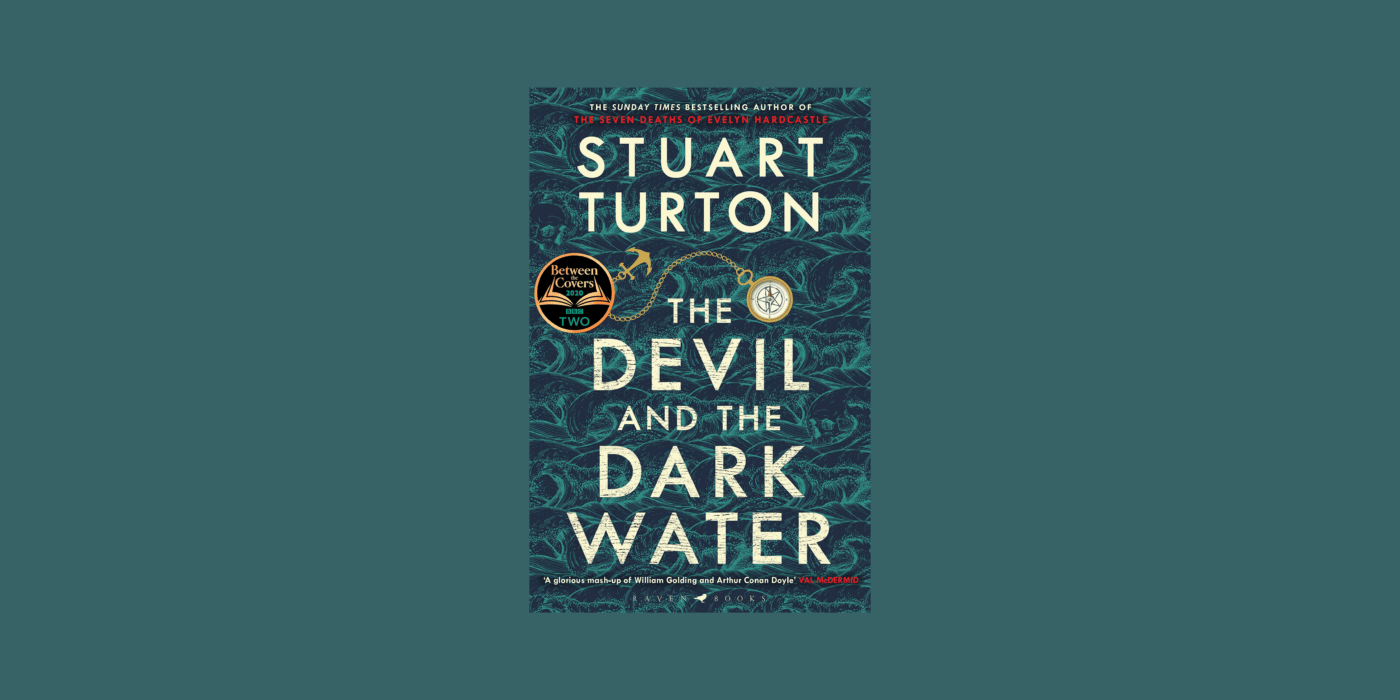 One of the challenges for an avid reader of crime fiction like me is finding new books. I’m talking ‘new’ in two senses – most obviously, books I haven’t read before, but then also books that do something novel. In Stuart Turton, I found an author who ticks both boxes. After my partner bought me a copy of his debut novel, The Seven Deaths of Evelyn Hardcastle, and I devoured it, I was very keen to read his second. The Devil and the Dark Water sees Turton firing on all cylinders – it’s an inventive book packed with strong characters, a great sense of atmosphere, and an intricate plot that hooks you from the off.

The book takes place in 1634 and sees the world’s greatest detective Samuel Pipps being transported by boat to Amsterdam, where he is due to be executed for a crime he may or may not have committed. Our central character, though, is Pipps’ bodyguard Arent Hayes, a chronicler of his adventures who is determined to prove his friend innocent. A leper issues a deadly warning on the docks before departure, and devilry soon begins to blight the voyage – the mark of a fabled demon known as Old Tom appears on the boat’s sail, kickstarting a series of impossible crimes and upping the tension onboard. Arent partners with a noblewoman called Sara Wessel to get to the bottom of events before it’s too late.

The Seven Deaths is such an enjoyable book for a number of reasons – it ploughs through the plot, being gripping and demanding your attention, and it is a new spin on some of the tropes and conventions of the crime novel (incorporating sci-fi and a Groundhog Day narrative). Turton builds on those foundations in The Devil and the Dark Water, this time mixing a Sherlock Holmes dynamic with seafaring and the supernatural, and he makes it look easy – an awful lot happens in the book, and it’s a detailed and unpredictable reading experience that makes an impression. He has a wonderfully crisp and bouncy style of writing – it’s accessible and it conveys a lot of detail without ever being boring. Far from it – he balances crime and horror adeptly and frequently brings the two in conversation with each other.

There is great character work here, with the central duo of Arent and Sara a really fascinating one. Both are hindered by limitations – Arent a lack of faith in his own detective skills after a period with Pipps, Sara by the patriarchal restraints of the time – but they work around them and drive the plot in some interesting ways. Turton deliberately side-lines Pipps, and this really strengthens the book. Outside of this trio, there’s a large selection of supporting characters – it’s a big list (you’ll be thankful for a passenger manifesto during the first 100 pages or so), but Turton brings them to life. There’s a huge cross-section of life, from the powerful governor-general Jan Haan to the beastly boatswain Wyck, and they all feel like distinct personalities that add something to proceedings.

I also want to bring out Turton’s incredible ability for shaping atmosphere. As the supernatural elements occur, there are points that feel genuinely quite frightening – as befits a tale in which a demon and an undead leper may be stalking the ship, Turton can dial up the horror when he needs to. There are elements of fun and comic relief, but The Devil and the Dark Water is mainly a tense experience – you can taste the sea in the air, and the increasing sense of panic among the characters as events take a turn for the worse. The pace builds a lot, often quite subtly, and there’s never a moment when it lets go.

So, this is a good book, but it’s far from a perfect one. I was advised before reading it that the ending is a bit of a let-down, and I have to agree – things feel somewhat rushed in the last 100 or so pages, with some characters doing things that seemed completely at odds with how they were portrayed earlier on, and a dramatic narrative shift that rather ironically kills a lot of the book’s momentum. I was largely a huge fan of how the mysteries were resolved – the book plays fair and answers all our questions, an incredible feat given the amount of plates Turton has spinning here and the supernatural aspects of the plot – but there were certain answers that were a little too obvious or a little too unguessable with the information the reader has.

These are minor quibbles, though, and I left the book incredibly satisfied. Turton again cements his position as one of the most inventive voices in the crime genre – The Devil and the Dark Water is unlike anything else on the shelves (and even his earlier work), and it comes highly recommended. In an afterword to the book, Turton promises that he’s hard at work on a third book, and based on the strength of this installment, I’m really looking forward to it.