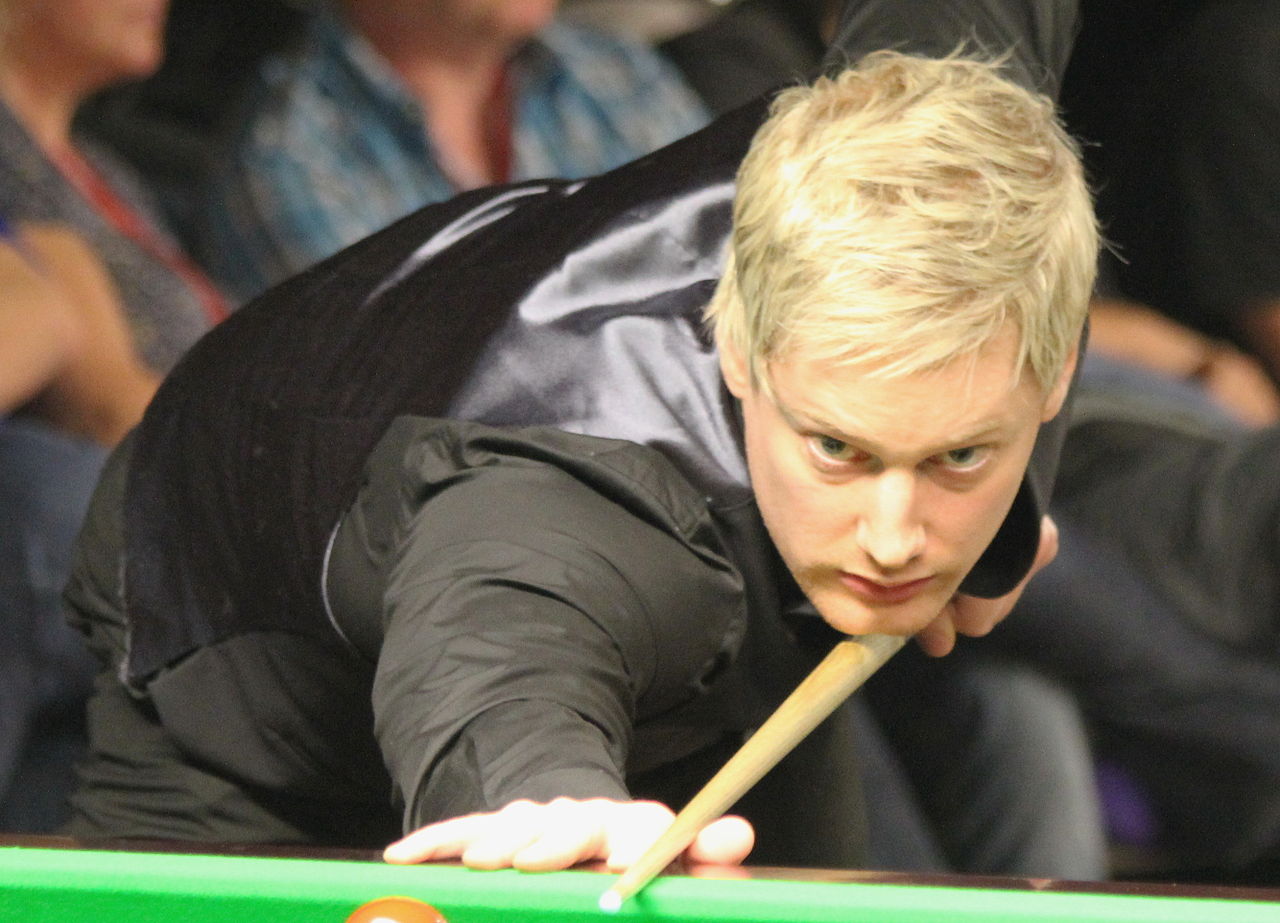 Defending champion Neil Robertson pulled off a remarkable comeback in the final of the Tour Championship, coming from 9-4 down to beat John Higgins 10-9. Robertson looked on incredible form, taking advantage of every opportunity offered by his opponent to secure an impressive win that puts him in good stead for the World Championship.

For Robertson’s ascendancy, it was a gutting night for Higgins – he was the better player for much of the match, knocking in five centuries, but when he moved within one frame to victory, there was little he could do. He had few chances, and he failed to take full advantage. His opponent’s standard was excellent, applying pressure where it counted, but that’ll be little consolation for the four-time world champion.

It seemed to be Higgins’ match from the off, with the Scottish player winning a tense safety battle in the first frame, then making breaks of 136 and 126 in the second and third frames respectively to secure a 3-0 lead. Robertson fought back to level the score line – he got on the board with a 130 break, and was close to making a maximum break in the sixth frame, missing on the last blue which was positioned awkwardly on the baulk cushion.

Higgins registered 127 and 80 breaks to finish the afternoon session 5-3, and he was on fighting form when play resumed in the evening, winning the next three frames. Robertson fought back, making 91 to keep himself in the match, but a long red after the final interval took the score to 9-4 and put Higgins one frame from victory. At this point, the result seemed inevitable, and it would have been an exceptional effort for Robertson to make a comeback.

It’s rare that the moment things shifted is so obvious in a snooker match, but both Higgins and Robertson drew attention to a shot that changed the entire complexion of the final. In frame 14, there was a safety battle that left Higgins needing all of the colours to win – Robertson left the cue ball tight on the ball cushion, but a difficult yellow was on to the left middle. Higgins opted to play it, and didn’t pot it.

It’s a tough one to take but there are worse things happening in the world. I’ve lost a snooker game and Neil is an incredible player

From then on, it was momentum Robertson. He needed the next four frames to force a decider, and he started getting them. A break of 108 secured frame 15, and after Higgins failed to take advantage of a Robertson miss on a red to the yellow pocket, a scrappy frame 16 went the Australian’s way. An easy starter left by Higgins set up Robertson for a 72 break, and 93 in frame 18 meant we got the final-frame decider that no-one would have expected.

It all came down to a deciding frame, and both players seemed nervy. Robertson opted for a risky plant, but it didn’t go, giving Higgins a chance he had not anticipated. But he missed a simple pot to the bottom right, and there would be no more opportunities – Robertson made a break of 72, becoming the first man to win the Tour Championship twice.

After the match, Higgins said: “Considering the opposition, it has to be the best comeback of my career. John only started missing balls in the last few frames. I just kept digging in.

“That’s given me a huge amount of belief [for the World Championship]. Even if I’d lost 10-9 I would have had massive belief because I had come back so well. Every tournament I enter, I fancy winning it if I can play well.”

Higgins was clearly gutted – this is the third time this season that he lost a ranking final after needing only one frame to win, and the scale of this defeat will sting. He said: “It’s a tough one to take but there are worse things happening in the world. I’ve lost a snooker game and Neil is an incredible player.”

The final event of the season, the World Championship, will begin on 16 April. Based on his form all season, and his impressive showings throughout the Tour Championship, it’s entirely possible that Robertson could add a second world title to his 2010 victory.