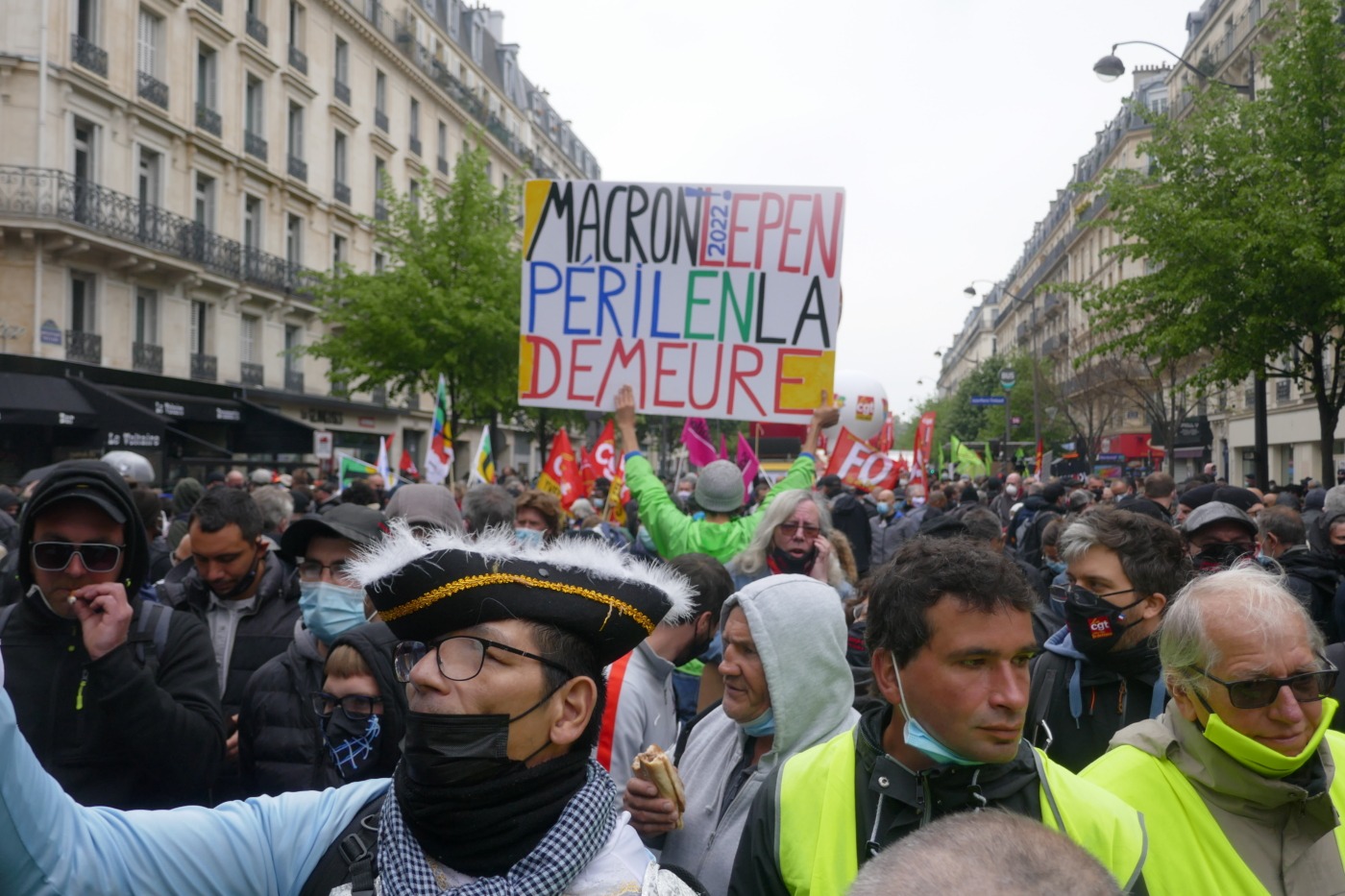 Hundreds of French students occupied or blocked buildings at the Sorbonne in Paris, and other institutions around the country, in protest of the presidential election.

They expressed displeasure at what they termed a limited choice between Emmanuel Macron and Marine Le Pen at the presidential run-off, claiming neither candidate would do enough to protect the poor or the environment.

One student said that young people faced a “false choice” between the two candidates, while another stated that the two options “don’t represent us at all”.

On Thursday 14 April, students threw leaflets from windows at the Sorbonne and chanted “we are all anti-fascists”. They also displayed a banner reading “Sorbonne occupied against Macron, Le Pen and their world”.

The police fired tear gas to prevent other students from arriving at the demonstration.

At the prestigious political sciences institute Sciences-Po, where Macron himself studied, left-wing students barricaded the main entrance with garbage cans and banners. A far-right student group posted a video showing youths seeking to clear the barricade by violently tossing garbage bins aside.

At the entrance, students displayed a number of banners, boasting slogans including “no to the extreme-right” and “antifascist feminists”.

“We tried Emmanuel Macron and we didn’t like it, and Le Pen in power — we don’t even want to try it, it is a repulsive possibility.”

One student at the Sorbonne, identified only as Lola, said: “We tried Emmanuel Macron and we didn’t like it, and Le Pen in power — we don’t even want to try it, it is a repulsive possibility.”

Gabriel Vergnes, a student at Sciences-Po said: “Since young people are concerned with environmental issues, with social issues, with antiracist, feminist and LGBTQ issues, it is very necessary to have a candidate to represent us.

“We now have a second round with only two right-wing candidates who are the enemies of the workers and of the youth, and we can’t accept that, we can’t accept five more years of austerity and pollution.”

The French presidential election has two rounds. In the first, all the candidates receive votes. If none of them pass the 50% vote threshold then the two with the most votes advance to the second round, where the candidate with the majority of the votes is elected president.

In this election, incumbent Macron will face Le Pen, who advanced to the second round with 27.8% and 23.1% of the vote respectively. The main left-wing candidate, Jean-Luc Mélenchon, attained 22% of the first-round vote, and was consequently eliminated from the contest.

A number of the students at these protests were Mélenchon supporters.

However, whereas most of the candidates have endorsed Macron, with the exception of the far-right Éric Zemmour, Mélenchon has stopped short of supporting the president. It is expected that the choices of Mélenchon’s voters, be it selecting a candidate or choosing to abstain, will be crucial in determining the outcome of the vote.