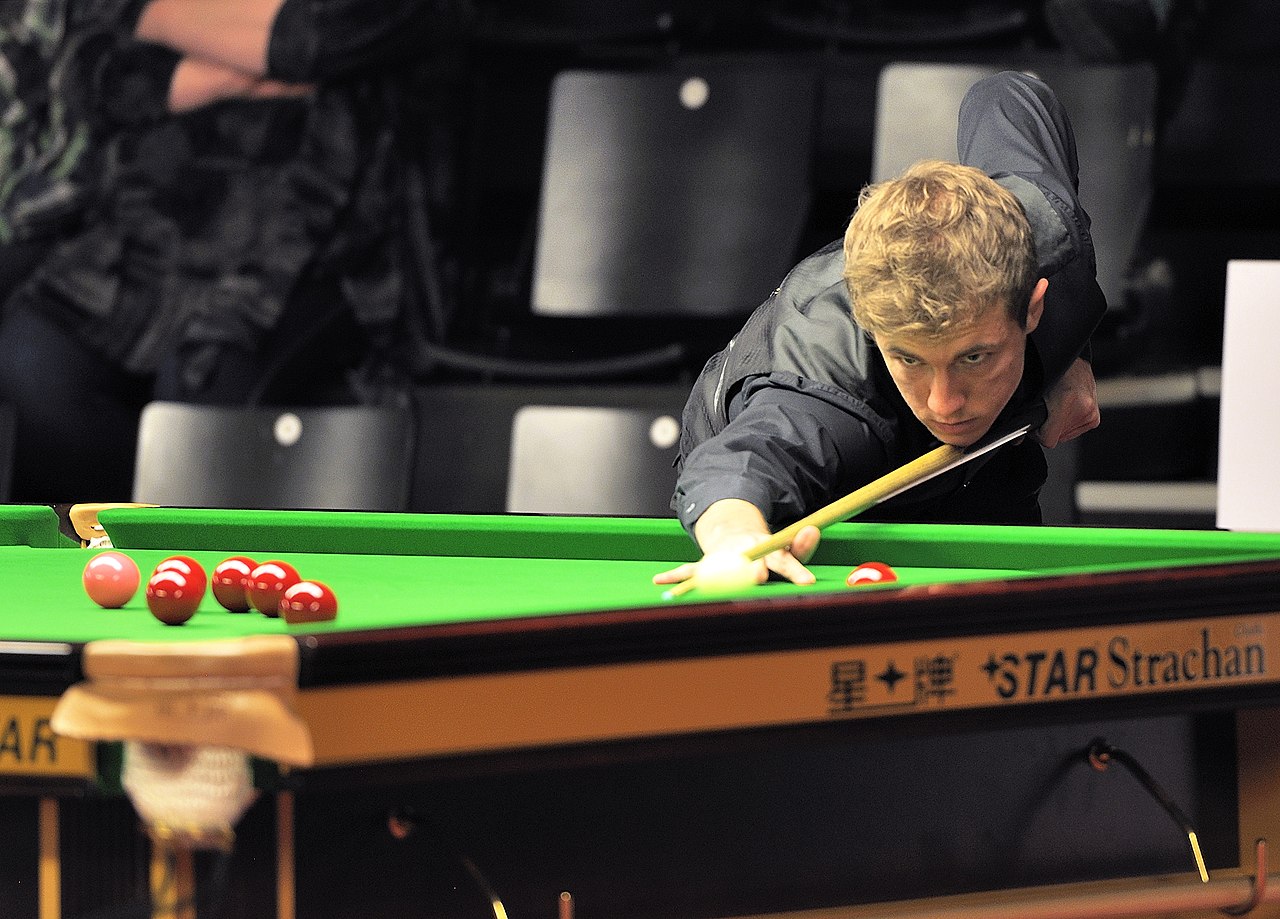 Pre-tournament favourite Neil Robertson has been knocked out of the World Snooker Championship by Jack Lisowski, despite a spirited contest that saw the Australian produce the 12th maximum break in Crucible history.

It all came down to a final-frame battle, in which both players had their chances. Ultimately, it was Lisowski who won the day 13-12 – Robertson extends his surprisingly poor record in Sheffield, but he will still leave a happy man after writing his name into the sport’s record books.

Unlike some of the matches this tournament, neither player stormed ahead to a dominant lead. Robertson suffered from tip issues in the opening session, leading to him falling 4-2 behind, but a pair of back-to-back centuries evened the score line before the Sunday session. Lisowski was on strong form, taking his time over shots and assembling some impressive breaks, and he never let up, punishing his opponent with every opportunity he received. But these were few and far between, as Robertson let few opportunities by himself – he was behind all session, but he finished with a victory in the final frame, keeping the score line surmountable.

Robertson was trailing 9-7 as we entered the final session on Monday, and Lisowski took the first frame after his opponent missed a red to the corner. But the Australian started to pick up momentum, winning the next four frames in a row – he took advantage of an under hit safety to steal the next frame, and after Lisowski potted the white in frame 19, Robertson came back in style, making the fifth 147 of his career and only the 12th in World Championship history. A 79 break helped level the score line, then Robertson inched in front.

I thought he was going to beat me, and I just felt gutted… Neil’s the best player in the world right now, but you can’t keep letting these guys beat you

Lisowski replied with a fantastic 88 break to level at 11-11, and it seemed as though he would retake the lead in frame 23. He missed a green, and Robertson moved closer to the finish line. It looked as if it would be his victory at 55-0 on the next frame, but he played safe and then missed a red. Lisowski took advantage, forcing a decider with a 72 break. A fluke looked to make it Robertson’s win, but then he left a red over the corner pocket – this was a chance that Lisowski didn’t pass up, securing the victory.

After the match, Robertson said: “It just tops the season off because it’s on everyone’s bucket list to make a 147 at the Crucible, and my mum was in the crowd as well.

“The season I’ve had has been the season of absolute dreams. But Jack played the match of his life. It was an incredible match, and it was played in the right way. I’ve got nothing but praise for Jack because he really just handled himself really well.”

Lisowski said: “I thought he was going to beat me [at 12-11 down], and I just felt gutted. I felt like the match deserved a decider… Neil’s the best player in the world right now, but you can’t keep letting these guys beat you. It was an incredible match.”