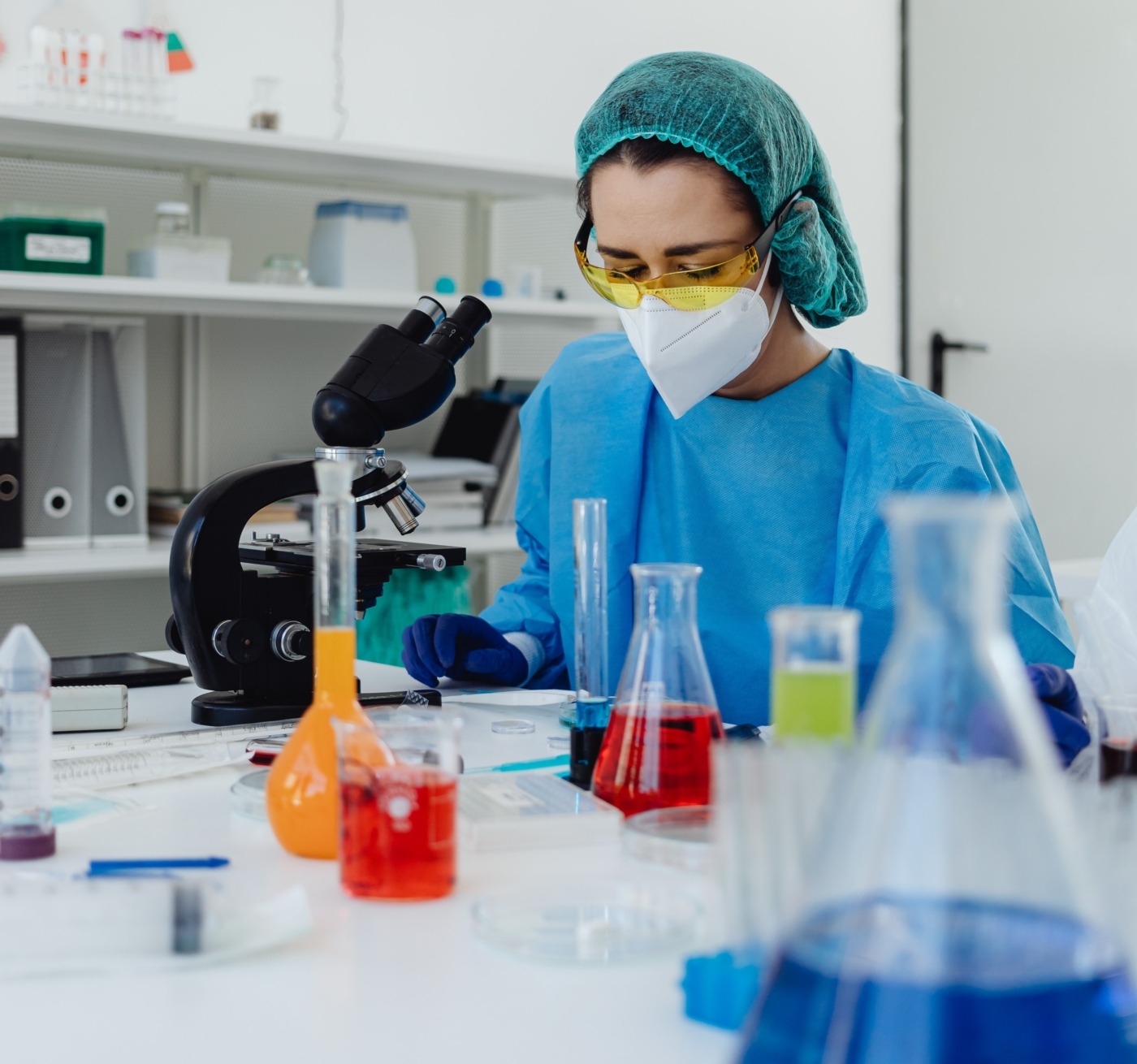 Who is or was the smartest person in the world? When asked this question, many people might say Einstein. Whose scientific discoveries fundamentally changed the way we see ourselves and the universe? Some might say Copernicus, others Hawking. Whose brilliant mind shaped the outcome of World War II? Some might say Turing, others Oppenheimer. What all these scientists have in common is not just genius, it’s also gender. However, women have been doing research and making scientific discoveries just as long as men have, and inspiring stories of women in STEM disciplines reach across continents and centuries. What better time to reflect on their contributions and celebrate their achievements than Women’s History Month?

The first ever computer programme, a visualised form of an algorithm to generate Bernoulli numbers, was written by a woman: Ada Lovelace. She also foresaw that machines might one day be able to calculate and work with so much more than numbers. And here we are, 180 years later, where many people feel like they could not live without their smartphones. Warwick’s very own Professor Yulan He was awarded a Turing AI Fellowship for a research project on Natural Language Understanding, a branch of AI that aims to allow computers to understand text automatically. Back when ‘computer’ was a job description, the calculations carried out by Dorothy Vaughan, Katherine Johnson, Mary Jackson, and others like them at NASA’s precursor NACA contributed to the US space program. In the 1960s, Margaret Hamilton led the team that developed the on-board flight software for the Apollo missions, which ultimately led humankind to the moon.

But women have been reaching for the stars for a long time, even though mainstream history might not reflect it. We all know Copernicus and Galileo, Tycho Brahe and Johannes Kepler, but before the publication of the film Agora in 2009, many of us had probably never heard of Hypatia, a 4th-century astronomer, mathematician, and philosopher from Alexandria. In the 17th century, Chinese astronomer Wang Zhenyi studied the phenomenon of the solar eclipse by using models. And as recently as 2017, Burçin Mutlu-Pakdil, a Turkish astronomer and astrophysicist at the University of Arizona, discovered an unusually shaped galaxy that was nicknamed after her.

Female researchers at Warwick are also exploring space through numbers and models. Among them are astrophysicist Dr Heather Cegla, who was awarded a UKRI Future Leaders Fellowship for her work on studying stellar signatures to facilitate exoplanet discovery, and Dr Rebecca Nealon, a member of the Astronomy and Astrophysics group at Warwick whose research focuses on misaligned protoplanetary discs and their effects on planet formation. Dr Nealon was also awarded a Stephen Hawking Fellowship.

Perhaps the most famous female scientist is Marie Curie, who discovered polonium and radium together with her husband Pierre and carried out research on radioactivity. She is one of only two people ever to have received Nobel Prizes in two different disciplines, in her case Physics and Chemistry. In 1986, Italian scientist Rita Levi-Montalcini received a Nobel Prize in Physiology or Medicine for her contribution to the field of neurobiology by discovering Nerve Growth Factor, and in 2009, Israeli scientist Ada E. Yonath was awarded the Nobel Prize in Chemistry for her work on the structure and function of the ribosome. And last year, Arij Yehya, PhD candidate in Warwick’s Department of Psychology, won a L’Oréal-UNESCO For Women in Science Young Talent Award for the MENAT region. Her work focuses on factors that contribute to and exacerbate gender differences in personality traits.

There are many more examples of outstanding women in science, both historically and today, and any of them would be a worthy protagonist for an entire research paper. This is not only due to their scientific discoveries, but also because of their inspiring life stories and the way in which they overcame the obstacles that patriarchal societies placed in front of them. Unfortunately, those obstacles (and the underrepresentation of women in science that they lead to) are by no means a thing of the past. Since 1901, only four women have received Nobel Prizes in Physics (out of 219 laureates in total), only seven in Chemistry (out of 186), and only 12 in Medicine (out of 224). The story of women in science is often a story of exclusion. Together with Otto Hahn, Austrian physicist Lise Meitner researched and discovered nuclear fission, and in 1938, she published a theoretical explanation of the phenomenon together with her nephew Otto Frisch. It has been argued since that this was the discovery of the century, making inventions like the atomic bomb and nuclear power possible, and surely such a decisive discovery deserves recognition. And recognised it was, by awarding a Nobel Prize in Chemistry – to Otto Hahn.

This is echoed, though in slightly different form, by the groundwork that Rosalind Franklin’s research laid for the discovery of the double-helix structure of DNA by Watson and Crick, which earned them the 1962 Nobel Prize in Medicine together with Franklin’s research partner Maurice Wilkins. Franklin herself had died in 1958, and so was not eligible for the Nobel Prize, but she still remained uncredited.

Unfortunately, Nobel Prizes are not the only place where women are underrepresented in science, gender inequality also persists here at Warwick. According to the University of Warwick’s most recent Equality Monitoring Annual Report, only 38.8% of Teaching Focused roles, 30.1% of Research Focused roles, and a disheartening 16.9% of Teaching and Research roles in the Faculty of Science were occupied by women.

Why is it important to celebrate Women’s History Month, and more specifically to showcase the achievements of women in STEM? After all, aren’t scientific discoveries (and science in general) supposed to be unbiased and valuable, no matter who is behind them? There are two good reasons not to jump to this all-too-easy conclusion.

For one, there is the issue of intellectual property that has already been touched upon. As university students, some of us might be tired of hearing about how to avoid plagiarism time and time again. The purpose of this, however, is to have credit go where credit is due, and acknowledge the original work of the person who made a discovery or first formulated a theory, and the effort that they put into this.

In addition to this, scientific findings and inventions are not always unbiased, especially when relating to humans. Promoting women in science and technology means including more perspectives to achieve better outcomes that benefit everyone. The flip side of this is that when women are not included in research processes, or not even thought about, this can have real, dangerous consequences for their lives. For instance, according to the Insurance Institute for Highway Safety, women are twice as likely as men to sustain serious injuries in a car accident, in part because crash test dummies used to be only modelled on men, and so cars tend to be designed around an average male body.

There’s more than one way to move closer towards equality, and recognising women for their achievements and contributions in science and technology is only the beginning of what needs to be a broader social change. Changing the way children are brought up and educated, both at home and in schools, could encourage more girls to take an interest in STEM subjects. And introducing quotas can help break the glass ceiling, ensure equal representation, and set examples for young girls. This year, during Women’s History Month, and in particular on International Women’s Day, take a moment to reflect on some of the key discoveries already made by women in science, and on the many more that can be made in a future society where individual life paths and opportunities are no longer shaped by gender, but by individual interests and talents.