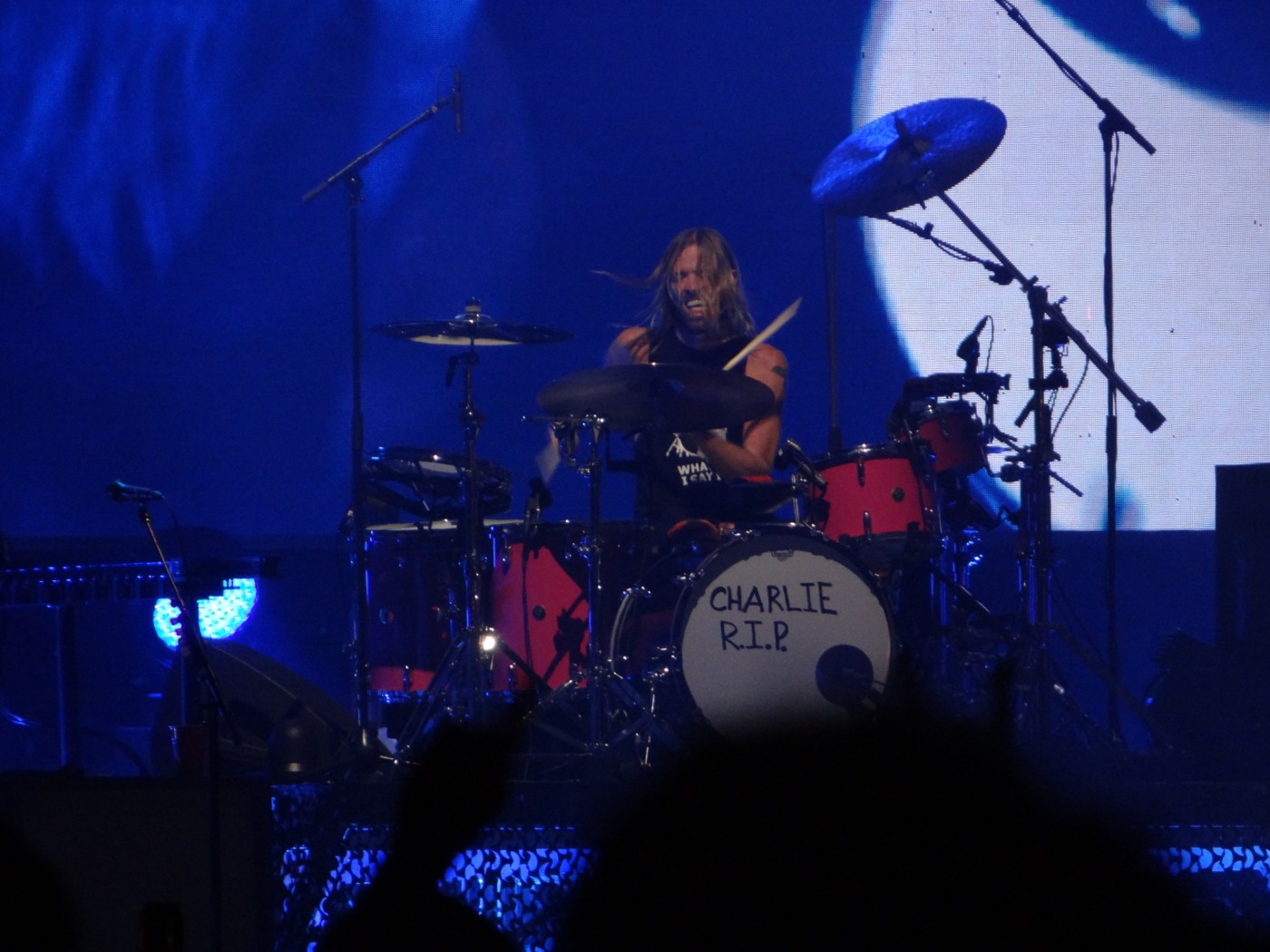 Taylor Hawkins, the captivating and vivacious drummer for the Foo Fighters for more than two decades, has died aged 50 according to an official statement released by the band.

The band, who are currently touring their most recent album Medicine at Midnight in South America are reportedly “devastated” by the shocking loss. “His musical spirit and infectious laughter will live on with all of us forever.”

Combined with his charisma, classic rockstar good looks, and cheesy grin, his ascent to the legendary heights of rock superstardom was only a matter of time.

Describing him as “our beloved,” it is clear that Taylor Hawkins’ impact on the band was profound. After all, it takes some doing to be the drummer in Dave Grohl’s band.

Hawkins started playing the drums aged 10. This was the start of a lifelong passion for rock ‘n’ roll. Going to a Queen show in 1982 only confirmed this obsession, propelling him to pursue his dreams of being in a “huge rock band”. In later life, he would draw heavily upon the influences of Queen drummer Roger Taylor. Combined with his charisma, classic rockstar good looks, and cheesy grin, his ascent to the legendary heights of rock superstardom was only a matter of time.

After a stint playing in an experimental Californian band, Sylvia, whilst working in a music shop, he was recruited by vocalist Sass Jordan. It wasn’t until 1995 that he landed the mainstream break he needed. Alanis Morisette recruited Hawkins as a touring drummer for her album Jagged Little Pill.

It was during that tour that he met Dave Grohl and developed an instantaneous kinship with the man who, at the time, was best known as Nirvana’s drummer. In an interview in 2021, Grohl recalled meeting Hawkins and discovering “either my twin or my spirit animal or my best friend.” And when Grohl needed a drummer, Hawkins was the man for the job.

He joined the Foo Fighters for their third album There Is Nothing Left To Lose, which went on to win the Grammy for best rock album and was the start of the band’s meteoric success. Since Hawkins’ arrival, the band have received 28 awards and it is no surprise that their greatest hits including Learn to Fly, The Pretender and All my Life have all been Hawkins-assisted.

His boundless energy, good humour, and flair supercharged the band. He carved out not only a place for himself within the band but also a place for the band on the global stage. The induction of the Foos into the Rock & Roll Hall of Fame last year saw the band recognised for their rock authenticity and monster drums. Likewise, the band’s onstage connection, which was pioneered from the personal relationship between the thrashing drummer, Hawkins, at the back and Grohl at the front, has caused many to hail that the band are not ones to miss.

Taylor Hawkins’ death leaves a mammoth gap at the heart of the Foo Fighters.

On more recent Foo Fighters tours, it became common for the “sideman with a frontman’s flair” to swap places with Grohl and sing covers of the band that inspired him. Queen covers such as ‘Under Pressure’ and ‘Somebody to Love’ became commonplace. Hawkins revelled in his time at the front just as much as he did being an enigmatic whirlwind behind the drumkit during the band’s extensive drum solos. Feats like these meant that Hawkins was not only an endearing showman, with his flailing limbs and rapturous humour, but also the second most prominent band member behind Dave Grohl himself.

Taylor Hawkins’ death leaves a mammoth gap at the heart of the Foo Fighters. The hard-hitting, laughing, showstopping musician and performer leaves behind a legacy, and his childhood dream to be in a huge rock band was certainly fulfilled.

Whilst it was always going to be tricky for any drummer to play in Grohl’s band, Taylor Hawkins made it look like a breeze, and he did so with a constant grin on his face.