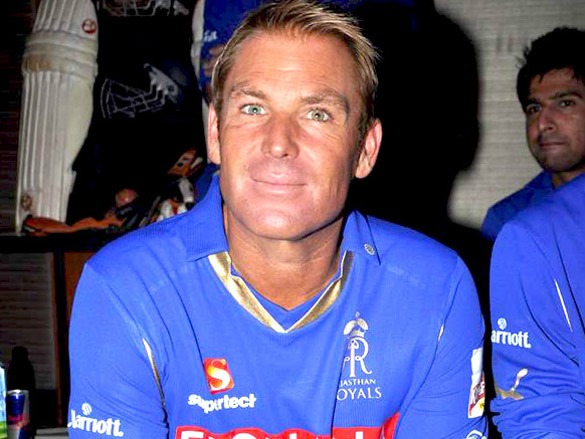 As a legend of the cricketing world, since the passing of Shane Warne on 4 March, people from across the world have been shaken by the loss of such a well-known sporting great. Although his career was touched by scandal and difficulty, the Melbourne-born leg spinner had carved himself into the history books as both a stunning player and lively commentator of the game.

Warne made his first Test appearance in 1992, but it was at Old Trafford in 1993 when he burst onto the scene, dismissing England great Mike Gatting with his first delivery. This famed moment has become known as ‘The Ball of the Century’ as Gatting was left bemused at the stumps by the leg break he had faced. Warne himself said that “the ball of the century was a fluke. It really was… I never did it again in the first ball of any time”.

Fluke or not, before this career defining delivery, many thought that Warne’s style was too risky for international cricket. But as his career progressed, more records were set to come the way of the unfalteringly accurate leg-spinner. In 1999 alone, he took 303 test wickets, a test hat-trick, and a one-day World Cup victory.

But it was not just his accuracy which gave Warne an edge – the way he commanded matches was all part of his game. Mixing unpredictable starts and stops with an array of facial expressions, it was rare that a batsman would be at ease when facing ‘Warnie’, as he became known. For this he was far from your average ‘by-the-book’ cricketer.

He often ruffled the feathers of the Australian coaching staff as he rejected their philosophies on fitness for the cricketing side. He also never made it as captain of Australia, but this was perhaps less because of his experiences on the field and more because of those he encountered elsewhere.

He and another Australian teammate were found guilty of taking part in one of the first examples of match-fixing in the cricketing world. Both players admitted to receiving money and giving information about pitches and weather to a Sri Lankan bookmaker. As a result, the reputation of the much-loved cricketer was tarnished.

Later in 2003, Warne was found to have used a banned diuretic and was suspended from the game for 12 months. But the banning was not the end of his career. He returned to the Ashes in 2005 and helped Australia to complete a crushing victory over the English side. By the end of his career, he had a stunning 708 test wickets in total and was named as one of the five Wisden Cricketers of the 20th century.

Warne’s once-in-a-generation career was not only impressive in its own right but he became a trail blazer for other bowlers to be taken seriously within the sport. Bowling a leg spin was dying out before Warne due to the dominance of pace bowling in the ‘80s and ‘90s. He re-introduced the art of leg spin, paving the way for modern day players, like Sri Lanka’s Muralitharan, to dominate the sport.

His experience in the game then lead onto a post-retirement career in the world of punditry where much public affection for Warne was rekindled. Commentating in Australia and in other countries around the world, his love for the game found a new way to shine across the airwaves to listeners everywhere.

Since his death, his counterparts from the cricketing and commentating world have flooded social media with their tributes to the Aussie legend.

England Captain Joe Root said that Warne “was always a joy to be around, gave so much energy to the sport and obviously as a kid growing up, was a massive idol of mine”.

Pat Cummins, the current Captain of the Australian side has also added “Shane was a once-in-a-century cricketer… Apart from the wickets he took and the games he helped Australia win, what he did was draw so many people to the sport”.

Tributes have also come from outside the cricketing world with British singer/songwriter Ed Sheeran writing: “Shane was the kindest heart, and always went above and beyond to make people feel welcome and special. Such a gentleman. He gave so many hours and years of his life to bring joy to others, and was such an amazing friend to me. I’ll bloody miss you mate. Absolutely gutted.”

Leaving the world as not only an Australian, but international sporting legend, the way Warne reintroduced the art of the leg spin into the sport will always be looked back on with admiration for years to come. The public affection which grew for the star is likely to be seen in the coming weeks as Warne’s family have accepted the government’s proposal of a state memorial service on 30 March.

Warne is survived by his children, Brooke, Summer, and Jackson.