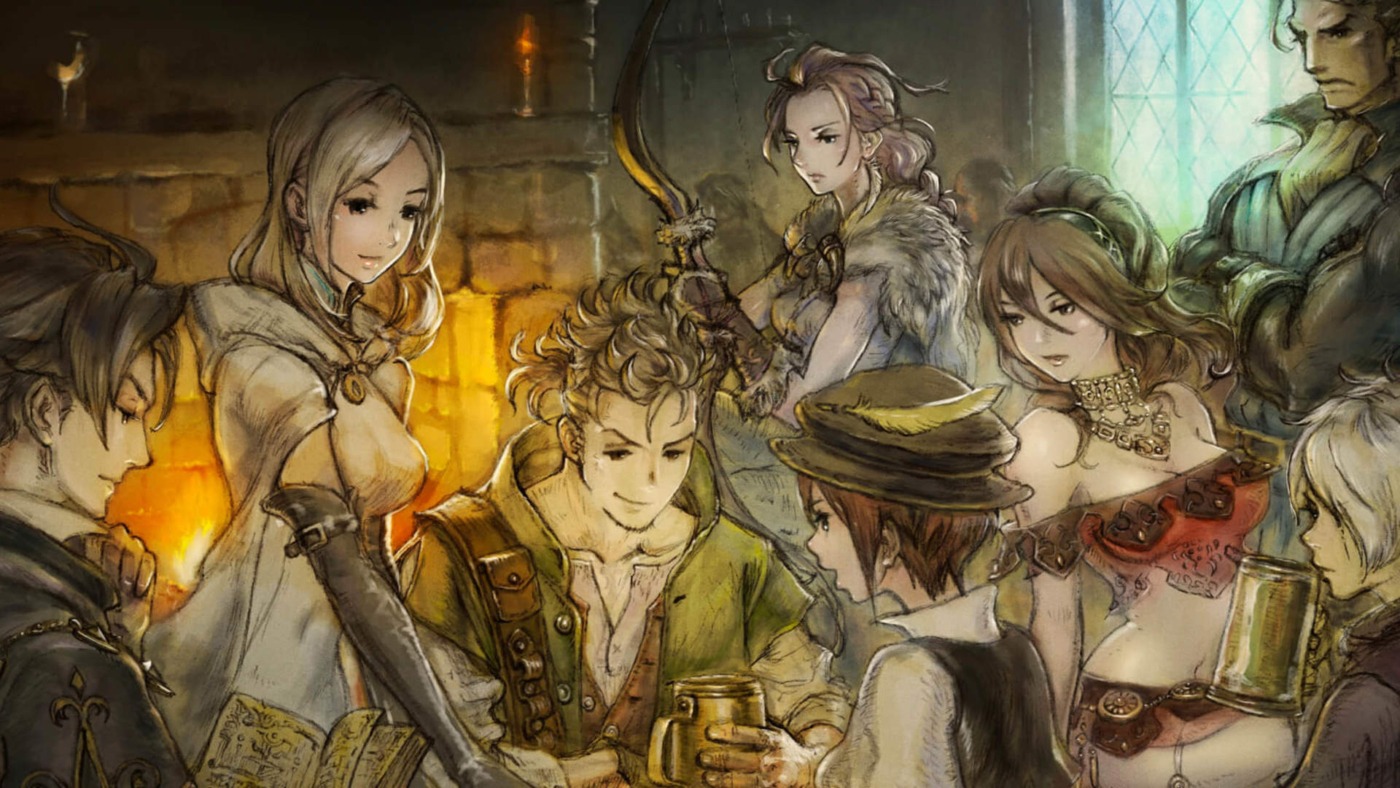 The magic of game music

What would games be without music? They would obviously be rather silent, but more importantly, they would be soulless. What do you do when you love games, music, and especially enjoy the music in games? Clearly, you write a lot about it and create a new series for others to share their passion for it! Yet, why is game music often underappreciated and overlooked, even though it is fundamental to the gaming experience?

For all the focus on graphics and the AAA titles, the importance of plot and gameplay, the thing that makes or breaks games is the atmosphere. And what better way to create the perfect atmosphere and experience than the music you hear during your playthrough. The music is too often an afterthought to players, but if you think about it, what would the sad and climatic moments feel like if there were no sound to accompany them? Music isn’t always at the forefront, it isn’t visual either, it is something used to subtly craft the desired atmosphere and subconsciously shape your experience. Imagine how flat and dead a game would feel if you removed the music from it. Try playing a game with the sound off and with it on, the difference is stark and has a massive effect on the overall experience.

The beautiful atmospheric tracks for its varied and vibrant locations are wonderful enough, but the boss music and the way each of the characters’ themes and motifs all meld into the boss tracks seamlessly is on another level for someone with a musical mind.

A lot of thought, time, and effort goes into perfectly crafting game music. Game soundtracks are used to communicate the emotions, the atmosphere, and the appropriate state of mind at various locations and parts of the game. This could be the quizzical and repetitive motifs used in the Professor Layton games’ puzzles, which creates the perfect atmosphere for solving increasingly devilish puzzles. The frustration it can induce when you have been stuck on a puzzle for an hour is brought on by the exact same music that can make a quick solve joyous. The atmosphere could also be the swelling, grandiose, and majestic tones of a final battle – the sense of finality is key to the music for the final battle of Fire Emblem Echoes: Shadows of Valentia, the track name is very fitting: ‘Twilight of the Gods’. This games’ end credits music, ‘The Heritors of Arcadia’, really brings out the soulful reflection upon the war you have just fought. Your feeling of investment in Alm and Celica’s final battle against Duma, or in the push to finish that next puzzle, or as you traverse the coasts of Octopath Traveler, is entirely tied up in the music that accompanies it.

Octopath Traveler is my personal favourite RPG. Yes, there are issues, but it is a game that I have never been bored of playing, even when grinding my party up beyond level 80 or 90 for the secret final boss. The new spiritual successor, Triangle Strategy, uses the same art style and general aesthetic as Octopath Traveler, the one thing I really hope it can deliver on is for the music to live up to its predecessor. I return to the music of Octopath Traveler rather often. The beautiful atmospheric tracks for its varied and vibrant locations are wonderful enough, but the boss music and the way each of the characters’ themes and motifs all meld into the boss tracks seamlessly is on another level for someone with a musical mind. The ‘Main Theme’ is still one of my favourite title themes, it sets the scene, implies intrigue, and draws you into the game. ‘The Coastlands’, ‘The Riverlands’, ‘Flamegrace: Guiding Light’, ‘A Sea Breeze Blows’, and ‘How Amusing!’ are just some of the great atmospheric tracks that set the perfect mood and feeling for locations and story beats of the game. Even ‘Requiem for the Fallen’, the motif for when all your party die, which I definitely have not heard many many times during my few hundred hours playing this game, is the perfect blend of sadness, guilt, and frustration that ends in the hope for redemption.

I will never forget the week-long joy I felt while relistening to all the Professor Layton music to write 6,000 words on it – two thirds the length of my undergrad dissertation I’d submitted a few months prior!

The battle music in Octopath Traveler is especially clever. It seamlessly transitions between the looped buildup music and the personal motif of one of the eight characters to the boss battle music. There are four major boss tracks, eight characters and motifs, and many other factors involved and it works every time. Whoever said that music theory was useless!

‘They Who Govern Reason’ is my favourite of all the boss music. It plays as you fight four ‘secret’ bosses for hidden classes and the violins, and I can’t believe I’m praising violins here, they set up your fight against the gods for these classes such as Sorcerer and Warmaster. For those who know my musical opinions, I am not a fan of a lot of singing, especially opera, but the duo of final secret boss tracks ‘The One They Call the Witch’ and ‘Daughter of the Dark God’ changed my opinion on that. I still have yet to beat this fight, but I have never known an atmosphere this tense, hectic, and stressful, knowing I have put hundreds of hours into this game only to be swept by Galdera if I make even the slightest slip-up. This fight is devious, but the rock opera music (yes, you read that right) elevates it to a whole other level.

It is for these moments I made the ‘Music Box’ series for this section, to allow others and myself the chance to talk about this often-underappreciated area of the games we play. It has been a delight to edit and read pieces from multiple articles on games such as The Last of Us, Detroit: Become Human, Marvel’s Spider-Man, Super Mario Galaxy, the Crash trilogy, and Monster Hunter: World. And I will never forget the week-long joy I felt while relistening to all the Professor Layton music to write 6,000 words on it – two thirds the length of my undergrad dissertation I’d submitted a few months prior! It was this series on the beauty of Layton music that has multiple friends in-person telling me how much they’d enjoyed it and how it inspired some of them to pick the games back up again. Who said that game music isn’t a major draw of the games themselves!

Perhaps we could call music the spice, the seasoning, of games?

The best thing about music is that it doesn’t exist within a vacuum in the games it is in. As shown by all the ‘Music Box’ articles people have contributed to this section this last year, the music is both something to talk about itself and a chance to talk about the wider experience of playing the game. It leads you into the storyline, lore, messages, and atmosphere of the game. Imagine a silent game, while this could work in a specific context, it would be the lack of music that sets the atmosphere here, but think how flat your favourite games would be, how many story beats or fights would not have the same edge to them without the music that was crafted for it.

As an experiment, find a boss fight in a game and play it first without the sound on and then again with it on. Notice the difference, feel the tension, and begin to appreciate that the music and sound design are some of the most integral parts of game design. Perhaps we could call music the spice, the seasoning, of games?

There is so much to talk about, it is a magical world and one that deserves a lot more attention.

Music is auditory art. I return to Octopath Traveler again here. The art style is so-called ‘HD-2D’, a 16-bit basis with rich and detailed backgrounds and lighting that gives it its distinctive style. The visual artistry blends incredibly with each location, each scenario, each plot point, each revelation, each character, and each fight, all of which are enhanced and given a new flavour by the music that goes on top. Take the ‘Ending Theme’, it is eight minutes of pure reflection, joy, and celebration with wonderful callbacks to your journey and the opening theme that never feels like I have just spent eight minutes listening to it.

So, when it comes to game music, there is so much to talk about, it is a magical world and one that deserves a lot more attention. And I’m not just saying that as a musician, I’m saying that as someone who loves games and someone who wants more people to experience and appreciate the wonder and magic of so many games out there!