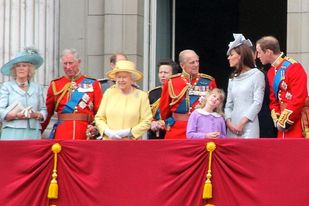 During the Euros last year, it felt like myself and Tory MP Lee Anderson were the only two people in the country not watching the England matches. Anderson, a football fan, opted out for the foolish reason of opposing English football players taking the knee. I didn’t watch any matches simply because I’m not a football fan and couldn’t be less interested. Being surrounded by people who discussed little else between June and July felt profoundly alienating. But I realised that this is probably how republicans or those with limited interest in the Royal Family feel a lot of the time.

Everyone has an opinion on the Royal Family and what their purpose should be. You only need to read the hundreds of articles about Harry and Meghan’s decision to leave the family or accusations made against Prince Andrew to recognise the significance the Royals have in shaping the public landscape. TV show after TV show is devoted to either the present royals or monarchies of the past.

With royals preferring to adopt a mantra of never complain, never explain, those of us outside Buckingham Palace are left to frame our own views

Analysis of royalty and its purpose is so widespread and broad because the coverage is built around speculation. Royals rarely give interviews – when they have done so, things don’t usually go to plan. With royals preferring to adopt a mantra of never complain, never explain, those of outside Buckingham Palace are left to frame our own views, forcing commentary to dominate. At least politicians are willing to give interviews.

Nonetheless, support for the Royal Family is far from on the wane. Broadcasters have recognised that giving coverage to the monarchy is particularly important in 2022, as the Queen celebrates her Platinum Jubilee to mark 70 years on the throne. A four-day UK bank holiday weekend from Thursday 2 June to Sunday 5 June will take place, with widespread public events and community activities occurring.

Hours of viewing will be altered to reflect this momentous occasion

On Saturday 4 June in particular, the BBC has announced that it will stage and broadcast a special event that brings together different entertainment stars to mark the Queen’s seven decades reigning over us. Naturally, this means hours of viewing will be altered to reflect this momentous occasion, with broadcasters adapting their schedule to please the viewers. Union Jacks, tea and cakes, and loud music will be part of the wall to wall coverage.

Yet it’s unclear whether this will be satisfactory for everyone. Republicans are a small but growing minority in the UK, particularly among the young. Indeed, after the death of Prince Philip aged 99 in April 2021, criticism was directed at the BBC for its excessive coverage of the Prince’s life, suggesting this was not reflective of the level of public interest.

This is nothing compared to what will be witnessed after the Queen’s death. The coverage will be on another level, with weeks of documentaries, commemorations, and tributes paid to mark her period in office. Similarly, the ascension of Prince Charles to the throne will raise important constitutional questions about the state of the UK and who should govern.

Outside of immense constitutional occasions, the royals usually gain coverage through opening events and recognising charity work. Yet there is an air of unity and symbolism that is impossible to ignore in the public mood surrounding the time of a royal occasion. In 2012, the combination of the London Olympics and the Queen’s Diamond Jubilee generated widespread positivity, even for those who were sceptical about the monarchy.

When broadcasting events about the royals occur both this year and in any other year, the BBC especially must ensure it provides adequate time and coverage to the position that the monarchy’s continuation must be open for debate, including abolition. The absence of a Presidential system in the UK is far from inevitable. If the BBC is to call itself truly impartial, its coverage this year must include those dissenting voices. The Queen may be popular, but her 70 years on the throne cannot obscure the reality that a different viewpoint also exists.