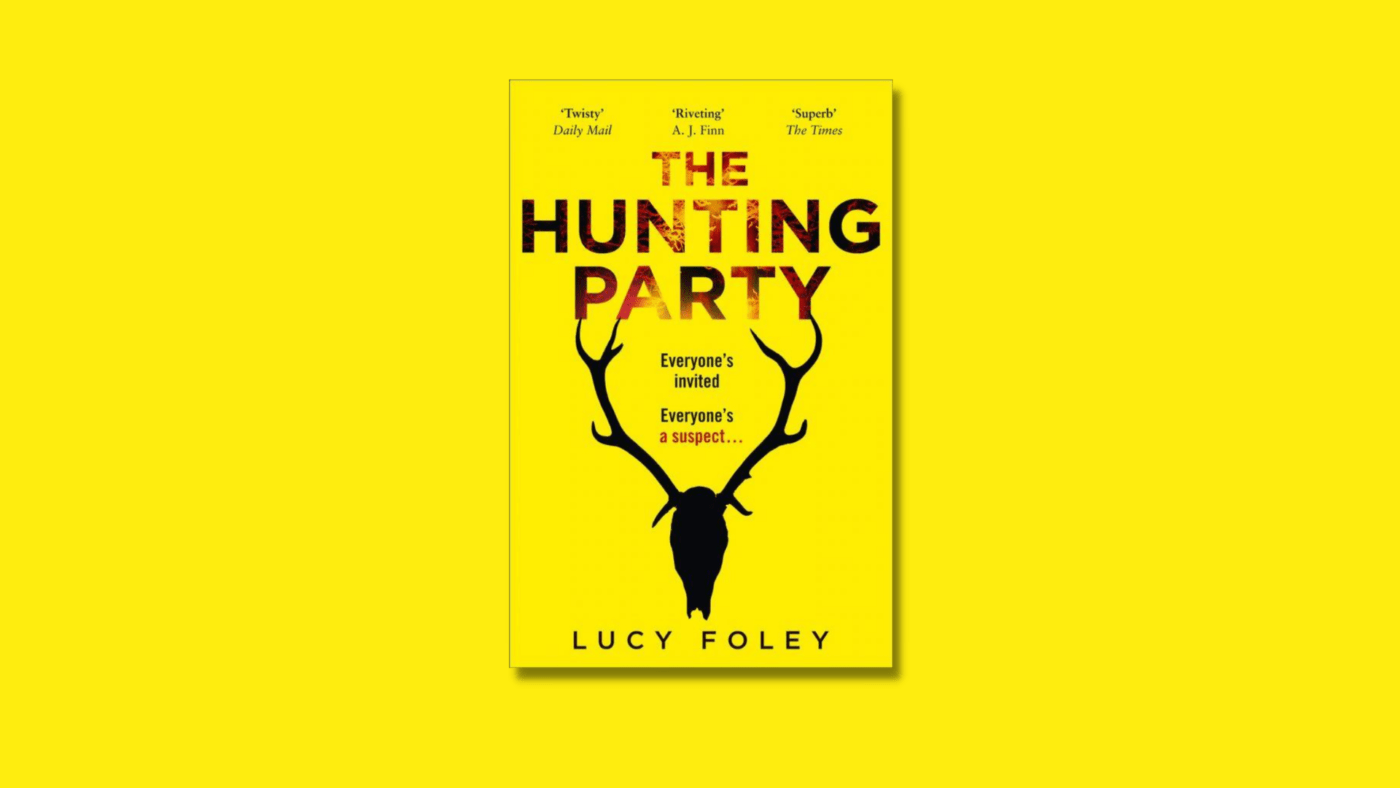 Writing murder mysteries is a hard task. How do you seed the story, playing fair with your reader without giving too much away, and hold their attention throughout? I was thinking about this a lot after reading Lucy Foley’s debut crime novel, 2019’s The Hunting Party, because it tries something different and doesn’t quite land it. It boasts a strong sense of place and engaging characters, but the presentation choices really lessen the story’s impact.

Just before New Year’s Eve, a group of old university friends head to an isolated estate in the Scottish Highlands for their annual getaway. They arrive at the end of December, just before an historic blizzard seals the lodge off from the outside world. As the weather worsens, relations between the group begin to fracture – nostalgic ties and fake smiles soon give way to secret resentments, and soon someone on the estate is dead. Entirely cut off from the outside, the group and the estate staff know that one of them must be the guilty party, but who is it?

That plot description makes this book sound like a whodunit, and it’s been marketed as a thriller, but it’s not really either. In order to properly explain, I need to break down the confusing structure of the book. The Hunting Party is presented through the perspectives of five of the characters – Katie, Emma and Miranda of the party, and Doug and Heather of the hotel staff. It’s also split between two time periods, with the first three perspectives narrating the story prior to the murder, and the latter two its immediate aftermath.

It means that The Hunting Party can’t really function as a mystery – there are clues and red herrings aplenty, but these fail to land when you don’t know what mystery you’re trying to solve, and the eventual reveal is simply that someone saw the crime being committed

The central issue with the book is that it goes to great lengths to hold back on the identity of the victim. Although we’re told in the first couple of pages that one of the guests has died, Foley is very reluctant to actually tell us anything. We’re halfway through the book before we learn the gender of the victim, and in the final couple of chapters before we find out who it is (and, despite the anticipation, it’s all a bit too obvious in the end anyway). It means that The Hunting Party can’t really function as a mystery – there are clues and red herrings aplenty, but these fail to land when you don’t know what mystery you’re trying to solve, and the eventual reveal is simply that someone saw the crime being committed.

Sadly, the suspense only carries the story so far. There are long periods of time when nothing at all happens, especially weighing down the middle, and even the beauty of the setting soon fails to hold your attention. This should be balanced against the contemporary Heather chapters, but these just amount to her holding back information from the reader and stating “I don’t know Doug at all” or some variant thereof. The character elements are interesting, but I think a more compelling mystery would have revealed the identity of the victim earlier on, giving the reader chance to pick through the anecdotes with an objective in mind. In this genre, character sketches alone aren’t enough to actually hang the reader’s engagement on.

After railing on the book, I acknowledge that there are a number of positives. Everything comes together in the final 50 pages, and these are really exciting to read (if the action was distributed more throughout the book, it would have been much stronger). Although it was hard to get into the multiple perspectives initially, I found it an interesting way of depicting the action from various viewpoints – seeing a character furious at one of Miranda’s actions, say, only to immediately see some of the self-consciousness that motivated it, adds an engaging dynamic.

It comes recommended, but with a few caveats – make sure you know what kind of book you’re reading before you get into this one

Many reviewers hated all of the characters, describing them as unlikeable – by contrast, I actually found the mix of insecurity and the revelation that nostalgic attachment can only go so far to be very well-written. This is a group of people I could imagine existing, and letting us dig into their feelings sells this impressively.

Admittedly, privileging certain character viewpoints means other members of the group are barely present at all – two of the three couples, Samira/Giles and Nick/Bo, are too thinly-sketched (they’re the parents and the gay couple, and that’s about it), without even mentioning the Icelandic couple and some other members of staff also present. The character beats are effective, but hardly fairly distributed.

So, The Hunting Party is a mixed experience – the tale is an engaging one, but the bizarre presentational choices hamper the enjoyment. Foley has written another book since, 2020’s The Guest List, which employs a similar set-up, and I enjoyed The Hunting Party enough to check it out (especially as the reception seems to be far more positive). It comes recommended, but with a few caveats – make sure you know what kind of book you’re reading before you get into this one.