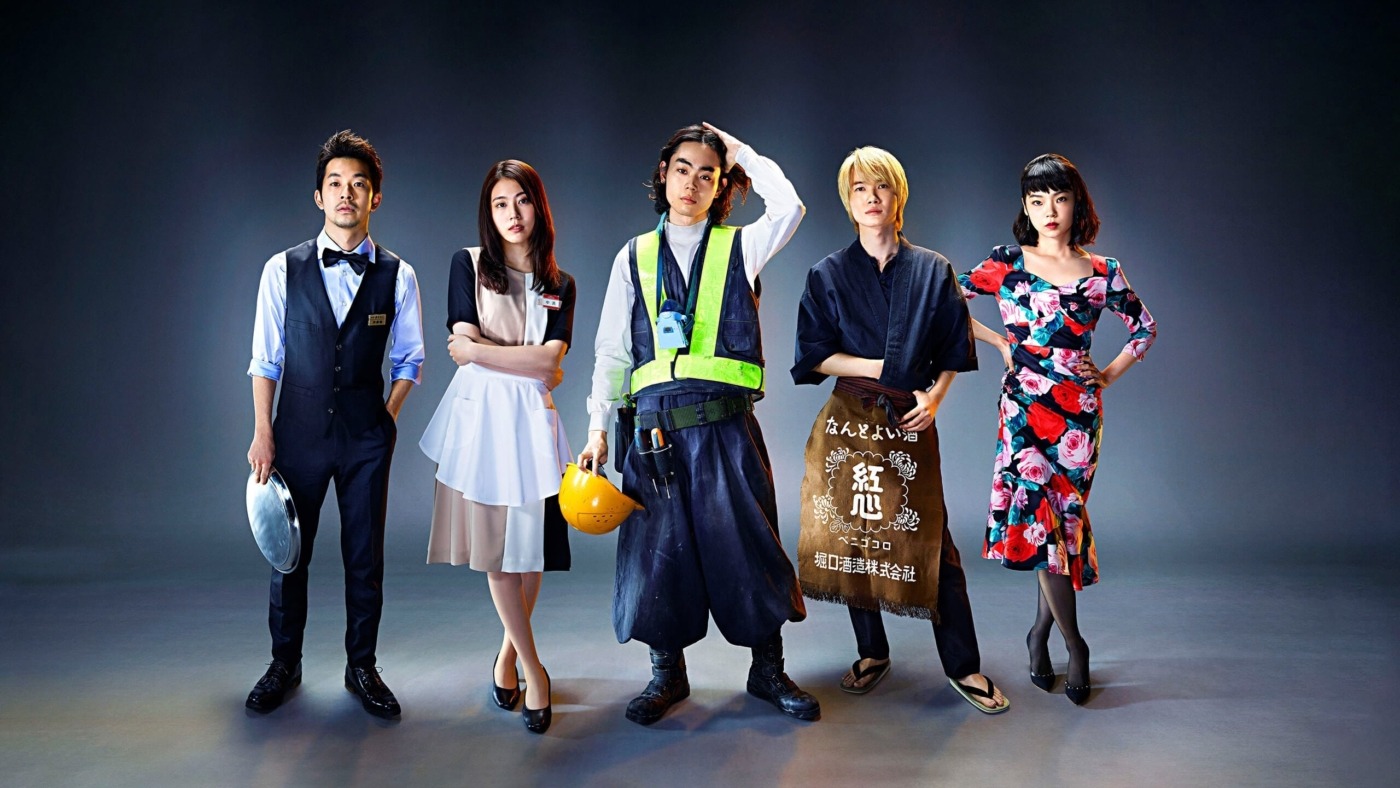 Life’s Punchline is a 2021 Japanese drama about a comedy trio called ‘Makubes’ and their fans, Rihoko and Tsumugi. Yet, it’s not a story of how they dream big and persist for success despite insurmountable obstacles – all of its characters are considered losers in society. Having debuted ten years ago, Makubes never became popular, so they have to disband. Also, Rihoko is a part-time waitress and Tsumugi is a barrister at a small bar. They want change but consistently fail, and are left unsure how to change their lives. In their late 20s, they are supposed to be mature, but they are struggling to persist, and give up.

Firstly, the show’s storytelling is outstanding. It starts and ends with a short comedy show of Macbeth, with each episode about one particular theme. Then, the unknown past experiences and inner thoughts of different characters, as well as conflicts between them, are explored. The viewer’s understanding of each character gets deeper and clearer gradually. Instead of just receiving what is written by the script writer, viewers can really engage with the growth and decision-making of the characters. Plus, without excessive emotional plots like the death of parents or lovers, the narrative is very palatable. Because of its ordinariness and realism, the characters’ daily interactions and struggles can make anyone burst into tears of laughter.

Instead of exaggerating the power of dream or the horror of reality, the show sensibly discusses the theme of resignation

While the close friendship between the characters is heart-warming, Life Punchline is bitterly realistic. It reveals how hard work sometimes doesn’t pay off. For instance, episode three reveals why Rhhoko is reluctant to find a better job despite her outstanding CV. Having shared the experience of being betrayed by her ex-boyfriend and previous firm, she says “I’ve never imagined that I’ll make such a decision one day – it is better not to work hard”. Similarly, Makubes doesn’t miraculously end up becoming famous, with the band disbanding in the end. Unlike the few successful celebrities, most people gain nothing and even lose much after working hard. Endeavour does not necessarily lead to achievement, and it’s the reality we have to face when growing up.

Instead of exaggerating the power of dream or the horror of reality, the show sensibly discusses the theme of resignation. After graduating from high school, the members of Makubes don’t study at university and find stable jobs like others do. In the pursuit of their dream, they earn little and live together in a cramped flat. But they’re happy and can behave childishly – for example, making important decisions by playing Rock, Paper, Scissors. They postpone their adulthood, extending the joy of adolescence. Later, they need to decide whether to disband. Although it’s a painful process, they discover their own value. For Rihoko and Tsumugi, they realise that they can motivate and empower their fans. They understand they actually want to move on to explore more possibilities, or earn stable income to give a decent life to their family. Hence, they prepare for their last show with extra dedication. It’s not only a perfect ending of their journey as comedians, but also the grand opening of the next stage of their lives.

Life Punchline warmly reminds us that not being successful does not mean failure, and giving up is not a cowardly act

The series encapsulates how giving something up that we’ve persisted with for a long time is painful and difficult. Yet it cannot be denied that we need to bear more and more responsibilities as we grow up. Resignation can be an inevitable process in life, rather than a tragedy. Arguably, it’s an unavoidable result of our natural change of roles, mindsets, and needs.

Though giving up implies that we’ve conceded to our own failure and lost dreams, this reconsideration allows us to reflect on our past, thus appreciating and knowing ourselves better. In the journey of life, we’re always forced to grow. When we haven’t recognised what we really like, we need to decide what to study at university. When we have not yet decided our future career plans, we need to graduate and find a job. We often forget to say ‘goodbye’ and ‘thank you’ sincerely to our past innocence and happiness. Using the story of five typical losers, Life’s Punchline warmly reminds us that not being successful does not mean failure, and giving up is not a cowardly act. If we can appreciate our seemingly normal past and face the uncertain future courageously, we have been extraordinary already.

Life’s Punchline is an ordinary story about a group of ordinary people. It probably isn’t a binge-watch, but it’s definitely a moving and soothing drama that we need when we encounter life’s various intersections.