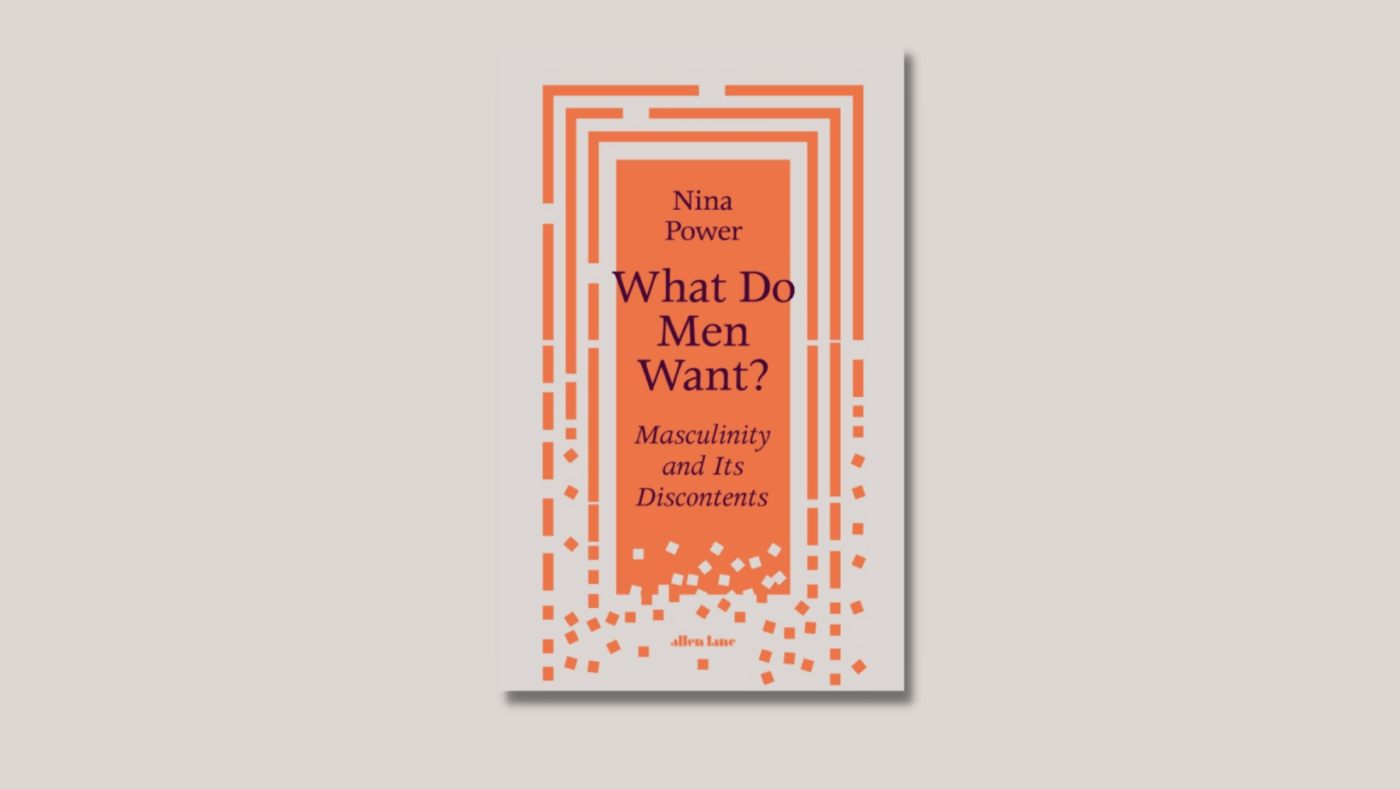 In the wake of Valentine’s Day, the most straightforward answer to the question posed by the title of feminist philosopher Nina Power’s new book What Do Men Want (2022) appears simple – a woman a man, or perhaps, someone with a different gender identity.

But in the 2020s, asking the question is itself provocative, and many feminists might immediately revolt at the premise. It might be one reason the book, according to an anecdote from a sales clerk, is not being stocked in many branches of Waterstones (something it seems to share with some other recent books on feminism and gender).

Although sexism has by no means been eliminated across liberal democratic societies, some problems men shoulder are rarely acknowledged, including disproportionate drug use, male-on-male physical violence, and others, Power observes.

A scattering of responses to the question What do Men Want? appear across the pages of the book. Central among them include virtues traditionally associated with men but are also exhibited by women, including self-control, courage, and the ability to juggle seriousness, humour, and forgiveness.

The actual villains in much of What do Men Want are neither men nor women, but the impersonal, though seductive, entities of capitalism and computer technologies. In 2022, these include social media apps and the beckoning sirens of performative sites including OnlyFans and the appeal of a pain-free existence via Zoom.

The major commonality What Do Men Want has with Power’s previous major work, One-Dimensional Woman, is an analysis of how the imperatives of consumerism to embody a stereotype of a feminine or masculine ideal is leaving people friendless and isolated.

Philosopher, sociologist and cultural theorist Jean Baudrillard’s prescient analysis of a dystopian world dominated by a blizzard of visuals and deceptive imagery is evoked repeatedly to underscore the jungle women, and especially men, inhabit today.

In an environment of distrust, examples of men as dangerous and male violence viewed as a semi-essential characteristic, has only dumped more poison into the social well. No wonder, Power reflects, men are seeking an exit, whether that be a zombified life in front of a video game system, or, tragically, via suicide, a disturbing trend affecting men more than women.

Power is unafraid to discuss the ins and outs of an alphabet soup of internet subcultures – including incels, “NoFAP”, and MGTOW – that have been considered controversial at best and are linked to terrorism at worst.

Involvement in these groups, she argues, is not innately pathological, but demonstrates a longing among men and boys for genuine father figures, which in feminist literature embody the ultimate Big Bad – the patriarchy.

Absent a validatory image of the father, Power argues, “sibling rivalry” between and among men and women has run rampant. Nowhere is this more virulent than in the fever swamps of Twitter, where the desire to eliminate the competition translates into cancel culture and sneering digital cliques.

Even worse, she adds, perpetual immaturity and infantilization reign. The safetyism increasingly demanded in transactional relationships not only between men and women, but between the state and the human being, has had a chilling effect in public and private spheres alike.

In this culture, controversial gurus including Jordan Peterson and pseudo-anonymous influencers have struck a chord with their disciplinary tone. So too have fully uncorked leaders that promise an escape from freedom, representing masculinity at its worst, such as Donald Trump. In South Korea, so-called “angry young men ” are currently driving political debate, by fomenting a sweaty discontent over the supposedly dangerous egalitarianism promoted by a culture increasingly accepting of women’s rights.

At 179 pages, this is an impassioned essay of a book. It does not aim to be, nor succeeds in being, comprehensive. Some burning issues debated by feminist philosophers, and in the Anglosphere media alike, including transgenderism and transhumanism, are discussed and hang over the text, but are not directly addressed. The college participation gap between men and women and the continued existence of the stereotype that being interested in academic achievement is somehow “unmanly” would also be interesting topics to examine at greater length.

A taboo cry to accept the imperatives of risk can be heard in the pages of What Do Men Want?, and this is a risky book. It is also a vital one, a defiant flame that refuses to be dampened by the social rain of voguish expectations and political pieties.