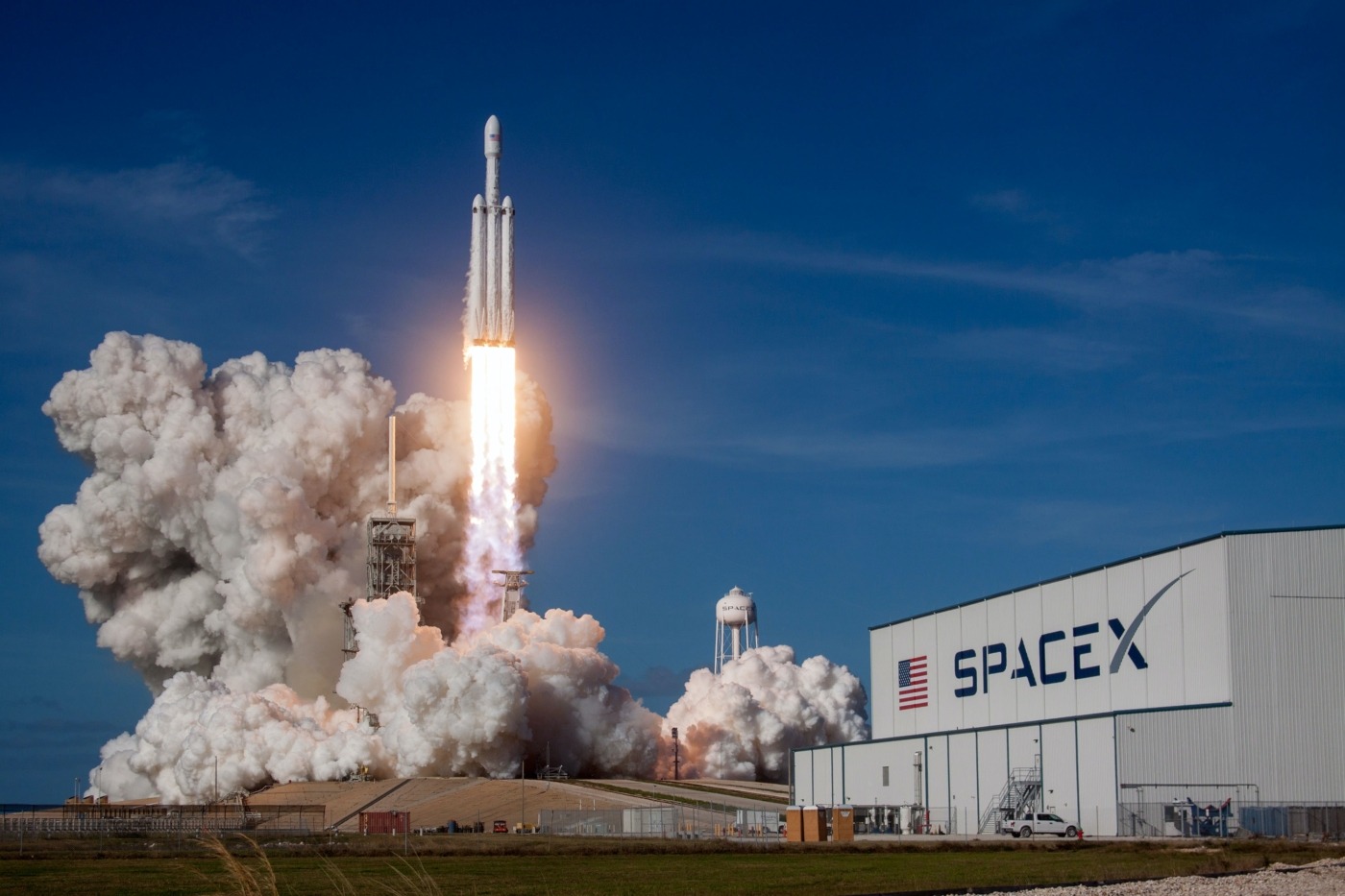 SpaceX rocket to crash into the Moon

In recent years, Elon Musk has become one of the major players in the new space race. Since 2008, his SpaceX programme has been launching rockets, with the ultimate aim of helping humans to live on other planets, and its activity is only ramping up – this year, it’s planning on launching a rocket at an average rate of one per week. But it’s now making headlines for more inadvertently destructive reasons, as one of its rockets is on course to crash into the Moon. It will be the first known uncontrolled rocket collision with the Moon – scientists will be keeping an eye on it in case they can learn anything interesting, and the wider ramifications could be significant.

In 2015, SpaceX launched its Falcon 9 booster to put into orbit a NASA satellite called the Deep Space Climate Observatory (DSCOVR). After it completed this mission, it did not have enough fuel to return to Earth, and so it remained in space, joining millions of other pieces of space junk. Since then, it has been pulled by different gravitational forces of the Earth, Moon, and Sun, and has been following a chaotic orbit. On 4 March, the orbit will intersect with the Moon, exploding on impact and leaving a small artificial crater on the Moon’s surface.

Despite the rather dramatic headline, this is far from the first time the Moon has been struck by a human craft. In 1959, the Soviet Luna 2 crashed onto the Moon – it boasted a sodium bomb, to enable the crash to be seen from Earth, and two more bombs full of Soviet symbols that would have coated the surface if they’d gone off. The NASA Ebb and Flow spacecraft were deliberately crashed into the lunar south pole in 2012, in order to prevent any damage to the Apollo landing sites. Further crashes have come from the need to collect experimental data (of a seismic variety), after their natural decay (like the Japanese relay satellite Okina in 2009), or after a mission went wrong. This last reason was the fate of the Israeli Beresheet lander in 2019.

And these are just the ones we know about. As Professor Jonathan McDowell of the Harvard-Smithsonian Centre for Astrophysics notes: “There are at least 50 objects that were left in deep Earth orbit in the 60s, 70s, and 80s that were just abandoned there. We didn’t track them. Now we’re picking up a couple of them, but a lot of them we’re not finding and so they’re not there anymore. Probably at least a few of them hit the moon accidentally and we just didn’t notice.”

The existing observations mean that scientists are unlikely to learn anything new from this crash, according to Professor McDowell. The impact of the four-ton rocket will not be visible from the Earth in real time (it will happen on the far side), but it will leave a crater that satellites can observe. However, he notes that there could be consequences to space debris hitting the Moon in the future, and so any piece of information could be useful: “If we get into the future where there are cities and bases on the Moon, we want to know what’s out there. It’s much easier to get that organised when there is slow traffic in space, rather than waiting until it’s a problem.”

It’s unlikely to be interesting to scientists, but this crash has invited other conversations about the Moon. Public opinions about human responsibilities in space have been shifting since the billionaire space race began, and this unintended crash landing goes against the Declaration of the Rights of the Moon. Created by a group of independent researchers, it states that the Moon has “the right to exist, persist and continue its vital cycles unaltered, unharmed and unpolluted by human beings”. There are even suggestions that Musk could legally be held responsible for the damage – it’s theoretically legally possible based on existing space treaties, but very improbable.

The physical impact of this collision will very likely be minor, but the circumstances on Earth are worth thinking about. As more companies look to the stars, there will be calls for more accountability in the future and potentially even regulations. As McDowell notes, these collisions “start to be problematic when there’s a lot more traffic”, and that’s more probable the more we return to the Moon, and the more we leave in space. Sending rockets up is one thing, but disposing of them appropriately is another entirely.