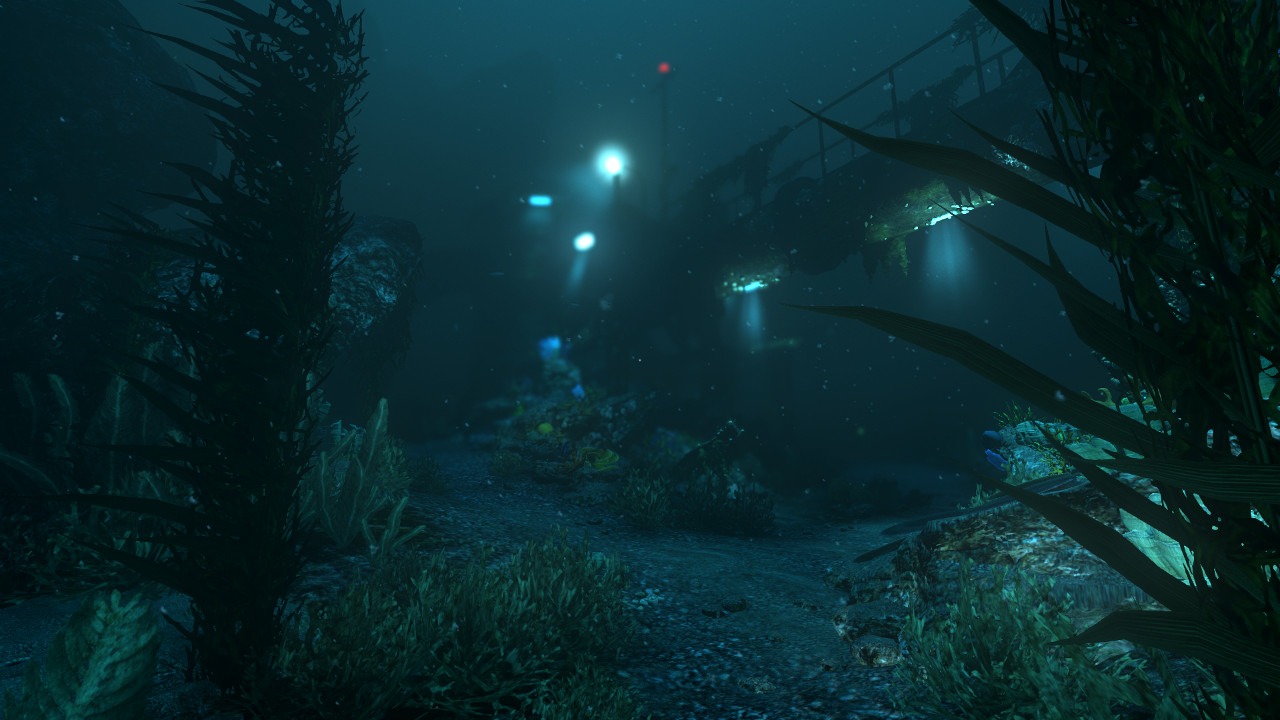 SOMA: The importance of storytelling in games

It’s no secret in the articles that I’ve written for this section that I prioritise a good story above all else in my own gaming experiences. I’ve written about Mass Effect, The Last of Us, and Detroit Become Human, all games which are incredibly story driven, often with deep emotional beats that sit on my mind for weeks on end. If a game doesn’t have a coherent story, I often cannot keep myself invested enough to complete it.

There is one game that I discovered through a YouTube let’s play that has remained one of my favourites because of the narrative that it tries to tell. In my opinion, it does a wonderful job of using gaming mechanics in order to help tell a good story. The game I’m talking about is Frictional Games’ SOMA, released in 2015. It’s not a game I’ve ever managed to finish myself as it falls under the horror/psychological thriller genre, but I’ve rewatched Markiplier’s let’s play so many times that I can recite the story by heart, as well as exploring the various lore, wiki-pages and spin-off short series based on the game. But I won’t subject any of you to that utter dump of lore, so in short, I’m going to try and summarise the broad strokes of the plot. This will contain spoilers, so if you want to experience this all for yourself, please stop reading!

The core theme of the game is a short question that has a lot of different and complicated answers: what does it mean to be human?

Simon, the protagonist, (and person that the player plays as) is a normal man from Canada in 2015 with a traumatic brain injury. One day, he goes for a scan of his brain, and when he wakes up, he’s in an advanced underwater research facility – PATHOS-II – in the year 2104. There, he finds out that the Earth has become a toxic wasteland above the water due to an asteroid hit, and the last remaining remnants of humanity that had once populated Pathos-II are nowhere to be found. He meets Catherine, and finds that her human consciousness has been uploaded into a robot. Though this distresses Simon, Catherine explains to him the importance of a project her human counterpart had been working on – The ARK project. Turns out, the Human Catherine had designed the ARK project as a virtual world after the asteroid hit Earth, and she was uploading brain scans of everyone on PATHOS-II in order to preserve something of humanity, with the intention to blast the virtual world into space in order for it to be solar powered for thousands of years to come. Unfortunately, for some reason, the ARK has been left behind on PATHOS-II, and it’s Simon and Catherine’s job to retrace the steps of the human team and launch the ARK into space.

The horror of the game comes from creatures that you find on the station – PATHOS-II’s artificial intelligence, the WAU, has gone rogue without humans to cater for, and you find through various audio logs the recollection of the crew’s final few months. Sub-plots unravel on chaos that was wreaking the station, of crew members going mad, and more. It is revealed that Simon is also a robot – his brain scan from 2015 having been uploaded into an empty vessel at the start of the game. The final point is launching the ARK into space, successfully.

It encourages you to take the themes that it wishes to explore into your own hands, and draw your own personal conclusions.

It’s a lot to unravel, and it’s hard to go into the nuances in such a brief explanation. But the core theme of the game is a short question that has a lot of different and complicated answers: what does it mean to be human?

Simon struggles with this, especially after he finds out that he is merely a scan of his human self, and the game doesn’t offer a solution, rather, it asks you to think about it. Given the amount of brain scans that are passed around in the game, with full intelligence and awareness of every point leading up to the scan, it becomes a confusing endeavor to consider. There is a sub-plot revealed that in the past, when Human Catherine was uploading brain scans to the ARK, the humans that were being scanned would end their own life while having their brain scanned, in order to create a “continuum” of their current life, instead of having a split into two distinct figures (the human and the scan). This is posed as a theory, and again, the theory is left to the player to interpret. Were the people who killed themselves during the brain scans really just “continuing” into their virtual life, or not?

Games place you in the epicentre of a situation, and those decisions can be made with deliberate thought, or under pressure.

SOMA understands that interactive storytelling does not necessarily mean that every choice you make as a player needs to impact the outcome of the story itself: instead, it encourages you to take the themes that it wishes to explore into your own hands, and draw your own personal conclusions. At one point in the plot, Simon’s consciousness must be moved into a different robot body in order to proceed. He finds out that the scan has not moved his mind, but copied it over into the new body. As he wakes up, he can hear his past self – the self that WAS him — asking Catherine if something had gone wrong, before she knocks him out. It is then your choice whether to “shut down” the previous Simon, or leave him there. Your choice doesn’t affect anything – but the choice is yours entirely, and whichever you go with leaves a heavy feeling in your heart as you continue in the game.

I think games that ask you to do this are interesting to me because in what other medium can a story like this be told? Novels are linear, and sure, there are the odd choose-your-own adventure styles, but it’s not the same. Games place you in the epicentre of a situation, and those decisions can be made with deliberate thought, or under pressure. You are not just empathising with a protagonist, but you very much become the protagonist in a way that novels, films, theatre and more cannot put you in. Game developers are in a unique position to tell stories in mostly uncharted territory, which is exciting – and I think more game studios should take advantage of this.

I hope that more games tackle complex themes like this

That’s why things like graphics and game mechanics don’t mean much to me – sure, if a game is unplayable then I’ll care, but slight over-sensitivity or graphics out of the 90s mean nothing. A good game story can be told with the bare bones: look at Undertale, a game from indie developer Toby Fox. It’s got an enjoyable story and most of the game is incredibly simplistic in design. A friend of mine caught me playing Red Dead Redemption 1 a few weeks ago, and said matter of factly “Oh, the graphics are rubbish, why don’t you just play the second game? It didn’t matter to him when I tried to explain that John Marston is one of the most compelling protagonists in gaming this side of the 2000s. That’s an article for another time, though. Though I respect that some people really adore good graphics and mechanics, it just doesn’t rate that highly on my judgement list for a game.

SOMA is certainly starting to grow old – at just over six years old as a game, and with the industry throwing out more and more games every year, from mobile to FPS, story-focused to MMORPG, it will probably fade into obscurity as one of Frictional’s less memorable games. However, I hope that more games tackle complex themes like this – tell stories that are mind bending, and confusing, and continue to give us, the player, the ownership to make that story entirely our own.