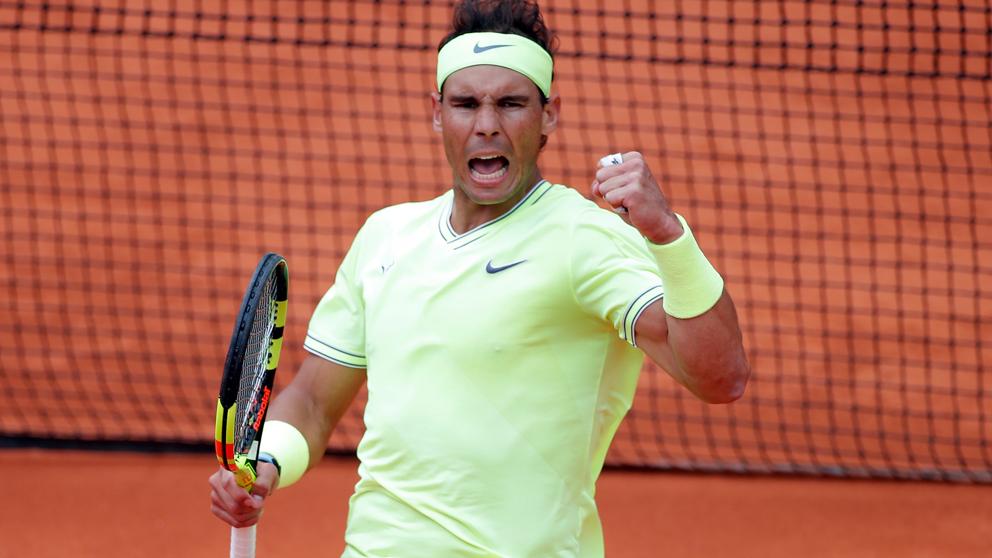 Rafael Nadal wrote himself into the history books with an epic comeback at the Australian Open, fighting from two sets down to defeat Daniil Medvedev. After a stunning victory, more than five hours in the making, Nadal took his second crown at Melbourne Park and moved one ahead of his rivals Roger Federer and Novak Djokovic in the men’s all-time rankings.

Many people, least of all Nadal himself, didn’t anticipate this win. Just a few months ago, he thought he would never be able to return to the tour because of a foot injury, meaning he only played one tournament in the latter half of 2021. He also contracted Covid-19 in December, leaving him sick with fever and raising questions over whether he would travel to Australia at all. After this result, winning 2-6 6-7 (5-7) 6-4 6-4 7-5, he will be very glad he did.

Medvedev was going for his second successive major title, after ending Djokovic’s quest for the Calendar Slam at last year’s US Open. In the opening stages of the match, he was in command, and it looked as if the younger player would soon add the trophy to his collection. But Nadal demonstrated a level of grit and composure that showcased why he is now statistically the best man ever to pick up a racquet.

The crowd were clearly on Nadal’s side from the off, but Medvedev didn’t let that daunt him. The Russian imposed himself early, beating Nadal in a 26-shot rally and dominating the first set. The Spaniard struck 16 unforced errors that set, and Medvedev stormed to a win. The second set proved less one-sided, and a backhand winner after a 40-shot rally helped Nadal establish a 3-1 lead. The momentum appeared to be with Nadal, and he was serving for the second set at 5-3 when a protestor interrupted play, jumping onto the court.

When the match resumed, Medvedev was back, and his defence came to the fore, pushing the set into a tie-break situation. Nadal led 5-3, but his opponent then won the next four points in a row, finally ending the second set after one hour 24 minutes. The crowd booed the Russian, but he didn’t care – he was a set from victory, and it felt like victory would be his. Nadal was soon 2-3 down in the third set, but Medvedev’s level started to dip – the Spaniard capitalised, and the score line was swiftly 5-4 in his favour. Nadal served for the set, and the pressure was affecting Medvedev, who started ranting at the umpire about the ball kids and the lack of support from the audience.

There were three successive breaks of serve in the fourth set – Medvedev double-faulted twice, but then equalised at 2-2. Nadal won the next two games, and created a set point on his opponent’s serve at 5-3. It was saved by Medvedev, but Nadal took the set 6-4 on his own serve, taking a match that had threatened to slip away from him to a decider. After hours of playing, his energy levels seemed to have barely dipped, while the Russian was clearly starting to lag. But he was no pushover – Nadal led 5-4, and had a chance to serve for the championship and the record. But Medvedev broke back for 5-5 when nerves got the better of Nadal, who double-faulted and netted a backhand on break point. At 6-5, Nadal had three championship points, but he only needed one to cement one of tennis’ most remarkable comebacks and take the title.

In any sport, few matches are genuinely historic, but I think we saw one of them today

After the match, Nadal said: “I don’t know what to say guys. For me it is just amazing. Being honest, one month and a half ago I did not know if I would be back on the tour playing tennis again. Today I am here in front of you with this trophy. You don’t know how much it means to be back here. You are amazing and thank you so much for all of your love and support.

“Without a doubt it is one of the most emotional [periods] of my career. To have the support I have received the last three weeks will stay in my heart. So many, many thanks. I honestly can’t thank enough all the guys that are there – all the team, all the family, those that aren’t here. How hard the last year and a half has been. In the low moments you have been there every single moment in support. Without you none of this is possible so thank you very much for everything.”

Medvedev said: “It’s tough to talk after five hours and 30 minutes. I want to congratulate Rafa, what you did was amazing. I tried to play but I was really tired. The level was really high. You raised the level after two sets, I thought you might get tired. You are an amazing champion. You guys have a great rivalry and it is not over yet.

“I want to thank my two guys in my box who were here all week. I hope we have more victories to come. I thank my wife but I think maybe the TV is broken now. I want to thank my team, I will forget someone but thanks for being with me. My parents, if you are still watching. I thank you for your support and I will try to be better next time.”

The plaudits for Nadal came from all over the tennis world, but this one by Federer will mean a lot to the Spaniard. On Instagram, Federer wrote: “What a match! To my friend and great rival, Rafael Nadal, heartfelt congratulations on becoming the first man to win 21 Grand Slam singles titles. A few months ago we were joking about both being on crutches. Amazing. Never underestimate a great champion. Your incredible work ethic, education and fighting spirit are an inspiration to me and countless others around the world.

“I am proud to share this era with you and honoured to play a role in pushing you to achieve more. As you have done for me the past 18 years. I am sure you have more achievements ahead but for now enjoy this one!”

This was an Australian Open that began with a lot of controversy, with one of the sport’s three greatest players facing legal issues and political pressure about his right to be there. And, in the end, another of the famous three – one who didn’t think he’d even make it there – has won the title and made tennis history in the process. In any sport, few matches are genuinely historic, but I think we saw one of them today. 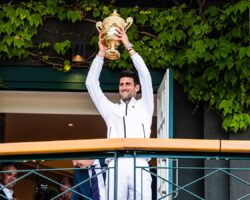