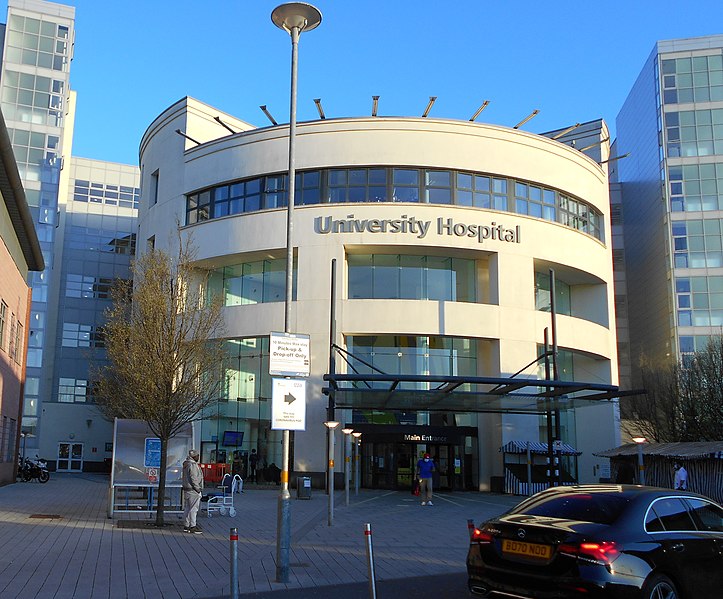 Nursing student numbers at record levels due to pandemic

Record numbers of people are applying to nursing courses or signing up to related apprenticeships.

Figures from the Universities and Colleges Admissions Service (UCAS) show that more than 56,000 people have signed up for nursing courses since early 2020.

The report, compiled with Health Education England, found that 69% of recent applicants said the Covid pandemic had inspired them to become a nurse, and around one in 10 said the pandemic was the most important factor in their decision.

A record total of 28,815 students in England of all ages selected a nursing course in 2021 as their first choice when applying to university.

The number of 18-year-olds who choose to study nursing has increased by 38% to 7,105 since 2019, leading to a 43% increase in numbers with a confirmed place. Applications from those over the age of 21 have also risen by more than a third.

Nursing is now the fifth most popular subject studied at a higher education level in England, having recovered from a fall in applications that followed the government’s removal of bursary funding in 2017. In 2021, 25,000 students were accepted on to nursing programmes.

The report also identified nursing careers as boosting social mobility in the UK, with nursing, alongside education and health and social care courses, as the only subjects which more young people from the most disadvantaged areas study than their more advantaged counterparts.

UCAS Chief Executive Clare Marchant said: “It is incredibly heartening to see that one of the positive legacies of the work of our incredible healthcare workers during the pandemic is that more of our young people have been inspired to enter the nursing profession, particularly when they are arguably the ones who have been most impacted, both in terms of their education and way of life.”

Ruth May, Chief Nursing Officer for NHS England, said: “The last couple of years, difficult as they have been, have shone a spotlight on the value of our nursing profession and the rewarding careers on offer in every corner of the NHS.

We are thrilled to see tens of thousands of applications

“We are thrilled to see tens of thousands of applications – and a record number of acceptances – to study nursing and are delighted by the contribution of the close partnership between UCAS and our ‘We are the NHS’ recruitment campaign to these results.”

Health and Social Care Secretary Sajid Javid said: “I’m thrilled that a record number of 18-year-olds applied to study careers in nursing in 2021, with the extraordinary achievements of staff during the pandemic inspiring a new generation to become the future of our health and care services.

“We are on track to recruit 50,000 more nurses by the end of this Parliament, and we are supporting all eligible nursing students with a training grant worth at least £5,000 a year. I urge anyone who wants a fulfilling career in the NHS to apply next year.”

The Royal College of Nursing (RCN) said that the increase was encouraging, but warned of significant staff shortages ahead.

Patricia Marquis, RCN Director for England, said last year: “Record numbers of acceptances does not equate to record numbers of nurses entering the workforce, as many of these students won’t qualify until 2024 and beyond.

Ministers now need to grip the situation, or risk this wave of enthusiasm being squandered

“There are already significant staff shortages in nursing, and it is clear acceptance numbers are not keeping pace with vacancies.

“Many of the existing nursing workforce are thinking of leaving the profession because of the unrelenting pressures, and because they feel undervalued, exhausted, and that they can’t give patients the level of care they want.

“Ministers now need to grip the situation, or risk this wave of enthusiasm being squandered.”