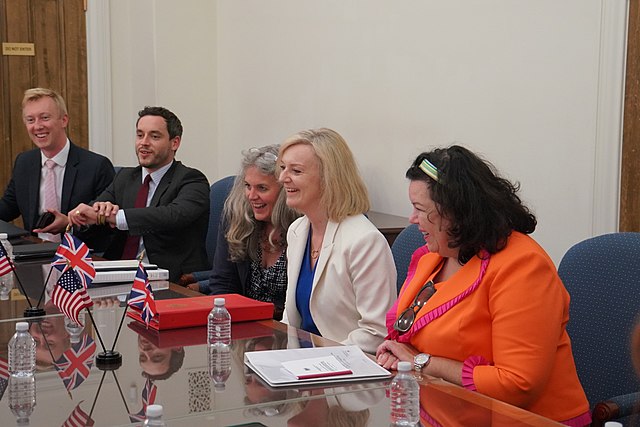 Who’s in charge if Boris blows out?

Although calls to remove him have dissipated to an extent since December’s backbench rebellion, Boris Johnson’s current party and personal approval numbers are still in a ditch even compared to Kier Starmer’s Labour, a party seemingly perpetually engaged in whiplash from Blair’s neoliberal approach to Miliband’s social democracy back to Blairism by way of left-wing socialist populism.

However, unlike Labour, the Tories are entirely nonchalant about replacing their leader and transmogrifying their party’s image and message, having started the last decade under promises to cut the state and “hug a hoodie” and ending it vowing to “level up” Britain and crack down on crime and immigration.

In the event Johnson does poorly in the May local elections, chancellor Rishi Sunak and Foreign Secretary Liz Truss are his most obvious potential leadership challengers. But even in the event of him stumbling, is Johnson truly vulnerable to a regicide attempt?

Sunak and Truss have so cartoonishly telegraphed their ambitions that media outlets have reported that both have hired image consultants — probably alerted to this by the candidates themselves.

“Dishy Rishi” began appearing in tight-fitting jumpers as long ago as Lockdown 1.0. Apparently intent on making up the lost time, Truss has attempted to cosplay as shield-maiden of the democratic West, mimicking Thatcher’s tank photo shoot and “confronting Putin” in RAF garb and long, dark coats.

All glitter is not gold among Tory members, though, and the amount of dough dished out by Sunak has made him appear less prudent banker, more spendthrift teenager among Conservative activists. Although he remains the chosen one among UK voters, ConservativeHome’s polling reveals a steep plunge in support among the party base, a sign that they may see values as more important than an easy victory (and Dominic Cummings’s apparent support).

All have unique selling points — and unique vulnerabilities

The key strike against Truss is that as much as she might talk about Global Britain now, she voted to remain in the EU in 2016 and campaigned against Brexit. Despite all this, a hard-line pro-Brexit organisation, the Bruges Group, has put out some signals that they lean toward Truss, and she has vowed not to soften the line taken by David Frost in EU negotiations regarding Ireland.

Besides Sunak and Truss, other names that have been considered include Jeremy Hunt, Priti Patel, and Steve Baker. All have unique selling points — and unique vulnerabilities.

Although Hunt has some support among moderates, Conservative members could revolt against anyone connected to public health and the NHS given their connections to lockdown politics loathed across the grassroots base.

A Baker candidacy poses the opposite challenge. As the leader of just 14 Conservative MPs to vote to support each stage of the Brexit process and also oppose vaccine passports (distinctions unmatched even by Brexiteer Bill Cash), Baker, as a credentialed EU opponent, could light up right-leaning activists across the UK.

But the ultimate defeat of Jeremy Corbyn as Labour leader due to perceptions of extremism stoked by a hostile media could alert Tory MPs against nominating a candidate that could be accused as hard-line.

Patel is in a genuinely awkward situation — trapped by a rhetorical style on immigrants not matched by results, disappointing the Conservative base but generating outrage among Labour and left-leaning voters that could cause a currently demoralised activist class to rise up against her.

A question all candidates are going to answer is if they are able to — and even aim to — replicate the support in the ex-Labour “red wall” regions. A question none have satisfactorily answered. This, above anything else, is the reason Johnson is much more secure than he seems

As a result, even a dire year of by-election and local results might not end Johnson’s premiership

It might be hard to remember, especially given their crushing majority, but during the months between Theresa May’s announcement of her planned resignation and Johnson’s leadership victory — roughly May through August in 2019 — the Conservatives had been polling at rates as dire as 17 percent, regularly bested by Corbyn’s Labour, the Brexit Party, and the Lib Dems, at the time led by Jo Swinson (remember her?) on a basically single-issue platform to revoke Brexit.

If a general election had been held at the time, poll calculators reveal the party could have emerged boasting less than 50 MPs, Boris Johnson not among them.

Only by linking Brexit Party voters and the Conservative electorate did Johnson come to a stunning victory — by November, the Tories polled as high as 47 per cent. Even now, polling above the Tories in many polls, the gap Labour has to make up in Red Wall seats is even larger than it appears, as in many Red Wall constituencies Brexit Party candidates also polled between 15 and 25 per cent. Assuming those votes go to the Tories, Labour might actually lose seats next election in the event of Johnson reversing his polling slump.

As a result, even a dire year of by-election and local results might not end Johnson’s premiership. It could, though, ensure an early election in 2023, predicted by many, is permanently off the table.