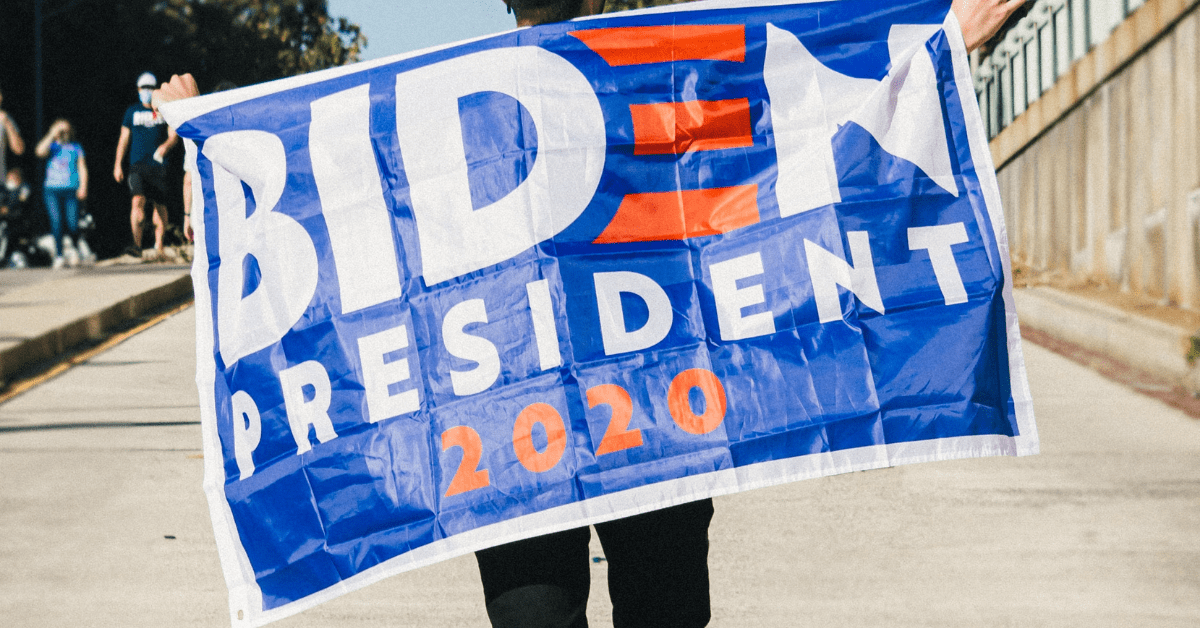 Throughout Joe Biden’s first year as US president, a quote kept coming to mind. Former president Barack Obama was very reluctant to endorse Biden as a candidate, and a quote leaked during the Democratic primary suggested why – Obama allegedly warned “don’t underestimate Joe’s ability to fuck things up”. Well, Biden has depressingly demonstrated that Obama was right on the money this year, with his every action as president making America worse and the world less safe. Here’s a rundown of some of the lowlights.

The dominant issue of 2021 was still Covid, and Biden came into office promising to “shut down the virus, not the country”. Obviously, that promise wasn’t worth a thing. He said he needed 100 days of people wearing masks, and held a party on 4 July saying he’d beaten the virus. Then Delta and Omicron came along, and Biden’s failures were all-too clear – he tried to force through unconstitutional vaccine mandates and rejected expanding rapid testing facilities. After all this rubbish, Biden has now admitted that “there is no federal solution” before fleeing for a Christmas holiday, meaning he’s wasted everyone’s time with measures that managed nothing. On the major issue, he has totally failed. Daily cases are now smashing records. Trump left office with a death toll of around 400,000, and Biden said that “anyone who’s responsible for that many deaths should not remain as president” – with vaccines at his disposal and much more knowledge of Covid, Biden’s death toll has just passed 810,000.

The Biden administration have attempted to gaslight the public, claiming inflation is transitory and people are actually better off, but no-one’s buying it

In order to deal with Covid, Biden pushed massive spending – in 2021, he signed over $3 trillion into law, and he failed to pass his $1.75 trillion Build Back Better bill thanks to Democratic opposition. Biden has taken a 50-50 Senate and essentially half the House to enact some radical policy objectives, and introducing so much money into an economy that doesn’t need it is leading to inflation. Food, gas, houses, energy prices, and other goods are in short supply and the prices are skyrocketing, with predictions that inflation could go up by more than 6% next year, really hurting the average American’s pockets. The Biden administration have attempted to gaslight the public, claiming inflation is transitory and people are actually better off, but no-one’s buying it – it takes a lot to be worse on the economy than Jimmy Carter.

Robert Gates, secretary of defence under George W. Bush and Obama, said in 2014 that Biden “has been wrong on nearly every major foreign policy and national security issue over the past four decades”. As president, he’s continued that consistently crap run. He waived sanctions on Nord Stream 2, immediately strengthening Russian control of European energy, and took forever to back Cuban protests when it looked as if the country might finally reject communism. His Afghanistan withdrawal was a total failure – it was a shambles that gave the country back to the Taliban, and led to the unnecessary deaths of 13 US troops (Biden went to pay his respects, and then kept checking the time as the coffins appeared). There’s a reason that Russia and China are suddenly much more aggressive, and that’s because they can see how weak Biden is.

Despite promising normalcy and honesty, Biden has delivered neither

There’s so much more I could mention, from the way the southern border crisis has worsened to the extent kids are actually being crammed into cages (in some cases, at 1500% capacity), to the massive increases in crime across the country. He has politicised law and order, from allowing his Attorney General to go after parents worried about critical race theory on the slander that they were essentially terrorists, to letting the White House inappropriately weigh in on the Kyle Rittenhouse trail while it was ongoing. Despite promising normalcy and honesty, Biden has delivered neither – he frequently lies, and although the news media go to great pains not to cover it, his son’s continued corruption scandals are far more serious than anything ever pushed about Trump.

And, of course, all of these issues are compounded by the total lack of leadership from the top. I think it’s clear to everyone with eyes that Biden is a forgetful ornament who’s clearly not running the show – he needs cue cards for basic questions (in the rare event a journalist is even allowed to ask any that aren’t about ice cream), he frequently forgets names and what he’s talking about, and he barely manages a single event a day. The official White House social media often directly contradicts or corrects anything Biden says. His vice-president, Kamala Harris, is useless – her staff are deserting her, and she’s failed on every assignment she’s been given. Democrats are looking for ways to lose them both in 2024 as their approval plummets – that tells you everything.

Carter is rubbing his hands in delight, knowing he won’t be known as the least capable US president in modern history for much longer

So, what next? It’s the midterms this year, and everything points to the Republicans storming it, taking back the House and the Senate. That will effectively end Biden’s ability to do anything major for the rest of his term, for which a lot of Americans will be very thankful. But we’ve still got three years of this administration left – given how much damage has been done in just year one, I can’t even imagine what will come next. Still, at least one person will be happy – Carter is rubbing his hands in delight, knowing he won’t be known as the least capable US president in modern history for much longer.