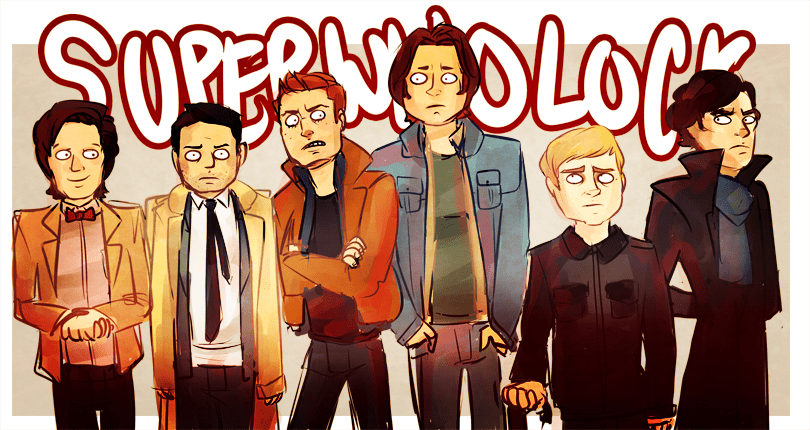 To a large percentage of the population, the word ‘Superwholock’ means nothing. But to others, it elicits feelings of nostalgia, cringe, or even both. During the early 2010s, fans of the shows Supernatural, Doctor Who, and Sherlock came together on Tumblr to what was known as ‘Superwholock’ – a mega-fandom characterised by memes, fan edits, and their almost impossible omnipresence on the site. For years, it was impossible to browse any comment section without coming across a Superwholock-related comment or username. The fact is, early 2010 internet culture was not inseparable from fandom – it was fandom. And even though fandoms are not as active as they once were, they are still an integral part of internet culture.

The idea of fandom is an interesting one. At its core, it is just a group of fans who come together to discuss a shared interest – whether that be a band, a book, a film, or in the case of Superwholock, TV shows. From the outside, fandoms can seem almost cult-like, with many creating their own words, inside jokes, and memes. But ultimately, what lies behind the popularity and appeal of fandom is the sense of belonging evoked by being part of something bigger than yourself. What’s more, to join the fandom all you need to do was watch the TV show – or whatever media – the fandom revolves around. In a world where it is all too easy to get lost in loneliness and isolation, fandoms provide a sense of familiarity and comfort.

Wherever there is a tight-knit group of people, those outside the fandom can feel isolated from those within, naturally creating an unhealthy cliquey rivalry

The feeling of community attained by belonging to a fandom is something unattainable elsewhere. Seeing someone with a TARDIS phone wallpaper or someone listening to ‘Carry on my Wayward Son’ by Kansas – a song synonymous with Supernatural – immediately opens up the floodgates for fandom-related interaction. It’s almost like despite having never met this person before, you suddenly feel you know everything about them, just because you belong to the same fandom.

For people outside the fandom, the story feels quite different. Wherever there is a tight-knit group of people, those outside the fandom can feel isolated from those within, naturally creating an unhealthy cliquey rivalry. If it becomes impossible to browse the Internet without stumbling across Superwholock related content, feelings of resentment and annoyance will most likely begin to rise. And as is the case with most things on the internet, fire is often fought with fire. Social media feeds become hijacked with content, and comment sections become battlegrounds for fandoms, bombarding the unassuming post with comments related to their fandom.

Why should someone be shamed for, or feel ashamed of, something that evokes happiness and belonging?

There always was – and probably always will be, to some extent – a feeling of cringe surrounding fandoms. After all, who likes a TV show enough to let it infiltrate every part of their life? But this feeling of cringe has nothing inherently wrong with it, and it is perhaps cringe culture that should be addressed instead. Why should someone be shamed for, or feel ashamed of, something that evokes happiness and belonging?

It is undeniable that there are some parts of fandom that are more embarrassing, or even inappropriate, than others – most noticeably when fan behaviour left the sphere of the TV show itself and entered the actors’ real lives. It is not uncommon for users to spam actors’ Twitter and Instagram comment sections berating them for something their character has done. Or, more severely, in the writing of x-rated fanfiction starring the actors – not the characters they play. But if fan behaviour and fandom is confined to the realm of fictional characters without bleeding into reality, is there really anything wrong with fandom?

For better or for worse, fandoms’ presence has weakened in the past few years, and their presence is either maintained by nostalgia or by select younger groups of fans wanting to emulate the actions of their elders. Whatever the reason, fandoms were – and are – inseparable from internet culture and will most likely continue to shape the way we use social media for years to come. 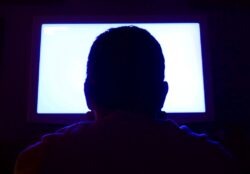 Spoilers: the good, the bad and the ugly