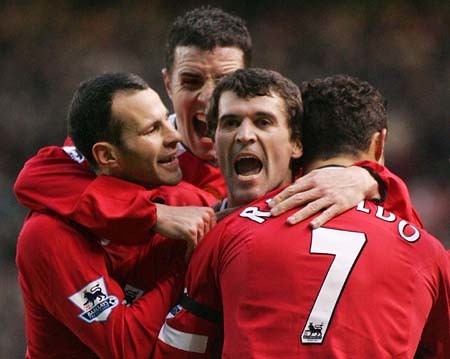 English football punditry is weak currently. Across the four big channels of football coverage (Sky Sports, BBC, BT Sport, ITV), the quality of analysis is desperately ordinary. Honestly, I mute the TV during halftime breaks, knowing I get much more substantive insights from football YouTubers like Hughwizzy or Stephen Howson. Admittedly, it’s not all terrible: Gary Neville and Jamie Carragher are clearly the best in the business – Monday Night Football owes its success to them (the MNF Retro on Leeds 4-3 Liverpool (2000) remains the most intriguing piece of football analysis to date). BT Sport has come a long way: they were absolutely right in reducing Michael Owen’s hours in the studio given he can come out with clangers like: “footballers these days often have to use their feet” (oh dear).

Arguably, the punditry on TV is meant to be popular and accessible. Match of the Day being case in point – easy, comfortable viewing with pundits like Alan Shearer or Jermaine Jenas unlikely to turn heads with their viewpoints. But I feel this only works on channels like BBC or ITV where the hosts (Gary Lineker or Mark Pougatch) are the bigger draw than the actual pundits. On Sky and BT it’s clear the coverage has far more stakes involved. Given that it’s behind a paywall, the pundits on these channels must either be perceptive (Neville, Carragher) or entertaining (Patrice Evra, Micah Richards), since it’d most likely be the passionate, learned football fans who would watch the coverage. Safe, generic punditry can be frustrating viewing – fans can get such perspectives for free – and Sky and BT pundits are guilty of this too often.

Yet there’s a spark, and that spark is Roy Keane. Keane’s inclusion to the punditry roster was an inspired decision by Sky Sports. To be fair, Sky Sports’ best asset regarding football analysis have always been their guests: Thierry Henry comes to mind as being one of the best. Keane started as a guest and it seems he’s there for the long haul, which is brilliant because his glittering career and his ‘hard-man’ reputation contributes to why his punditry is so enjoyable.

Keane’s charm is rooted in his honesty and passion that is justified by his playing career. I know ideally a football pundit should be received purely based on their football acumen. But (as we know) we live far from the ideal, and we inherently receive those better who have paid their dues, with their insights informed by both experience and observations (Rio Ferdinand’s reaction to Carragher talking about winning league titles is a prime example). As a Manchester United fan, when Keane goes off on the current United team and delivers his assessments with brutal honesty to an amusing degree, I can only laugh in agreement as he was at the heart of Sir Alex Ferguson’s greatest period in management. A United legend, who’s a United fan, who speaks with the command and intensity of both is simply glorious.

Keane is no slouch concerning analysis either. Out of all the United pundits that spring to mind, he’s by far one of the most notable. Of course, Neville is at the top, but Keane sure has more to say than Scholes who (bless him) probably can’t even explain why he was so sublime in his pomp. Ferdinand seems too busy guarding himself from any covert bullying from Jake Humphrey. Others like Hargreaves or Owen don’t even come off as United alumni, and Evra…is Evra.

I envision Keane mastering his own swagger similar to how Alan Hansen did. Hansen, celebrated for his punditry so much that people forget he actually played for a successful Liverpool side, had his own aura. Whenever he spoke people couldn’t help but listen to his Scottish delivery, and it’s no wonder he’s responsible for some of football punditry’s most iconic moments (“You can’t win anything with kids”). Keane is well on his way. His unapologetic Irishness can’t be underestimated and he’s already come out with some belters like “I’d be swinging punches at that guy” in reference to goalkeeper David de Gea who, at that point, was proving to be United’s biggest liability (which is now forgotten as sadly we’d be relegation fodder without him this season). Even his calmer, resigned assessments like “United are so off it it’s unbelievable” in response to the Manchester derby this season are hilarious.

Though punditry by the big TV football broadcasters is lacking, I’m thankful there’s still room for pundits like Roy Keane. For those who pay the Sky Sports subscription, I’ll say do tune in whenever United face a big team, as I’m sure Keane will be on hand to make sure you’ll be entertained throughout the coverage.