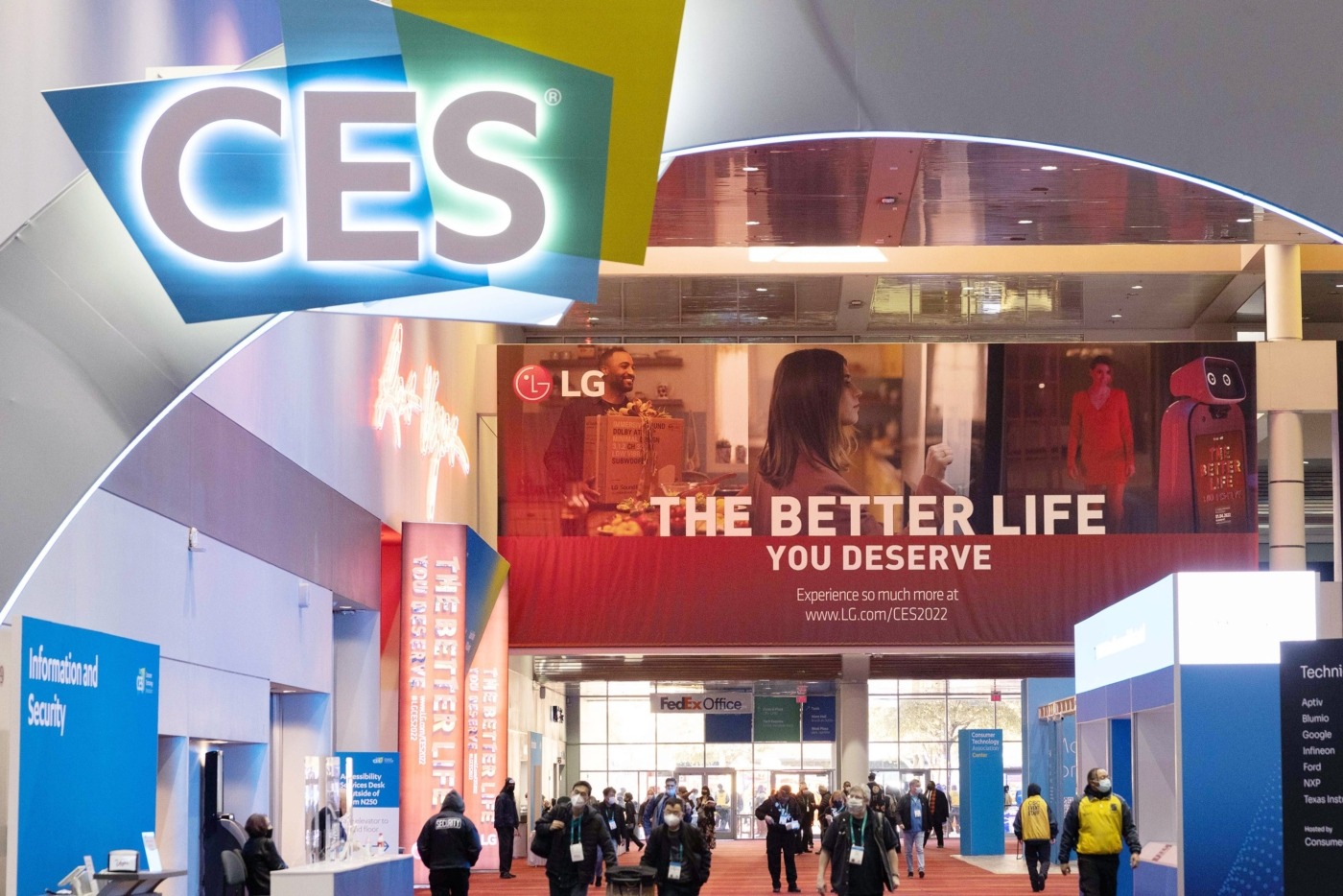 Metaverse Collides With Reality at CES 2022

Trade expos and global tech fairs might not light up the mind like they did in their heyday last century, when the 1939 World’s Fair in New York projected a fantasy of a consumerist utopia. Nevertheless, the return of the Consumer Electronics Show in Las Vegas in person (at least partially) this January had a certain significance. If the industrial consumer economy appeared as a unified vision for the first time in 1939, companies tried their utmost to make 2022’s CES a similar moment for the virtual reality economy.

The format of CES, in and of itself, symbolised the blurring of the lines between real and digital realms. Attendance in-person crashed 75 percent, and big dogs such as Google steered clear of flesh-and-blood events. However, online, ‘visitors’ could register and interact in a so-called ‘digital venue’ via smartphone or laptop.

Alongside NFTs and the ballyhooed “metaverse”, CES corporate pitchmen attempted to inject a third buzzword into the public discourse – “matter”, used to describe interactivity between consumers’ various smart devices, including refrigerators, ‘digital assistants’, and home speakers.

So much of CES 2022 – NFTs, e-sports tech, and a device monitoring cats’ litterbox use – might appear to signpost an affluent society taken to a parodic extreme. Contrary to appearances though, the event portends a horizon limited by scarcity, as much as last century’s World’s Fairs heralded a postwar golden age of rising living standards.

Self-driving trucks unveiled at the event received applause as solutions not to driver exhaustion or road accidents, but as a remedy to employee and product shortages and the supply-chain crisis crippling the global economy’s spine.

Viewers of Clarkson’s Farm who might idealise the lifestyle, but balk at the thought of engaging in any real physical exertion, may be thrilled by a self-driving tractor displayed by John Deere. It ploughs fields using six cameras hooked up to a deep-learning neural network, operated and monitored via a smartphone, and allegedly doubles productivity compared to a human. In a sense, the 8R is arguably the most revolutionary piece of technology in this still-young century, as it separates man, after more than 12,000 years, from direct participation in his oldest profession.

It is, however, being pitched under the pessimistic promise of ensuring global agricultural supply as the global population peaks. This asserted efficiency could, alas, only further the divide between a small number of large-scale, lavishly-subsidised agribusiness operations in the Global North and independent family farmers worldwide.

While GM, BMW, Chrysler, and other auto colossuses also displayed vehicles, Mercedes-Benz’s comparatively attractive and deceptively small VISION EQXX prototype, supposed to be able to drive 620 miles in a charge, captured the CES spirit more than competitors’ cars and crossovers.

As one might expect, the idealised vision of the new digital age promoted by corporates, got disrupted by the era’s bête noirs – disinformation and public disillusionment. A video allegedly depicting a new online Metaverse shopping experience in a Walmart superstore attracted ridicule across social media, but in reality, had initially premiered multiple years ago.

A trick like this could only gain traction due to the underwhelming nature of the metaverse as has been exhibited up till now. The sheer cheapness of the online digital substitutes on show – including an ersatz university graduation and a chance to ‘try on’ clothes virtually – resembles too closely the Zoom environment millions have been trapped in, since the coronavirus pandemic began more than two years ago.

The most appealing technologies at a consumer level, ironically, appeared to be neither incremental improvements nor true innovations, but nostalgic icons of regression. These include the Alva TT aptX HD, a Bluetooth-compatible vinyl record turntable at the cool price of 2,000 pounds. The 1939 World’s Fair had been criticised at the time, and since, by left-wingers portraying the event as an attempt to propagandise in support of consumerism at the expense of deeper ideals of democracy and citizenship. However much truth there is to this claim, at the time, the event attracted upbeat commentary and a huge in-person audience, one that believed in the possibility of utopia.

CES, meanwhile, attracted comments such as “dystopian” and “bubble economy” even as it took place. Although it might appear insignificant – again, how many people actually pay attention to trade fairs today? – the failure of nerve and belief in progress and human potential it represents, alas, extend beyond its physical, digital, and temporal parameters