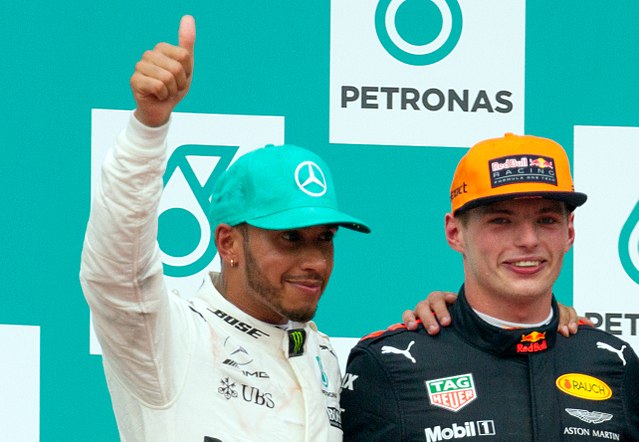 Lewis Hamilton took the win at the inaugural Saudi Arabian Grand Prix, drawing level on points with championship rival Max Verstappen and setting up a final-race showdown for the title. It was a day full of action and drama, with red flags, crashes, and the championship rival threatening to boil over in a series of confrontations.

The race actually started off fairly mundanely – Hamilton made a strong start and extended his lead, setting fastest lap after fastest lap as teammate Valtteri Bottas held off Verstappen. Mercedes looked in a strong position, but the first of many turns would come on lap 10, when Mick Schumacher crashed into the barriers.

There was more inconsistency from the FIA – initially, a safety car was deployed, enabling Mercedes to pit for tyres and putting Verstappen in the lead. But then, a red flag followed and the race was stopped, handing the advantage to Verstappen as he changed his tyres too. At the standing restart, Hamilton made an excellent getaway – Verstappen passed him by going off the track, forcing Hamilton wide and enabling Esteban Ocon to move into second.

The race was then stopped again after shunts involving George Russell and Nikita Mazepin, and one between Sergio Perez and Charles Leclerc (from which he recovered). Scenes followed that, frankly, were farcical – race director Michael Masi negotiated with Red Bull about where Verstappen should be at the restart, and it was eventually agreed that he would be third behind Ocon and Hamilton. At the final start, Verstappen leapfrogged into first to take the lead, while Hamilton swiftly dispatched Ocon to take second.

Hamilton had extra pace, and it was clear there would be a battle for the lead again, even despite periods of virtual safety cars as debris started dropping from cars around the track. But there was somehow more drama to come. On lap 37, Hamilton went marginally ahead of Verstappen into the first corner, but Verstappen refused to cede, forcing them both off track. Stewards told Verstappen to surrender his place – instead, he appeared to slow, and Hamilton smashed into the back of the Red Bull. After investigation, Verstappen’s braking was found to be erratic, and he was given a 10-second penalty and two penalty points on his licence.

Verstappen then let Hamilton through on lap 42, but immediately took the lead back by going off the track. He was given another five-penalty, and was forced once again to let Hamilton by. This last time, there was nothing that could be done – Hamilton had the tyre and pace advantage, and he went on to secure the victory. The night had barely begun, though – both teams immediately put forward their version of events, with Verstappen leaving the podium ceremony as soon as he could. Mercedes and Hamilton rallied against the Dutchman’s “dangerous” driving (a view that is the dominant one among fans and F1 pundits), while Red Bull complained about excessive involvement of stewards shaping the race.

This race was so focused on the rivals, it was hard to forget that there were other cars on the track. Bottas took third from Ocon on the final corner, while Daniel Riccardo rounded out the top five. Sebastian Vettel failed to finish after a tangle with Kimi Raikkonen saw him drop out on lap 44, while the Finnish driver was last of the 15 runners.

After the race, Hamilton said: “I’ve been racing a long time and that was incredibly tough. I tried to be as sensible and tough as I could be and with all my experience just keeping the car on the track and staying clean. It was difficult. We had all sorts of things thrown at us so I’m just really proud of everyone and great with the crowd.

Whatever happens, it’ll be a story for the ages

“Red Bull have some raw pace, it was hard to overtake them, we’ve done an amazing job. Valtteri did a great job for the team and this is for all the guys and girls back in the factory. It has been an amazing event I felt very welcome here and people have been lovely here. The track is phenomenal, very difficult physically and mentally but you would not want it any other way.”

Verstappen said: “It was quite eventful! A lot of things happened, which I don’t fully agree with, but it is what it is. I tried to give it my all, I don’t think the tyres were lasting. I was lacking a bit of rubber at the end, nevertheless, still second. I slowed down, I wanted to let him by, I was on the right but he didn’t want to overtake and we touched. I don’t really understand what happened there. It will be decided [at Abu Dhabi] hopefully we have a good weekend.”

Bottas said: “It was not easy and many obstacles with the red flags and it made it tricky. We just kept pushing and finally on the final straight I got third. It’s a nice track, a big challenge physically and mentally. A good grand prix and look forward to coming here next year.”

So, after an incredible season that saw the lead change hands frequently, allegations of dirty driving and some incredible races, it all comes down to the final race. This weekend, Hamilton and Verstappen will face each other one last time in Abu Dhabi, and whoever places higher will be the world champion. After having written off Hamilton a few races ago, I won’t dare make a prediction now – suffice to say, whatever happens, it’ll be a story for the ages. But will that story be a new world champion or the sport’s first eight-time victor?