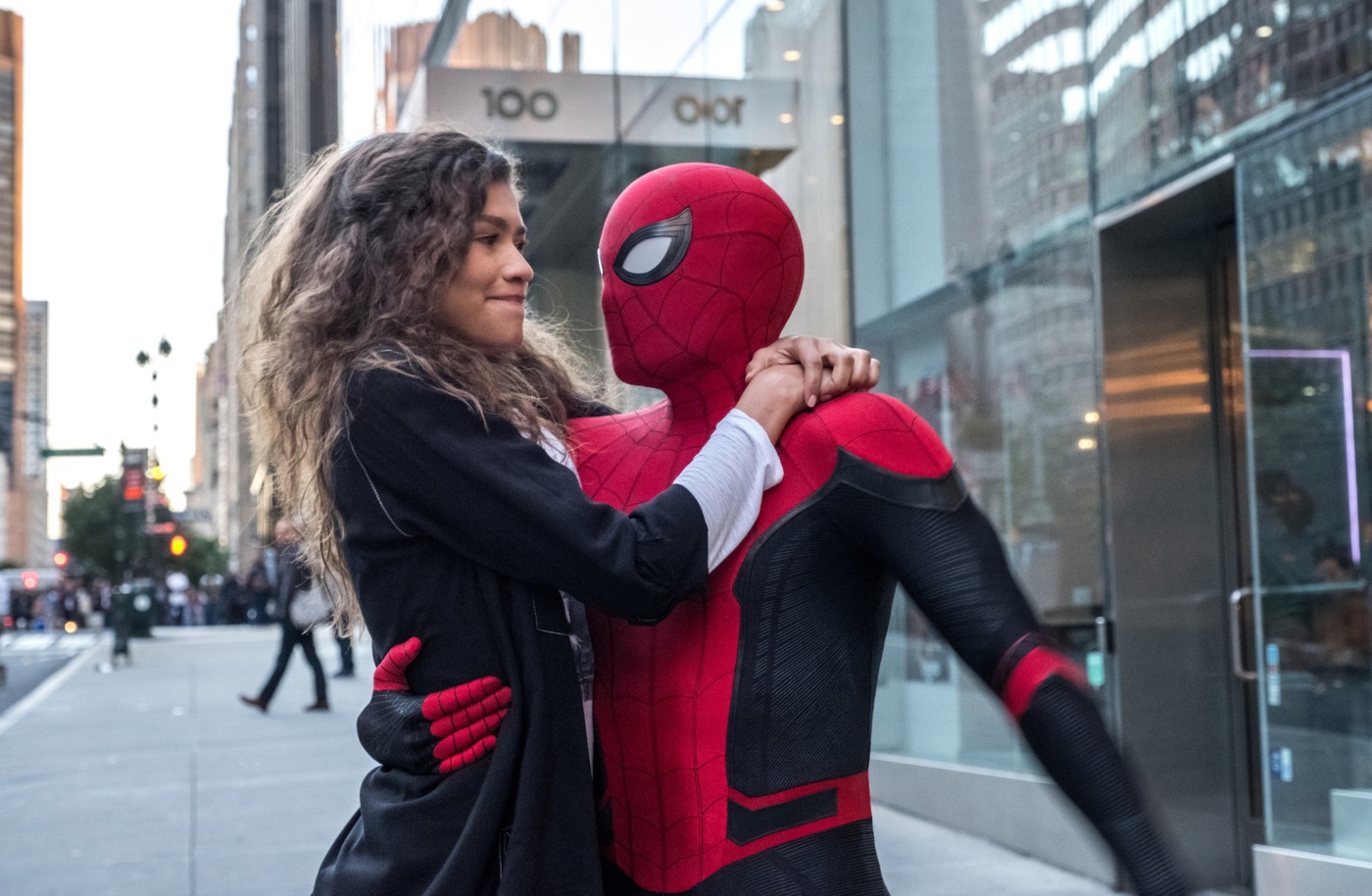 I’m not a man who gets really palpably excited for films. I see stuff I want to watch, sure, but that sheer visceral excitement – the need to go and see a film as soon as I can – rarely crops up (maybe with the exceptions of Toy Story 3 and 4). But then, I saw the trailer for Spider-Man: No Way Home in which Alfred Molina’s Doc Ock crops up, and I knew that this was a film I had to see. If it was played right, it could be a love letter not just to the MCU Spider-Man, but to all the iterations of the character that came before. And here’s the good news – it is. It’s fun and heartfelt, and one of the best Marvel films to date.

After the events of Far From Home, the world now knows that Peter Parker (Tom Holland) is Spider-Man, and it impacts him and the lives of everyone around him. Heartbroken about how the attention is affecting his girlfriend MJ (Zendaya) and his Aunt May (Marisa Tomei), Peter visits Dr Stephen Strange and asks whether he can cast a spell to make the world forget his identity. But the webslinger interferes with the magic, causing universes to collide, and the reappearance of some of Spider-Man’s oldest enemies, from Doc Ock to Electro (Jamie Foxx) to the Green Goblin (Willem Dafoe).

Although it undoubtedly thrives in moments you’ll remember and be talking about when you leave the cinema, there’s a lot of depth to it

This is a real event movie – I saw it in a packed theatre, who were clapping and cheering at many elements throughout, and I can’t blame them one bit. In truth, at certain points, I joined in. But, although it undoubtedly thrives in moments you’ll remember and be talking about when you leave the cinema, there’s a lot of depth to it. The cast are incredible – Holland gets a lot to do here, selling us a Peter who is still a kid but growing up. This is spectacle, but many of the best moments are the quieter ones that Peter shares with the strong supporting cast – Zendaya, Tomei and Jacob Batalon  as his best friend Ned. And, on the villain front, Dafoe, Molina and Foxx slip back into these roles as if they’d never been away – in Dafoe’s case, he finds a new, more terrifying side to the Goblin than we’ve seen before. If you’re fearing a Spider-Man 3 situation, worry not – all the villains are well-served.

It’s spectacle, yeah, but there’s a lot to love here – I can’t recall the last time that a film made me cry tears of both sadness and joy. There’s a surprising emotional depth to No Way Home, and the film goes to some unexpected places that’ll tug at the heartstrings. Jon Watts’ direction is on-point here – he’s good with the intimate moments, but there are shots here that feel like they came from a comic book (something surprisingly unusual in the MCU). I’m normally a bit underwhelmed by the customary CGI fight-fest at the end of MCU films, but it works here – it works because it feels more appropriate, somehow. And the whole film is supported strongly by an excellent score by Michael Giacchino – he gets to redeploy and evolve his own Spider-Man and Doctor Strange themes, as well as mixing in a few from Spider-Man films of old. His evolution of his own theme, mixing the Spider-Man motif with choral work, is just beautiful.

I’m not going to claim the film is perfect, and there are some issues that may hamper your enjoyment. Some critics are whining about the fanservice (as if giving your audience what they want is a bad thing) – I don’t see that, but it is true that you need to have watched a lot of films going into this one to get the most out of it. I was eight when the first Spider-Man came out in 2002, and I remember Willem Dafoe being terrifying, but I wonder if the fanservice may be a little lost on good chunks of the audience. A few of the characters are really underserved in the narrative, notably Happy Hogan (Jon Favreau) but also Strange himself. I was also a little confused about some of the ramifications of the ending, but there’s room to see what will happen.

Minor criticisms aside, there’s a lot to love about No Way Home, and I loved it. I’m not going to claim this is high art or anything like that, but it’s an unashamed crowd-pleaser that really delivers a lot, from laughs to heart and a lot of references. It really does live up to the hype, and I recommend it – avoid spoilers as much as you can, and then go and be spoiled. If the MCU can deliver more films like this, it has a bright future.