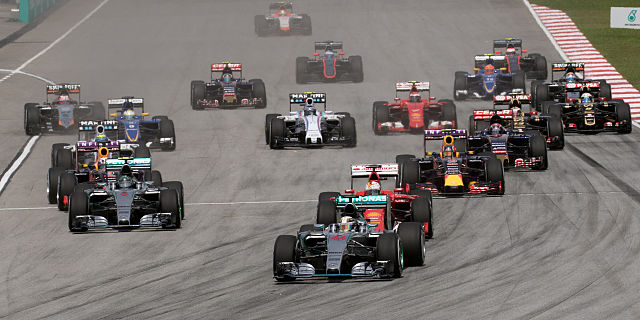 So, the 2021 F1 season is now through, and it’s been one of the most exciting ones in living memory. I’ve been writing reports every race, and I wanted to cap off the season with a few thoughts and reflections.

For all the (accurate) talk about this being one of the best seasons ever, it was also host to F1’s worst race in history. I say ‘race’, but I think calling the Belgian Grand Prix that is charitable to an extreme. Due to extremely bad weather, it was clear that a race was not going to happen. But the leadership sent all the cars out for two laps behind the safety car in their qualifying order (two being the minimum requirement to declare a race result) and then red-flagged proceedings. It was a farce, it really was, and nobody was impressed – it was the first time I saw three drivers embarrassed to be on the podium.

I think we all knew that Hamilton or Verstappen would win the championship early on, and in all honesty, I didn’t really have a preference for a good chunk of the year. If you’ve read my F1 stuff in the past, you’ll know I’m not a Hamilton fan. But I found Verstappen an incredibly aggressive and frequently dangerous driver who seemed to get away with a lot, and I wasn’t a fan either. There were two incidents, though, that really coloured my view.

Both are excellent drivers, but both have also behaved poorly on occasion. After a collision at Silverstone, sending Verstappen into the barriers, I was impressed at how Hamilton was immediately on the radio, checking if his rival was okay and asking for updates. But his victory celebration on the podium – more than a little distasteful. It was the inverse at the Italian Grand Prix, where Verstappen landed his car on top of Hamilton’s – but for the halo safety measure, it’s likely Hamilton would have been killed. But it appeared that Verstappen didn’t care – he stormed off, shouting about that being what you get if you don’t leave him enough room. At that point, whether Verstappen wound up winning or not, I knew I’d personally find it hard to think of him as a champion.

And, finally, how could I not talk about the contentious events in Abu Dhabi? Both Hamilton and Verstappen entered the final race level on points, and there was palpable excitement in a way I’ve rarely seen in recent years. It was winner takes all, and for most of the race, it looked as if Hamilton would win his record eighth world title. But then, a safety car in the closing stages and a very contentious call by race director Michael Masi gave Verstappen all he needed to turn the race around, overtaking his rival on the final lap and becoming the Netherlands’ first world champion.

The loser here, though, is the sport itself. Millions of people tuned in from around the world for what may have been their first experience with F1, and what did they see? They saw one driver lead the race for 57 of the 58 laps, pulling out some impressive driving and nursing his worn tyres, only for a decision from race control to essentially give the race to Verstappen. There are ways this could have been fair – keeping the lapped cars in place, or an immediate red flag, giving both drivers time to get new tyres and have a proper race to the finish. But the eventual decision would only ever have given the win to Verstappen – to many, Verstappen’s championship will always have an asterisk next to it. I found it a hugely contrived ending.

So really, there have been two key storylines in 2021 – the Hamilton-Verstappen rivalry, and the surprising inconsistency with how stewards and race control have managed the races. The first may go on for years, but the second issue needs to be dealt with – there have been calls for Masi to stand down, indicating the level of frustration. Both Hamilton and Verstappen (and many other drivers) fell foul of standards that seemed to change from race to race, and that’s just not right. It’s a real shame that the ending to an exciting has left a bitter taste in the mouths of so many fans and drivers, and that the win is tainted because of intrusion from up on high.

I had to be talked into doing another blog after a few boring seasons of F1 (as Luke and Sam used to laugh, how many ways could I find to write ‘Hamilton won easily’?), but I’m glad I did – this has been a season to go out on. I’ve enjoyed following all the turns and controversies, and seeing F1 demonstrate that it can be a sport that attracts popular attention once again (for reasons both right and wrong). If you’ve been reading the blogs, thank you, and here’s to the next season!