Preserving a gallery’s surroundings: a comprehensive approach to art appreciation

The closure of cultural institutions over the last 20 months meant art had to be admired and appreciated in different ways. Virtual museum and gallery tourists replaced the usual visitors that enjoy the various artistic creations with their very eyes, reliant instead on the barrier of a computer screen to witness exceptional designs. Thankfully, the ease in restrictions – despite the new Omicron variant – has meant all of us who believe culture is intrinsic to the good life have returned to theatres, museums and art galleries.

However, that doesn’t mean controversy has disappeared. Indeed, a Supreme Court legal case has been built around Tate Modern visitors – one of my favourite London art galleries – and whether they can gaze their prying eyes into the surrounding houses, gardens and apartments. The Tate Modern contains a viewing platform which local owners of luxury apartments nearby – for this is central London after all – object to because of the intrusion into their homes.

The case raises many questions about the conflict between personal privacy and artistic exposure. The owners of four apartments on the Thames South Bank believe “hundreds of thousands of visitors” are looking into their homes, with the platform providing a panorama of London alongside the direct view of their homes. Previous rulings by courts have always leant on the side of the Tate, arguing that the owners could lower their blinds or install net curtains, while suggesting the Tate should introduce time limits where this viewing gallery could be used.

Were the Supreme Court to rule in favour of the homeowners, it could start a whole domino effect in legal action across the country…

Privacy is naturally very important and something we all cherish. Nobody can envy individuals who go from utter anonymity one second to having their faces thrust into the spotlight the next, their lives ready for public consumption often without their own consent. Walking down the street, I cherish both the anonymity in public, and the privacy offered by my home. The law surrounding privacy and, more specifically, what counts as a public nuisance, is both complicated and ill-defined.

The fact that the homeowners could be responsible for helping to set such a precedent would, once again, show how money can ultimately buy influence

So far, the overlooking into one’s home has never amounted to a nuisance in law. Were the Supreme Court to rule in favour of the homeowners, it could start a whole domino effect in legal action across the country, looking at noise complaints, natural light and whether buildings are designed with the possibility of peering into them.

The case worries me immensely on three counts. The homeowners have only been able to afford to carry such a case forward due to clear immense prior wealth. The legal system with its high costs for lawyers is immensely exclusionary in any setting and this is no more so the case than here. The fact that the homeowners could be responsible for helping to set such a precedent would, once again, show how money can ultimately buy influence.

Similarly, I would worry about what such a precedent could mean for future homeowners. Richer residents living near the potential development of new homes could apply for stringent limits that would limit different future architectural projects to retain privacy. This could also act as a restraint against new buildings and housing, when more is needed than ever before. Again, the link to wealth cannot be understated.

What worries me most about the case is what it means for individual appreciation for art and its accessibility. Though I’m immensely critical of the New Labour government in numerous ways, one area where I will praise them is making museum and art gallery entry free, as an attempt to reduce the social elitism that so easily arises in the arts. That devotion, access, and love for art should be placed, wherever possible, against the concerns of landowners who would have been well aware of what they were purchasing.

That this case could limit the ability of the public to enjoy the Tate Modern, would be an immense imposition on artistic freedom

The ability to explore art is an important value that should remain to be cherished by us all. Seeing different creations to form a particular judgement can only happen fully, I believe, when art is open, in person and can be seen by all. That this case could limit the ability of the public to enjoy the Tate Modern, would be an immense imposition on artistic freedom. It must not be allowed to succeed. Defenders of art must now look to the Supreme Court justices to form the correct decision. 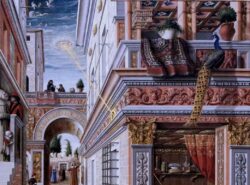 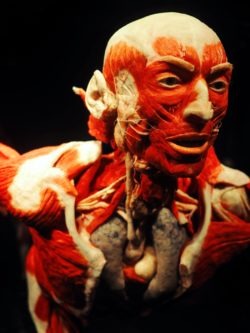 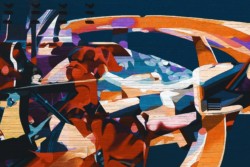