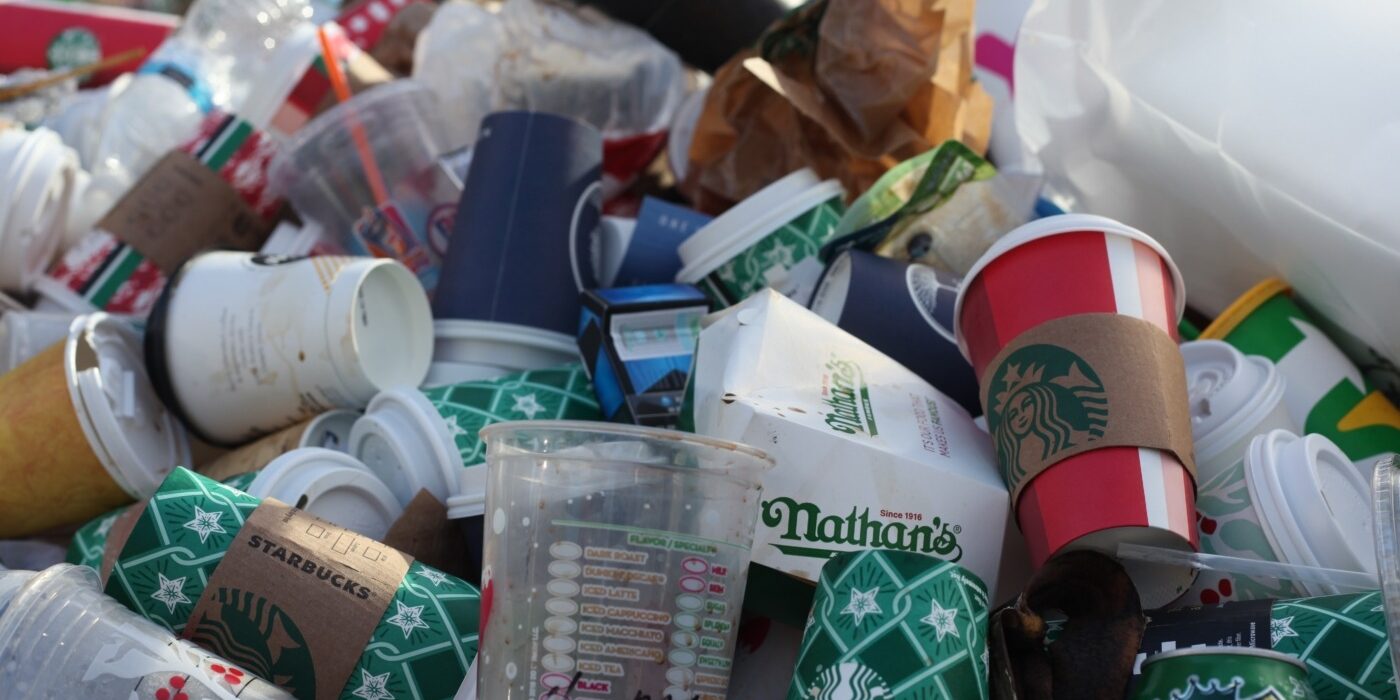 Have reusable cups been trashed?

Before the pandemic began, it was very rare that a day went by when I didn’t leave the house without my trusty reusable cup. Apart from feeding my borderline obsessive desire to drink tea all day long, it meant that whilst I was out and about and felt the need to have another brew, I could drink it knowing I wasn’t adding another ‘throw-away’ plastic cup to the ever-growing piles of landfill.

But now, with some of the only COVID rules remaining being those relating to how we consume drinks without sharing any germs, I often find myself tipping my drink out of one plastic cup into my reusable one… a huge contradiction, I know!

In 2020, the government announced that ‘it is up to the individual business to decide whether they allow the use of reusable cups or containers during this period’. However, with onslaughts of headlines and reports advising us to ‘stop the spread’, it was understandable that many businesses stopped accepting the use of reusable cups. Most notably, in March 2020, Starbucks decided that the pandemic was a ‘greater priority’ than the environment. Consequently, they decided to ban the use of reusable cups. Whilst, at this time, Starbucks were not following health advice, and instead took this decision internally within the business, it is unquestionable that this move set a trend for other businesses, both large and local, to follow.

However, before the pandemic, the rise in the use of reusable cups was spreading rapidly as it seemed more and more people were becoming conscious of how they produced waste. Towns across the UK started to launch successful ‘cup’ schemes. The Shrewsbury Cup in particular, built a network of 20 cafés across the town in which people can pay a £1 deposit to have their drink in a reusable cup. Once they are finished, they can then return the cup to another participating café, where their initial deposit is returned. This scheme alone saw huge success in the town before the pandemic. It saved 3000 plastic cups from being thrown away within the first 10 months of its launch, and is now back working again after the lockdowns.

Whilst some have questioned the real impact reusable cups can have, it is undeniable that saving thousands of cups worth of plastic waste per year can only be a step in the right direction. And what’s more, it shows that people were becoming more and more aware of the impact their actions were having on the planet. But the pandemic means we are facing a new wave of throw away materials. We are now inundated with single use masks, gloves, and food containers, and of course the single use plastic cup!

It has been suggested that the ‘best-case scenario estimation is that the plastic waste associated with COVID-19 increased by some 10 million tons’. Of course, this statistic does include masks and medical equipment, but it does show that previously changing habits and attitudes to recycling could be reversed due to the pandemic. Like one Microplastics expert at the University of Bangor has said: “While we need to be very conscious of the health implications, we cannot allow ourselves to be distracted… Covid will eventually go away, plastic waste won’t, it’s here forever.”

As we are now turning back to a society where some single use plastics could be reduced again, will the reusable cup take its former place of glory? The WWF has predicted that by 2030 the UK will use 33% more cups than it does now’. But is this 33% enough when we have just faced such a spike in our usage of throw away plastics?

For me, the reusable cup will always have a space in my rucksack. But with time, there is huge potential for their re-integration across society. With U-turns from major companies and more local recycling schemes popping up around the UK, the reusable cup could take its place as an everyday essential for people around the country – a position it came so close to holding before the pandemic.