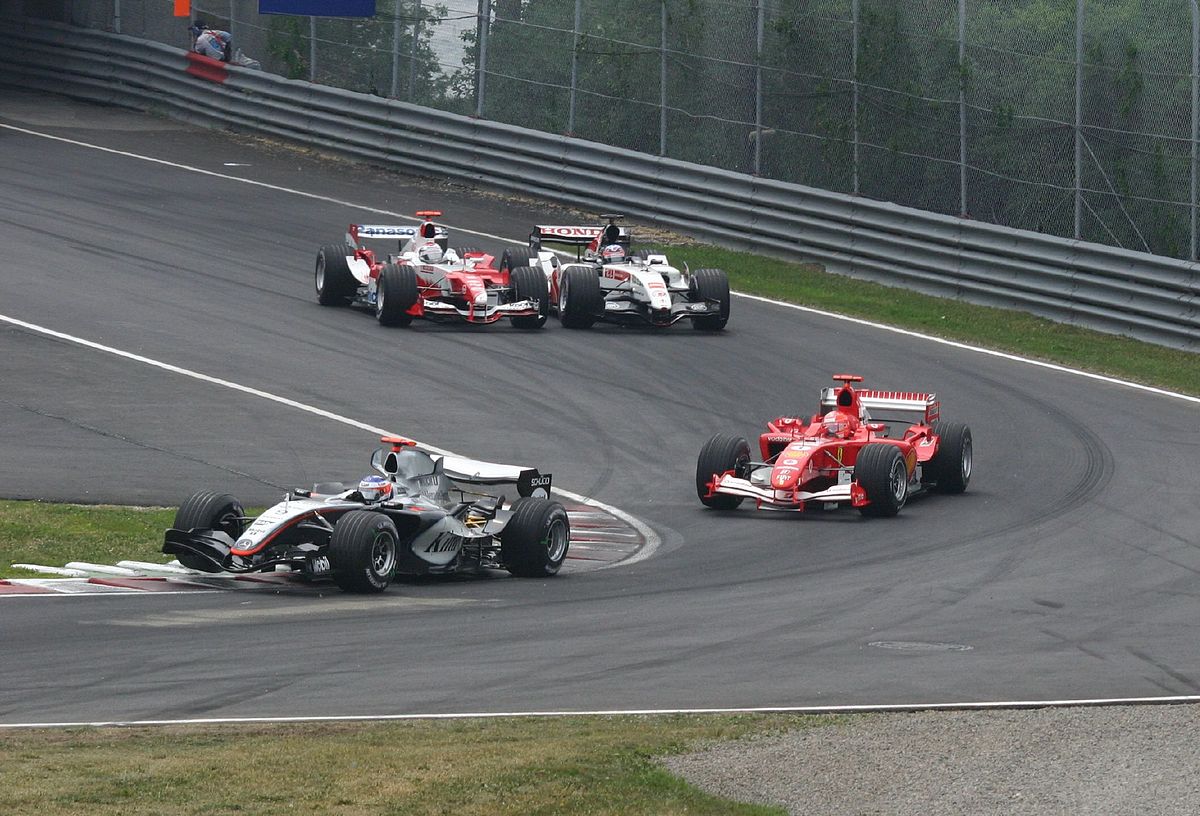 Undoubtedly, the 2021 F1 season will be remembered as the clash of the titans between, statistically speaking, the greatest driver of all time in Lewis Hamilton, and the ridiculously talented, charging Dutch lion, Max Verstappen. With four races to go and 18 behind us, they have fought wheel to wheel at nearly every grand prix, giving us an endless showcase of their unmatched talent, stream of classic races and ‘I was there’ moments.

As soon as this season is over though, the debate will inevitably turn to where this season and rivalry stands compared to rivalries gone by in previous F1 seasons. Therefore, it is a good time to kick off that conversation by looking back at some of the best, previous duels in the history of the sport.

Juan Manuel Fangio and Stirling Moss were dominant drivers in the sport’s first decade in the 1950s. Fangio would be the sport’s most successful driver for over 50 years and Moss would go down in many people’s eyes as the greatest driver never to win a championship. They fought and raced at a time when the cars were remarkably unsafe and killed many, yet they were masters of their craft. The start of their battle came in the 1954 Italian GP, when Moss was finally set to win his first race and beat the all-conquering Fangio, when his engine failed with one lap to go. In 1956, ’57 and ’58 Fangio would win the championship with Moss an agonising second each time. It was truly a great rivalry to kick off the championship.

Thanks to being taken on by Hollywood in the film Rush, one of the most infamous of all the great rivalries in Formula One was of James Hunt and Niki Lauda in 1976. It was one of immense contrast between the methodical, quieter Lauda and the wild, partying Hunt. What made it yet more special was that it was a battle between two of the most evocative names in Motorsport: Ferrari and McLaren. The championship was in Lauda’s favour after some tense races, before his monster, truly terrifying accident at a wet Nürburgring. While Lauda recovered, Hunt would win races, and even when Lauda miraculously came back before the end of the season, it was not enough to stop Hunt from claiming his first title.

Certainly, the most iconic episode in F1 history was the last 1980s/early 1990s battle of Ayrton Senna and Alain Prost. Two of the absolute all-time greats, a three-time champion with unmatched skill in Senna and a ruthlessly victorious four-time champion in Prost. This is the rivalry most compared to Verstappen and Hamilton today. Both in the dominant McLaren at the time, they showed their class in 1988 when they won all but one race that year. However, what they are truly remembered for is their controversial incidents. In the last race of 1989 at Suzuka, Prost was leading the championship, and with six laps to go, knowing he needed to pass to win, Senna sent his car up the inside, they tangled, Prost was out and Senna would be later disqualified. The following year, in the same race, it was Senna leading in the standings, so to enact redemption, he took out Prost at the final corner, giving him the title. At times it was ugly, but it was gladiatorial stuff.

The lesson to be learnt from previous rivalries in F1 is to enjoy it while it’s here, and to soak it in fully

Michael Schumacher dominated the sport in his time and was arguably the greatest driver of his generation. He had intense, multi-year battles with the likes of Damon Hill, Jacques Villeneuve and Fernando Alonso but, for me, his greatest battles were with two-time champion Mika Hakkinen. Both would have race-winning cars at the end of the 1990s and start of millennia. From 1998 to 2000 they battled each other for the championship, with Hakkinen victorious in 1998 and 1999, and Schumacher in 2000. Their racing was characterised by a huge sense of mutual respect, meaning they never collided in a high-profile way. Indeed, their battle is best remembered for a moment of sheer driving excellence rather than a tangle. Hakkinen passed Schumacher at the 2000 Belgian GP for the lead by slipstreaming a backmarker to slingshot in front, in one of the best, clean overtakes in motorsport history.

Onto this list, once the championship is over, surely, we must include Verstappen versus Hamilton. So far this season, Verstappen has won nine times, Hamilton five times, they have lined up on the front row six times and collided, seriously, twice. Their racing has been extremely hard, resulting in some of the most dramatic moments in years, for example their incidents at Silverstone and Monza. They are pushing each other to the limit, another feature of a great battle. Indeed, in the second-most recent race in the US, they finished the equivalent of two pit stops ahead of everyone else. The lesson to be learnt from previous rivalries in F1 is to enjoy it while it’s here, and to soak it in fully.