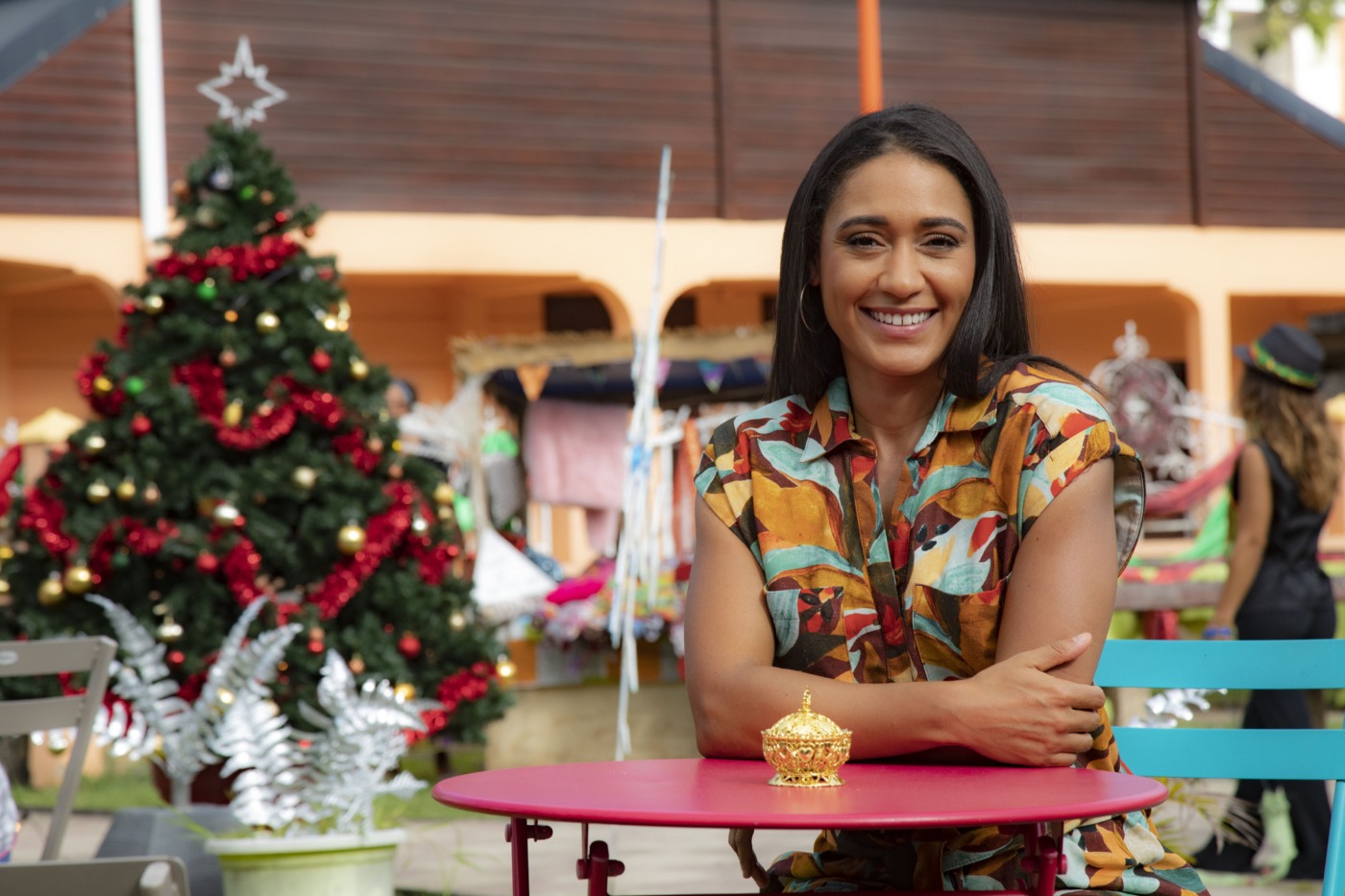 This year, Death in Paradise turned 10, and it’s amazing to think that the BBC had never milked it for a Christmas special before. It’s a staple of the January schedule: the lovely Caribbean setting a beautiful contrast to the grey and gloomy UK, and the reveal that we’d get a bonus Boxing Day episode was a Christmas present to many a fan. But, sadly, it’s very much an episode of two halves – the character elements work well, but the mystery is a weak one that fails to hold much interest.

It’s Christmas on Saint Marie, but not all is merry: wealthy shipping magnate Phillip Carlton (Antony Calf) is found dead at a party, the victim of what appears to be a suicide. The team are happy to close the case, and Florence (Joséphine Jobert) has already left for Christmas with her family when a shock development upends everything. Colin Babcock (Mathew Baynton), a minicab driver in the UK with seemingly no connection at all, receives a Christmas card telling him that Carlton was in fact murdered. The team investigate Carlton’s death, but now a team member down, the commissioner (Don Warrington) calls in a familiar face to provide a little back-up – Dwayne Myers (Danny John-Jules).

The return of Dwayne was really the main selling point of this episode, and it’s a real pleasure to see John-Jules back

The return of Dwayne was really the main selling point of this episode, and it’s a real pleasure to see John-Jules back. He gets to have fun and exhibit a lot of his old charm (pitting him with and against Tahj Miles’ Marlon works a treat), but there are also some moments of genuine heart too. In the universe, Dwayne left the show to spend more time with his father, and the show rewards the long-time viewer with a touching scene in a church that builds on that beautifully. Seeing Dwayne’s attempts to interview a female private detective go painfully wrong as he relies on his charm, it’s like he’s never been away!

We left series ten on a frustrating cliff-hanger, and rest assured that it does get paid off here (albeit it in an equally frustrating way). The potential Neville-Florence relationship underpinned a lot of the last series, and I felt like the developments here (which I won’t ruin) feel natural and fair – I’m looking forward to seeing where the two go next. Of course, with Florence out of action for most of the special, it gives Ralf Little some different heads to bounce off – the commissioner, an ever-welcome presence and rocking a Santa suit at one point, as well as Baynton. They’re both great comedic actors playing Englishmen a long way from home, and I found their interactions genuinely sweet.

It’s a bit gutting to write this, because I love the show, but outside of the main character work, the Christmas episode was really quite work. The mystery was not a very engaging one for the most part, and then we conclude with a resolution that felt to me very out of nowhere – I’ve no idea how Neville came to half of the conclusions he did based on the information we were presented. It feels like the show would have succeeded naturally in an occasional 90-minute timeslot (it’s managed two-parters before with ease), but this felt both padded and underdone at the same time.

Sadly, the dull case really hit the viewing experience, being neither that interesting to watch nor particularly possible to deduce – a deadly combination in a murder mystery

The mystery simply isn’t strong enough to maintain the momentum, needing a poorly-included assault just to keep the tension up, and there’s not enough done with the suspects – we’ve four viable candidates for the crime (one of whom even the brilliant Juliet Stevenson can’t bring to life), and one of them is barely used at all. Really, you could have cropped a few more of the supporting characters and lost very little here. Death in Paradise is usually a show that makes the most of its runtime and its cosy cast, but neither observation is true here.

So, the Christmas special is really mixed. I loved returning to Saint Marie and catching up with the characters (I could have happily done that for the full 90 minutes in all honesty). Sadly, the dull case really hit the viewing experience, being neither that interesting to watch nor particularly possible to deduce – a deadly combination in a murder mystery. It’s a middling recommendation then, more an episode for fans of the show than fans of the crime genre, and it sets a low bar for the forthcoming new series to overcome.