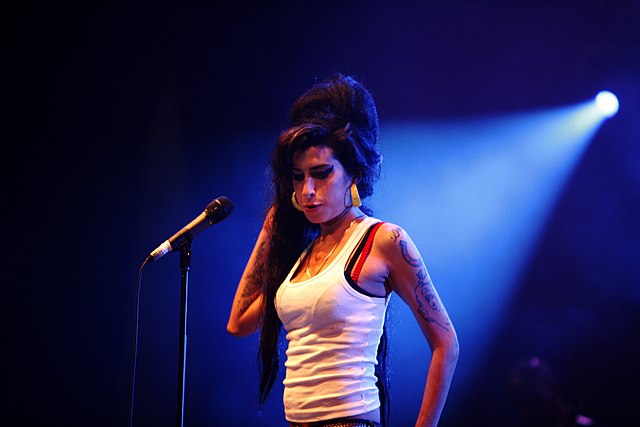 Of the 15 years since the release of Back to Black, Amy Winehouse has been dead for ten of them. Opening with the track ‘Rehab’, and Winehouse’s justification as to why she refuses to go to treatment for her substance abuse, the album opens feeling like an eerie prophecy of Winehouse’s untimely death.

Deemed the 33rd best record of all time by Rolling Stone magazine last year, Winehouse’s legacy upon mainstream popular music cannot be understated. Moving jazz and blues back into the mainstream, and reviving some of the swing from the 60s, the stylistic blending of modern-day pop music can in part be attributed to Winehouse. Acts such as Adele, Florence Welch, Estelle, and Billie Eillish have also cited her as an influence on their work, with her musical talents influencing her own generation of singers and ones to come.

To this day, Winehouse’s voice remains something artists look to and fail to mimic. Her soulful, jazzy grit has been hard to replicate, despite a decade and a half of talent rolling out of the UK music industry. Only 22 years old at the time of recording, her voice commands an age beyond her years, accompanied by lyrics brazened by youth.

Winehouse’s candidness gives her an edge and defiance that only contributes further to her image and sound. Lyrics like “What kind of fuckery is this?” and “kept his dick wet” are memorable to this day. Tracks such as ‘Tears Dry on Their Own’ and ‘You Know That I’m No Good’ are still instantly recognisable among our generation, who grew up with Winehouse on the radio.

Mark Ronson’s production helps to frame Winehouse’s timbre and style perfectly, with tracks as equally unique as her voice. The bossa nova jazz blend on ‘Just Friends’ and ‘Some Unholy War’ contrasts the sweeping quartet strings on the title track, helping to build up a sound that is both nostalgic and modern even now. Extremely experimental for its era – situated in the era of both Rihanna’s Good Girl Gone Bad and the Arctic Monkeys’ Favourite Worst Nightmare, for context – it continues to stand out from the crowd.

Almost like a journey into the eye of the storm, it shows Winehouse at a degree of introspection about her chaotic life before it spiraled out of control

From this combination Winehouse rarely sounds defeated on the record, more mournful and introspective. The record captures the complexities of love more than just the basic ballad format of ‘I am in love’ or ‘I am heartbroken’. It is clearly her heartbreak, in her words, but it has transcended time and place through its honesty and pain.

If it weren’t already bolstered by being a pioneering record for alternative music and alternative female artists, it also holds the title of being Winehouse’s second, and final, album. The listening experience with every passing year is tinged by ‘what ifs’ on every iconic lyric and smooth croon she sings. Recorded five years before her death, it’s hard not to think about the art that she could have produced had she not been battling both mental health issues and external demonisation by the press.

Bookended by two songs relating to addiction, Back to Black is a short journey into the mind of Amy Winehouse. Almost like a journey into the eye of the storm, it shows Winehouse at a degree of introspection about her chaotic life before it spiraled out of control. The up-tempo start and end, with a lull in the middle, captures this feel along with the lyricism.

It’s also a snapshot as to why we never got to see much more from her, with her pain fundamental to her excellent work. It is ultimately a pleasure to be left with this art from Amy Winehouse, with everything she had to go through leading to her tragic demise but leaving the world with a timeless record. 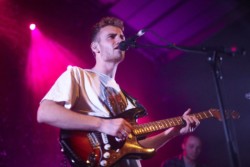 Georgia and the Vintage Youth take us down memory lane 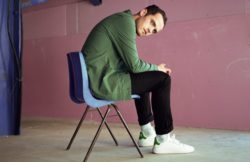 On the contrary, Jordan Rakei’s Wallflower is guilty of poetry and atmospheric jazz