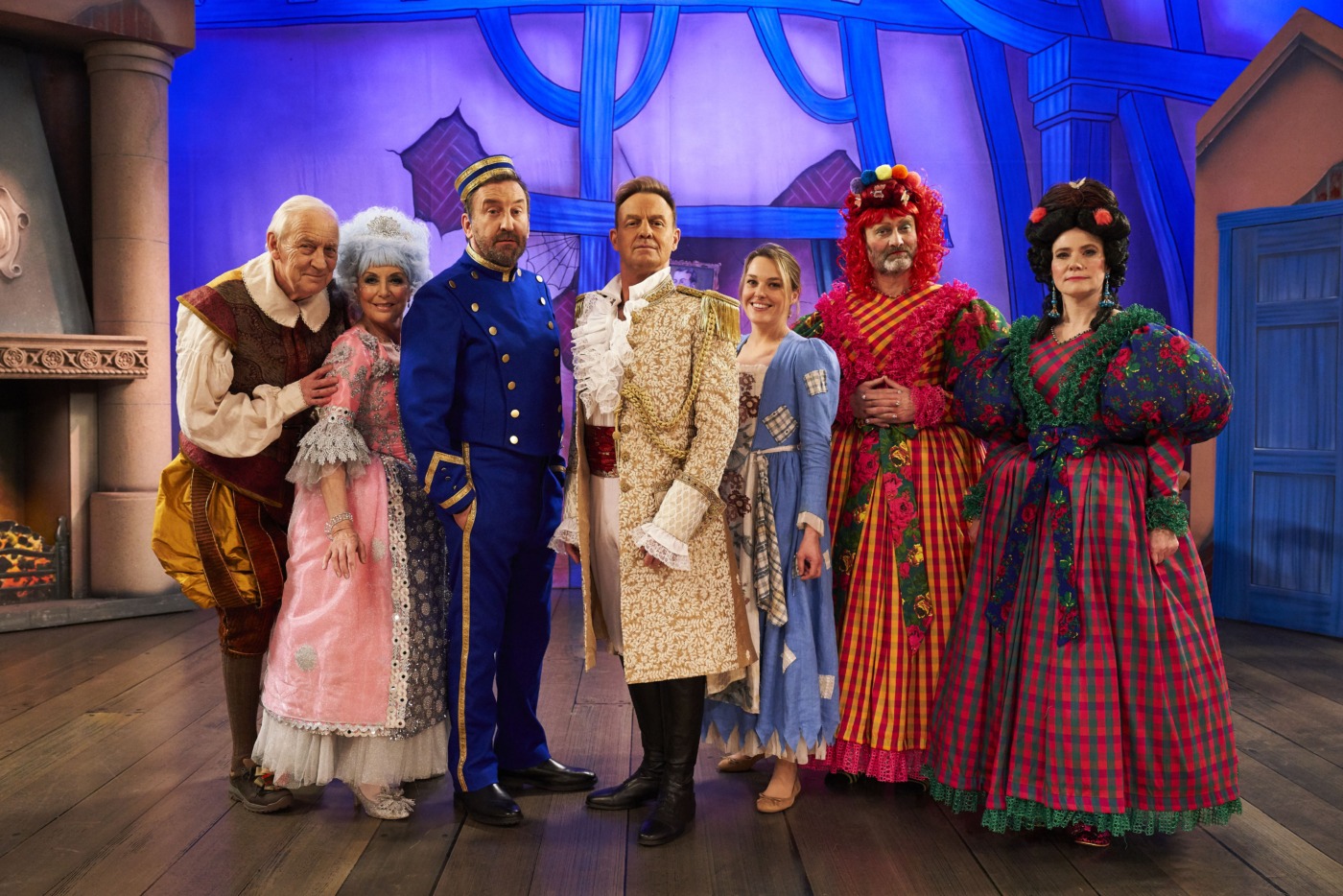 “A fun time that’ll put a smile on your face”: ‘Not Going Out’ – Panto

There’s nothing like a good old pantomime at Christmas (you can argue if you want, but I’m not wrong). And this year, Lee Mack’s fantastic sitcom Not Going Out embraces the panto spirit for its annual Christmas special. It’s your traditional gag-filled instalment, but the panto trappings in this episode give the cast a chance to do something different, resulting in one of the show’s most memorable outings in recent years.

It’s the festive season, and at a Christmas party with their friends and family, Lucy (Sally Bretton) admonishes Lee (Mack) for not helping around the house. She also reveals that she’s bought pantomime tickets to see a show starring her childhood crush, Jason Donovan. The dual shocks weigh on Lee, who dreams that night that he’s in a pantomime himself. Playing the role of Buttons, Lee does his best to win round Lucy (who plays Cinderella) and prevent her from falling for the charms of the handsome Prince Charming (Donovan).

The show doesn’t do sentimental that often, but it really works here

This is the first time the show has aired since Bobby Ball (who played Lee’s father Frank) died of Covid, and ‘Panto’ pays tribute to him in a really sweet scene at the start. The show doesn’t do sentimental that often, but it really works here, and the moment is topped off by a wonderful joke about his adversarial relationship with Lucy’s father Geoffrey (Geoffrey Whitehead) that works perfectly.

Then, it’s down to normal business – or not. After a few scenes in the house, we move to Lee’s dream sequence and the pantomime, and it lets the cast have a load of fun. The script is typically full of jokes, but the premise also gives Mack a chance to poke fun at the conventions of the pantomime and engage in a bit of meta humour, having a go at the audience or suggesting Ofcom might be at the door after a few foul words are uttered (this is definitely a more adult instalment than normal). The show is usually a conventional family sitcom, and so it can very rarely engage in fourth-wall-breaking humour. I liked how ‘Panto’ changed the show’s speed, and lines like Lee observing that half the audience didn’t really get one of the jokes simply tickled me.

‘Panto’ is a great Christmas special, and a funny instalment of Not Going Out in its own right

The cast gets to pull double-duty, briefly playing their original characters and then hamming it up for the panto. Deborah Grant is particularly busy, playing Wendy, the Fairy Godmother, and an old crone, and she’s clearly having fun with it, contributing further to that panto vibe. Hugh Dennis and Abigail Cruttenden made for a very strange pair of ugly sisters that are somehow still married (make of that what you will). And one of the big selling points is Donovan – he’s clearly having a ball, bouncing off Mack as they share Australian jokes and references to Donovan’s career, as well as playing the dashing prince (how Mack managed both to hit all of the panto beats and tell his own story in the process is really impressive).

‘Panto’ is a great Christmas special, and a funny instalment of Not Going Out in its own right. It’s packing lots of laughs and it tells a surprisingly engaging story that mixes the trappings of the pantomime with the world of the show. Check it out on iPlayer this Christmas – you’re guaranteed a fun time that’ll put a smile on your face.