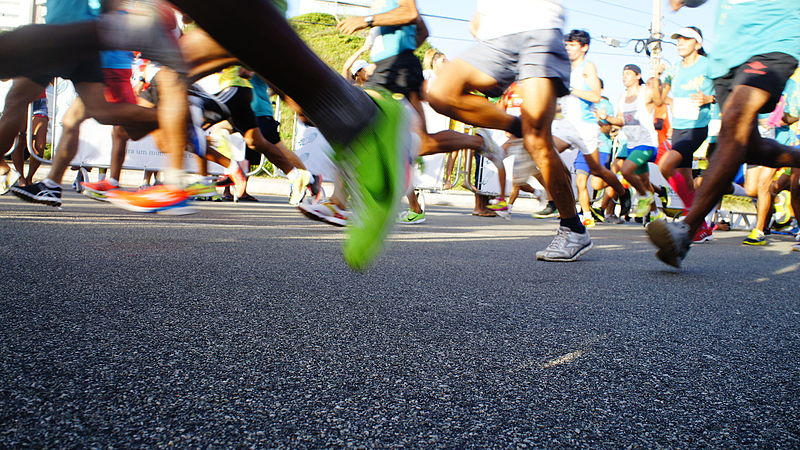 On the 13th November, Warwick’s cross-country squad, WUAX, travelled to Bentley Court Farm in Newcastle-under-Lyme to compete in the first of four Midlands XC League races. The event saw runners covering distances between 6.5km and 8km, in near perfect racing conditions.

Freshers, Tom, and Katie were the first WUAX athletes to cross the line in their respective men’s and women’s races. Despite some of the men’s team encountering injuries and others being more eager to get to the pub, all of the athletes in the men’s race produced exciting performances.

The women’s race, saw equal successes for Warwick’s athletes. All the competitors finished their 6.5k race comfortably within the top 300 of such a competitive field. Overall, this was a hugely positive start to the league for the club as WUAX now sits in 10th place overall in the league rankings.

With such a positive day for the club, it begs the question of whether runners competing at a regional level have seen the same impacts on their running as those which seem to have occurred on the international stage. When, Letesenbet Gidey broke the women’s half marathon record earlier in October it raised many questions about the way athletes have had to adapt their training to the non-existent racing calendar and the new developments in running technology.

Upon speaking with WUAX athletes who competed in the league races it is clear that these changes have permeated through to the regional level but are manifesting themselves in different ways now races have recommenced.
Those athletes from Warwick who took part in the discussions had all been racing for several years. Whilst some had been recovering from serious injuries, they all faced changes to their normal racing calendar when the pandemic struck.

All of the runners noticed that the wealth of time lockdown gave them had two significant impacts on their training. Firstly, one runner noted how the lack of structured team training meant they were doing “a lot more strength and conditioning, because I had the time and there weren’t any races at all” and as a result they felt they had become “a lot stronger as a runner.”

Despite gaining this time to focus on their overall fitness, other athletes felt that motivating themselves to run was much trickier without the support of teammates. But as the time has passed, the lack of opportunities to train with, and compete for a club meant all the athletes felt an overwhelming sense of excitement in the build up to the league races.

Katie, the first woman back for Warwick, had felt there was a pressure when returning to races, but much like the athletes on the international stage, it was pressure “in a good way… this is the first race back. I want to make sure it’s really good and I think that [good pressure] definitely helps spur me on.”

Whilst international athletes have said they felt this so-called good pressure, it has predominantly been centred around their own performance. However, for athletes at Warwick the chance to compete as part of a team seemed to be the overriding reasons as to why this pressure manifested itself in a positive way for athletes. Whilst international athletes could be considered to be transforming into quasi world record breaking robots, it is refreshing to see the sense of community and togetherness flourishing amongst the Warwick athletes.

However, as you would have expected, all of Warwick’s runners had still wanted to perform well at the race to achieve the sense of personal satisfaction every runner craves. Achieving this can often come from analysing performance data, collected by some form of running technology.

One of Warwick’s athletes noted that when passing a large group of runners competing in the leagues for fun, “loads of them had watches on.” It seems that wearing a GPS watch has become something of a badge for runners to confirm their commitment to the sport.

However, for the athletes at Warwick, the fact of getting to know your body when training seemed much more important. Especially during races, the runners said they found wearing watches “too distracting.” It seems that whilst technology is used on running at all levels, the fact as one athlete mentioned “the shoes [and other tech] are great but… you need to change your biomechanics to run in them… and you need to be a different kind of runner [to do it successfully].” It demonstrates how there is clearly a limit to how much of an impact the technology can have for athletes at different levels.

Therefore, whilst all of the running world seems to be stepping in a positive direction, on the regional and international levels, these positive steps are being taken on slightly different paths. For those athletes on the international level, it’s all about the stopwatch.

But for runners, it seems the lack of team training and racing has driven a huge rise in community spirit and self-awareness. So, whilst pressure still surrounds running at this level, the overwhelming sense of excitement and enjoyment Warwick’s athletes felt at the races provides a much-needed reassurance that, going into the future, the competitive, fun nature of the sport will still be what carries runners through.