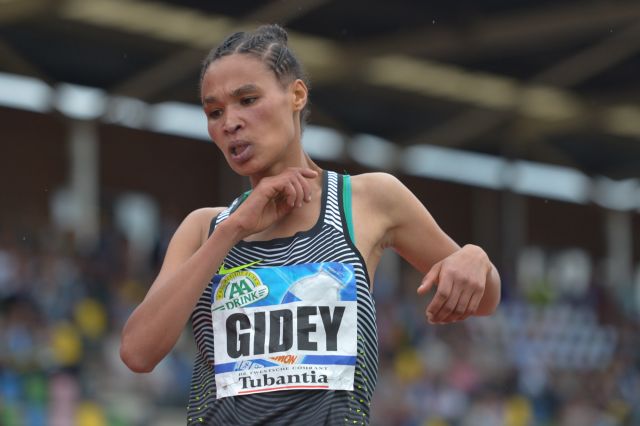 On 24 October, Letesenbet Gidey of Ethiopia broke the women’s half marathon world record by an astounding 70 seconds. In achieving a time of 1.02.52, she became the first woman to break the 63-minute barrier. After a handful of other marathon and half marathon records have been broken over the last year, it has brought much attention to the event, as questions are being raised over why and how records are being broken so often and by such big margins.

Gidey set her record at the Valencia Half Marathon Trinidad Alfonso EDP. Last year, she also broke the women’s 5,000m in the city and saw the 10,000m record coming her way only a year after in Hengelo. This period of world-class race experience, combined with her impeccable form, helped carry her through a race which couldn’t have been better planned or paced on 24 October.

From the beginning, Gidey was well onto the world-record pace. She reached the 5km mark in 15 minutes and continued her strong form throughout the opening stages of the race. Her second 5km saw her run a negative split as she reached the 10km mark in only 29: 45s. With such a strong start to her race, she was still able to cross the line comfortably within the world record time, despite a drop in pace over the last 5km.

When races started again, athletes were itching to get to the start line, and were entering these races in some of the best form of their careers

In a post-race interview, an ecstatic Gidey declared that: “I’m so happy to break the world record in my first half marathon. I knew I could run this kind of time as my training sessions in the altitude of Addis Abeba have gone very well.”

However, she wasn’t the only runner to break a marathon record in Valencia on the day. Kenya’s Abel Kachumber also took the men’s half marathon record in 58:07 minutes. These two runners became two of a growing group of athletes who have broken a long-distance event record in the past 12 months.

Achieving such a feat is something which every athlete may aspire to do. But it is an accolade usually only reserved for the golden few. So, with all of these records being taken, much discussion has been started about why so many athletes are joining this ‘elite club’ of world record holders. One of the first and most surprising factors that could be at play here is the pandemic.

For many athletes, periods of extended lockdown denied them access to world class training facilities. However, for a marathon runner, who needs only a pair of trainers and a place to run, extended lockdowns with no competitions brought long and uninterrupted blocks of training. Not only does this mean that when races started again, athletes were itching to get to the start line, they were also entering these races in some of the best form of their careers.

Unlike in a normal racing season, where an athlete’s training is tailored to create peaks in their fitness which align with the competition calendar, the pandemic has allowed athletes to simply become more fit, more conditioned, and more consistent in their training. Along with this adaptation of training programmes, large developments in running technology have also been made.

Most famously, it was noted that when Eloid Kiptchogie broke the two-hour marathon barrier in 1.59.24, he was wearing the Nike Zoom Vaporfly Elite. These trainers have a ‘carbon fiber plate and high sole height’ to enhance the way an athlete moves through their foot when running. The use of technology in competitive sport has always been one of controversy. It begs the question of how much of a performance is controlled by the athlete, and how much is enhanced by the technology. But this notion of control can also be seen in the conditions athletes are racing under.

If perfect conditions are being manipulated for runners, will the sport just become a race for robots and not the exciting and gruelling contest it started as?

The vast majority of the marathon records have been broken when athletes are running in near perfect environments. This includes events becoming ‘elite athletes only’ following the pandemic, courses being adapted, and technology, such as pacing lasers, being implemented into races.

It could be questioned whether all of these new advancements align with the ethics of the sport. But finding the answer to these questions could be much more complex and lie in what the individual believes the purpose of the competition to be. Are events held now as races between one man and the next, or are we reaching a point in sport where the science is advancing so rapidly that now the race is only between man and the clock?

If athletes with such natural ability are able to perfect their craft in such a way that they can deliver world-class performances time after time, it is easy to understand why they wouldn’t want to be denied this opportunity if such perfect conditions can be created. But with the best atmospheres in this sport coming when one runner is pitted against another, are we denying the underdog their opportunity to spontaneously break through, or the ‘perfect’ runner the chance to have a bad day? By making racing a game of man vs time, are we losing the unpredictability that makes sport so special?

Athletes are all human, if perfect conditions are being manipulated for runners, will the sport just become a race for robots and not the exciting and gruelling contest it started as?