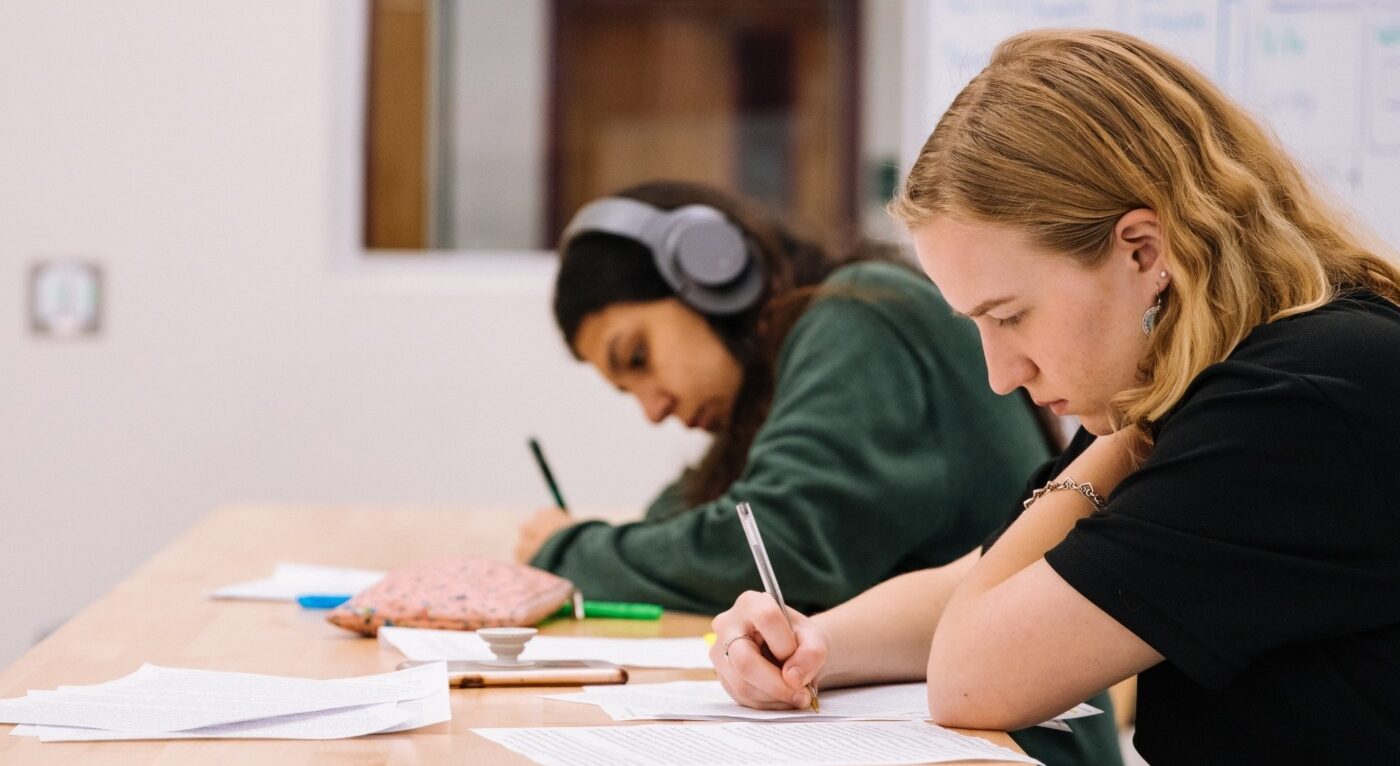 Throughout the 2020-21 academic year students lived, learnt, and suffered through the Covid-19 pandemic and the many lockdowns and restrictions the government imposed on the country in response. The impact and cost upon students are often overlooked as the young are expected to get on with their lives, so The Boar wanted to investigate the costs of the last year on students.

The survey for this investigation of students at the University of Warwick asked students about their experience over the last academic year, to gauge the scale of loss in three terms: economic, social, and academic. Respondents were a mixture of all undergraduate years and some master’s and PhD students; all were full-time students with a mixture of university-based and distance/home learners.

With rent strikes occurring at multiple universities, a major concern was paying for unused accommodation. 70% of those surveyed said they weren’t offered a rent rebate with around 10% getting out of their housing contract. The National Student Accommodation Survey 2021 polled 1,355 university students between 20 January and 8 February 2021 and estimated the total amount spent by students across the UK on empty rooms at the time amounted to nearly £1 billion. The average amount was estimated to be £1,621.

Up to £2500 of rent could have been wasted per student

The average rent for students was found to be £146 per week (pw). The West Midlands average, where Warwick University resides, was £119pw. To calculate the maximum amount of weeks an average Warwick student could have spent away from university one must consider that many returned home for Christmas and did not have in-person teaching again until 17 May. For most students the number of weeks away from university could amount to 22 weeks, meaning up to £2500 of rent could have been wasted per student. However, with the November lockdown and lack of in-person teaching in term three for many Arts and Social Science students, this could have been higher for some.

It is difficult to quantify the loss in tuition fees’ worth across the year due to the differences between courses and individuals’ experiences. Term one delivery was “blended” learning, which then shifted to online-only in term two, with some subjects then returning to in-person teaching in term three. Although many courses at Warwick only had teaching during the first two terms, with summer reserved as exam and assignment season.

However, with each term costing around £3,083 and term two being online, this indicates that students paid at least £3,083 for an experience that was wholly not what was advertised for the year. With little contact in term three and many courses ending teaching before the 17 May return, this meant students missed out on the campus experience. One student told The Boar, “I missed being able to walk to campus and feel the buzz of people all around me.”

This is on top of a term one plagued by a shaky move to “blended learning”, and mass self-isolation in both halls and the surrounding area. Combining the general experiences of each term, the argument could be made that no terms warranted the £3,000 students paid for each.

If the advertised experience occurred only until the reading week of term one, this means that the remaining £7,708 for the year was spent on an academic and social experience that was subpar for many students, as the survey for The Boar Features reveals. One student said “if the university had been realistic, not falsely advertising teaching would be “back to normal” and keeping students’ hopes up each term, I would have considered deferring.” Over 90% said they felt they had missed out on the ‘university experience.’

This value also discounts term three last year, and the shift to blended learning and online lectures well into the current academic year. Accounting for this, if a student was at university during all three years of disruption the total spent on a non-normal experience could far exceed £10,000 or £13,000. A student who began university in 2019-20 will end up spending half or more of their university life on a non-standard education experience, while paying fees the same as for a normal year.

The personal cost was less dire, with 3/4 of survey respondents finding they had spent less this year. One student reported that “on one hand I’m losing money from rent but on the other not going out means I save a lot.” Although, not being able to leave their residences for much of the year had its own toll – with one person saying, “staring at the same walls of a flat for most of the past year is not the most inspiring for learning.”

Economic loss is easier to gauge quantitatively, but the academic loss is harder to grasp. However, 90% said that their academic experience had suffered in the last year, identifying the lack of in-person seminars, library access, and “adequate support and safety net” as common reasons.

Lockdowns and online learning weren’t the problem; the problem was the university

One student told The Boar: “…[online teaching] is very demotivating and my concentration has drastically reduced…it feels like we have been teaching ourselves at times.”

Another said: “One of the big benefits of university is meeting other people and collaborating with them – there has been little of that this year, and there has not been much effort by the university to help students to meet others.”

One summarised their experience by saying “lockdowns and online learning weren’t the problem; the problem was the university.” They highlighted the lack of content in seminars, little support for assessments – and how some tutors used the pandemic to justify these issues, while students weren’t able to use the pandemic as a reason “when struggling with assessments”.

The survey highlighted other common struggles, including increased difficulty in contacting tutors, struggling with poor Wi-Fi, and a lack of routine. One student said: “I have midnight seminars because of the time zones, also it’s harder to get library books/meet up with classmates to study.” A recurring issue respondents raised was the lack of online resources, which varied widely by subject.

Other common experiences shared were feelings of disconnection and apathy about their course due to distance, lack of contact, and fewer “conversations with coursemates and academics”. 60% said they had found contacting tutors harder. This became more acute in term two with the shift online with one-quarter finding the move wholly bad for their experience and 2/3 having mixed feelings.

The move online exacerbated the lack of interaction with the feeling of missing out on the ‘university experience.’ Lack of access to society events, decreasing passion for their subject, and loss of “the social aspect of academic teaching” and “freedom, friendship, and exchange of differing ideas” were all issues raised by students.

Within the bad experiences, respondents identified some positives – such as universal lecture capture, self-certifications, the possibility of online tutor meetings, and asynchronous tasks.

When asked the top thing they wished to remove from last year, 5%  listed online seminars and small-group teaching. 25% cent listed online lectures, and one student responded that “the expectation that online learning is the same level as in-person” should be, “because it is not.”

Of those surveyed, 2/3 said if the blended approach continued next year it would lead to a worse academic experience. Warwick’s plan, however, is to do just this.

In terms of the social cost: societies, socials, circling, in-person classes, and full access to sports and music facilities were highlighted as areas of loss.

How can Warwick celebrate internationalism when students this year have not had the opportunity to truly meet and engage with people from across the globe?

Spontaneity and random interactions were common things students missed, one student said “online socials are okay, but they don’t have any random interactions.” Another felt that societies seemed closed off to new members due to events occurring online. With the vast majority feeling that their societies were unable to properly function, having only a few near-normal weeks in late term three, students voiced fears that society and club recruitment would be negatively impacted in the future. Many reported that they struggled to fill their execs.

One student summarised the loss socially by saying there was an inability to “just meet or speak to strangers” whether at events, in the library, or a café. They further identified loneliness and the smaller world imposed on students as problems, at a time in life where people expect to broaden their lives. They also asked, “how can Warwick celebrate internationalism when students this year have not had the opportunity to truly meet and engage with people from across the globe?”

70% surveyed said they were unable to make the friendships and relationships at university they had expected to, particularly for first-years and new master’s students. Looking past this loneliness and isolation, respondents had a mixture of optimism, often fuelled by nostalgia, for the future. One said, “I’m looking forward to being in a large community again rather than groups of 6.” Another said, “I can’t wait to see people walking, laughing and studying everywhere. I never realised how much I loved a campus university until now.”

In recognition of the events that took place last year, this year’s full-time officer has committed itself to being led by the student voice to ensure accurate representation

The overall judgement on the year was harshly negative of the institutions surrounding students. 60% said the university had handled the year badly and 85% said the Students’ Union had handled it badly. One person said that they felt the SU “did nothing to help students” last year.

In response to The Boar, SU President Shingai Dzumbira said:  “In recognition of the events that took place last year, this year’s full-time officer has committed itself to being led by the student voice to ensure accurate representation. In line with this, we put out an online survey which resulted in over 2000 student responses and allowed us to successfully secure Term 2 and Term 3 teaching without restrictions from the university. This was alongside the agreement we had with the university to allow societies to use university rooms without restrictions in Term 1. Hopefully students would recognise these efforts made to change the direction of the SU to becoming truly representative and student-focused.”

A spokesperson for the Univerity of Warwick stated: “We value feedback from our students, and we are actively listening to them so that we can continually improve as a community.

“Last month, Warwick was named as the University of the Year for Teaching Quality by the Sunday Times ‘Good University Guide’, and runner up for the University of the Year, due to strong student endorsement of our response to the pandemic. Over 70 per cent of Warwick finalists took part in the 2021 National Student Survey (NSS), ranking us third in the Russell Group and in the top 20 UK universities for overall satisfaction.

“As was submitted to the recent PULSE survey from the Warwick SU, overall student satisfaction with university life saw an increase this year, with students responding that they appreciate efforts to provide more social and study space, as well as sport and exercise facilities.”

When reflecting on the years’ costs, exacerbated by institutional failure, over half said their life or plans had been set back, with 75% believing many of the losses of 2020-21 to be permanent.

As one student said on the extent and permanency of the losses: “Deaths, national distrust, social anxiety in crowds, missed years of education for younger years, the arts and all the small businesses that have struggled… I don’t see the pandemic as just how it has affected me, there are bigger fish to fry.”