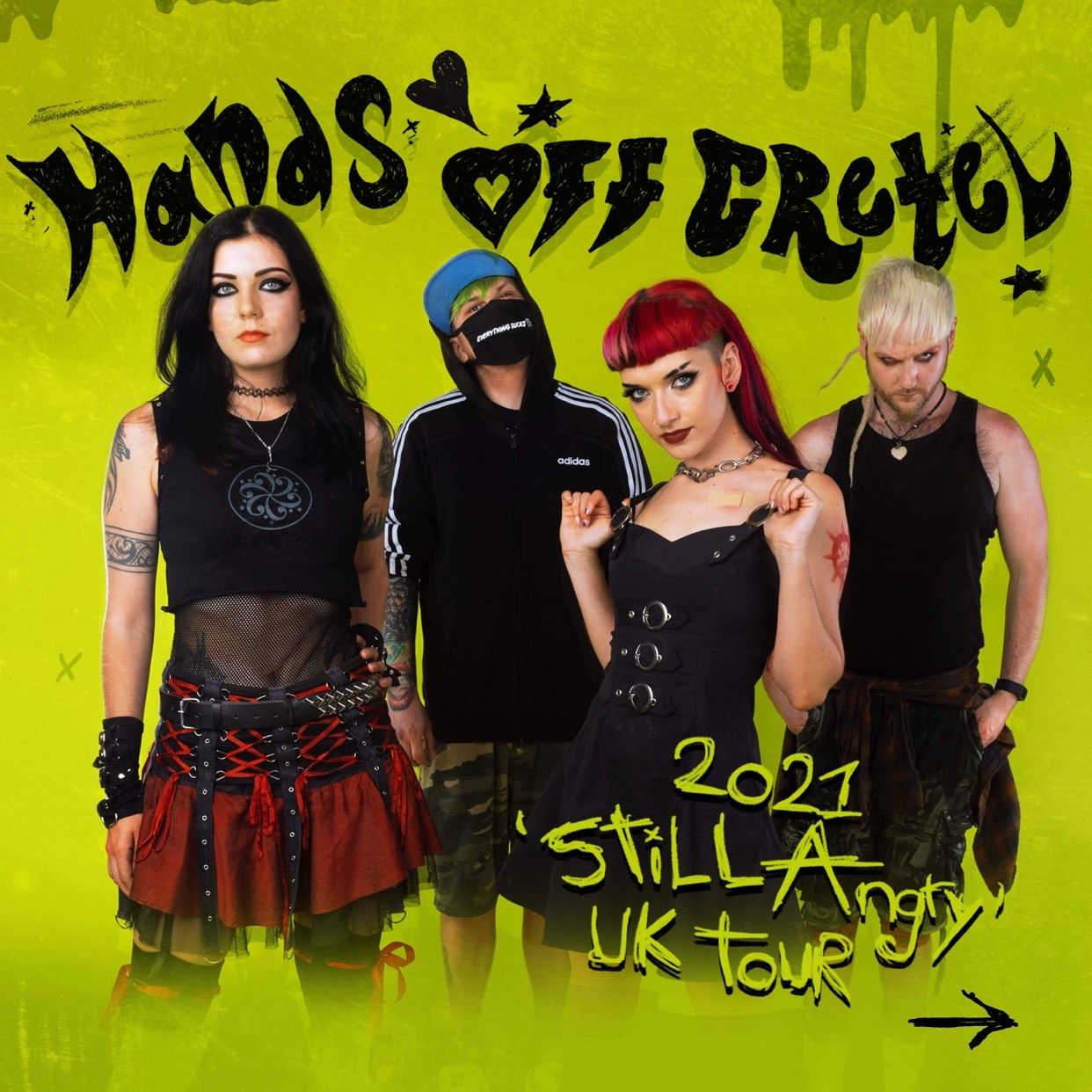 “We have a mirror in our dressing room! We have a kettle!” exclaims Hands Off Gretel frontwoman Lauren Tate. There isn’t a hint of irony in her voice when she talks about these everyday items, which become novelties when you’re living life on the road. The back rooms of Birmingham’s O2 Academy are positively luxurious compared to most of the venues they play. More often than not, their dressing rooms don’t have mirrors, and Lauren and bassist Becky Baldwin end up doing their makeup for the evening’s show in the toilets. Guitarist Seán Bon is, in his words, “ecstatic” about having designated storage space for his gear when he’s not playing. Drummer Sam Hobbins is waxing lyrical about the sound systems in newer, flashier Academy venues: “That’s what you go to [these places] for! You want good sound! We were sound-checking earlier and I was like ‘This sounds so fucking great on stage, so it’s going to sound killer for the audience.’ That’s what matters most.”

This is the life of touring the toilet circuit, as it is affectionately known, where the rooms are small and sweaty and the floors are sticky or covered in old-fashioned swirly carpets. They’re not always as pristine as the room where the Barnsley punks are playing tonight, but it’s part of their charm. They’re intimate and special, stuffed full of memories of good old-fashioned punk rock shows past. It’s these venues that Hands Off Gretel are taking in across the country on their 25-date Still Angry tour, rescheduled multiple times since their original dates in May 2020 for obvious reasons.

It was weird not having any gigs, not really being able to promote the [Angry] EP [released in early 2020], but then it’s as though no time has passed at all

It’s been surprisingly easy for the band to regain their momentum after almost a year and a half of not playing shows. “It was weird not having any gigs, not really being able to promote the [Angry] EP [released in early 2020], but then it’s as though no time has passed at all,” says Lauren. “We’ve come straight back to it and it literally just feels like yesterday. It’s been quite surprising because obviously we’ve not released any new music and everything had come to a stop with the band.”

She certainly hasn’t spent the enforced break sitting twiddling her thumbs, waiting for Boris to give the green light for shows to return. In the time away, Lauren has created a punky hip-hop side project as her alter ego, Delilah Bon. She released her self-titled debut earlier this year, and more recently a Halloween-themed EP, Ready To Kill. “It’s been nice having both to switch between,” she says. “When you do too much of one thing, it starts to get repetitive, and you take it for granted.” It’s been keeping her busy even while on tour where, between shows, she’s been arranging merchandise orders and confirming the artwork. “You remind me of Vishvakarma, the goddess with eight arms,” Seán tells her. “How do you do all this stuff?”

“The second my brain stops and I have nothing to do, that’s when all the depression kicks in,” she says. “Everybody says, ‘Lauren, you’re overworking yourself, you should take a break,’ but when I do, I’m like ‘Oh god, what is the meaning of life?’. I end up staring at the sky, just looking at the moon, thinking, ‘Oh god, I’m so alone in this universe’.”

“Time in the context of the touring environment means nothing”

Life’s certainly not slowing down now that they’re back on tour, especially not when time in the touring world moves so differently from how it does outside of it. “Time in the context of the touring environment means nothing,” says Seán. The hours whizz by when you’re bound by routine – wake up, get in the van, hit the road, arrive, soundcheck, eat, play, sleep, repeat. There’s hardly time for sightseeing or taking in the culture of the city you’re in, and most of what you see is the venue.” It’s perhaps all the more impressive, then, when artists can squeeze other projects into the crevices of spare time that might pop up throughout the day. “It’s bizarre how any band finds time [to do other things]. They’re like wizards and witches!” Seán continues. “I can’t imagine [writing on the road] right now. I’m not getting a guitar out in the van! I don’t want to crash with a guitar in my hands!”

Not everything on tour is exactly how it was pre-pandemic, however. Though technically we are “back to normal”, and the return of live music is a sign that nature is healing, the threat of COVID-19 hasn’t completely gone away. Mitigations are in place, such as thorough testing regimes, so if any one of the band or their touring party tests positive the whole tour is in jeopardy – which means money lost and disappointed fans. It also means post-show meet and greets with the fans who hang around after the encore are off the table. “I’ve been staying back,” says Lauren, partly because for most of the tour she hadn’t been fully vaccinated (she has since had her second dose). “It’s really weird. It’s so unfair because you just can’t give as much as you would have [before the pandemic] because you’re just so aware of it.”

There has been one benefit to this, however. “I’ve not been ill at all!” she continues. “I usually get ill [on tour]. I always get a cold and a cough and I lose my voice. I’ve just realised it’s not me; it’s other people that make me ill. I used to think it was my technique not being very good, or I was drinking too much or not having enough water. But it’s other people’s germs!”

Nevertheless, Hands Off Gretel truly are back in business, and the Angry tour won’t be the last we see of them. Indeed, they’re already teasing their next chapter. The band has debuted a new song, ‘War’, on this tour, sending fans in the Facebook groups into a frenzy as to where they might find this song on the internet, or whether it means new music is coming. “There’s no album just yet, but I’ve got songs ready. We’ve only practised bits and bobs, but I’ve written quite a lot,” confirms Lauren. “That’s probably what we’re going to do next. People are ready for an album.” 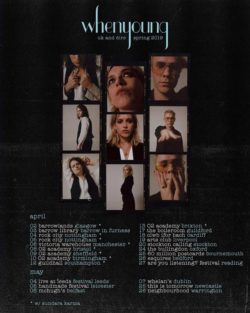 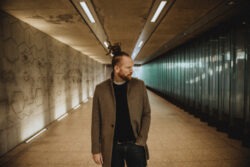